In the framework of the annual Sonderborg research festival, Maria Alm and Kerstin Fischer contribute with a talk open to the public on intonation, explaining how German and Danish participants in a study reacted to native speaker utterances with intonation from the other language. The talk is also presented in writing in the brochure Forskningskanonen (“the research gun”, in Danish only; read it here on the webpage for Forskningskanonen). 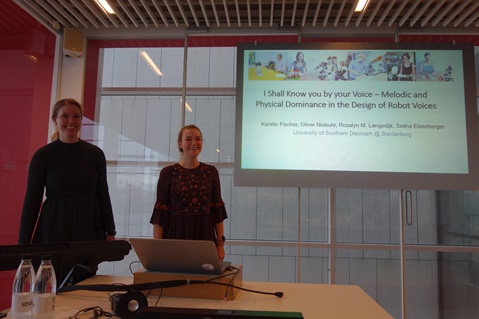