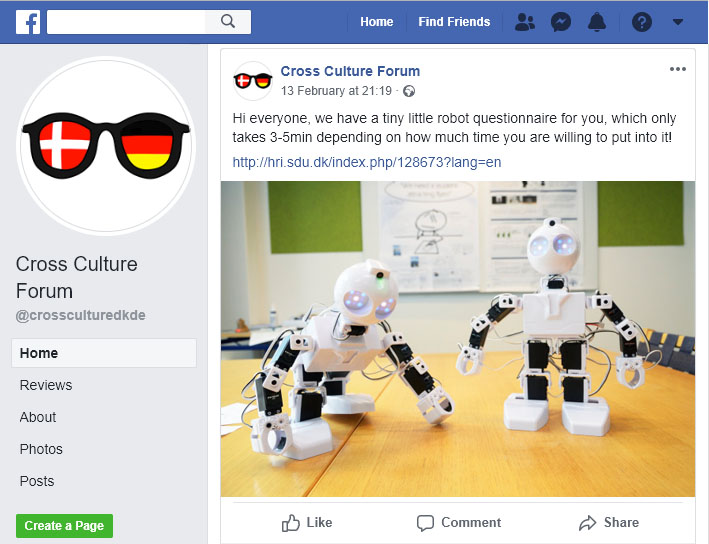 The Cross Culture Forum is a project funded by BHJ Fonden with the aim to collect observations on intercultural differences and communication problems in the Danish-German border region, to structure and organize these observations and to give knowledge back to the community in the form of a quiz.

At the heart of the project lies a Facebook page that provides a platform for the discussion of aspects of culture in Denmark and in Germany, and it addresses everyone who has observed some intercultural differences between the two cultures, for instance, because they live or commute across the border, or who can just contribute cultural knowledge. The projects aim is to increase cultural awareness and to facilitate the dialogue between Danes and Germans. 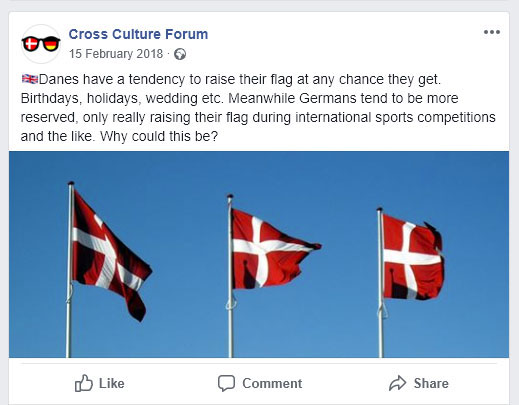 Example of a weekly question: Why are Danes so fond of their flag?

Concretely, we post one topic per week to initiate a discussion on some interculturally relevant topic on which participants may comment and share their own experience. The forum is interactive, and participants are invited to send topic suggestions for further discussion. A topic suggestion can be either a general cultural observation, a specific situation participants experienced and would like to share and hear others' opinions on, or a question about the other culture.

The Cross Culture Forum is trilingual and participants are welcome to contribute in German, Danish and English, whichever language they are most comfortable with.

Sara Selina Eisenberger presents a quiz on Danish Culture and Danish Language. The quiz is available in Danish, German and English. (February 2019).

A sample question from the quiz: What does it mean to go cucumber?

Maria presented her findings in English.

National nutritional habits are a rich source for stereotypes.

The project has lead to many observations and ideas, which we follow up on in scientific studies (see publications). Furthermore, a paper on the crowdsourcing approach used in this project is in the making.

Moreover, the observations collected were cast into two questionnaires:

- a fun quiz on Danish/German stereotypes
- quizzes on Danish and German cultural and language knowledge in Danish, German and English

Some information on the project can also be found in Maria aus der Wieschen’s presentation Border regions and social media at Business College Syd (April 2018).