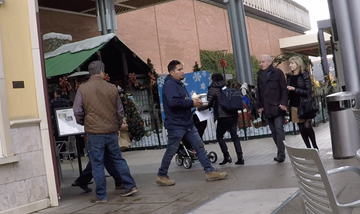 Together with Kristian Mortensen and Johannes Wagner, Kerstin Fischer organizes a scientific network on Traffic as a Mutually Adaptive System: Interdisciplinary Understanding of the System Characteristics of Traffic. Our partners comprise David Sirkin and Rebecca Currano from the Center for Design Research at Stanford University, Wendy Ju from Cornell Tech, as well as Ole Jensen, Antonia Krummheuer and and Matthias Rehm from Aalborg University.

Lars Christian Jensen helped the Trapholt museum in Kolding with an exhibition involving our turtlebot.

The Cost of Digital Life – A Citizen Science Project 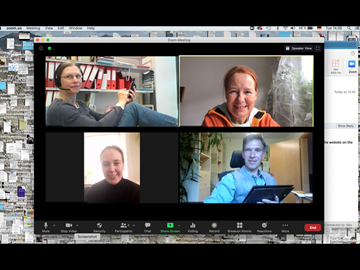 In the framework of SDU's talent program on Citizen Science, a group of talented students has developed a short quiz about the costs of our digital activities. Click here to go to the quiz. 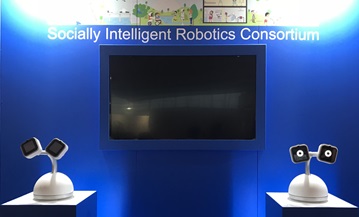 Haru: The experimental social robot from Honda research had been presented at the Socially Intelligent Robotics Consortium.

In the framework of the Socially Intelligent Robotics Consortium, we work on conversational openings and the initiation of interaction, activity-specific use of emotional expression, and role-specific speech and voice characteristics, along with other social cues, to maximize the social affordance of HARU. Furthermore, we study the timing of speech with respect to multi modal social cues and robot persuasiveness and credibility. 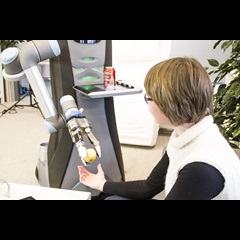 In this collaboration we investigate among other things how a large service robot, such as the Care-O-bot should approach people, pass by people, apply politeness principles and how it can by utilizing several modalities in synchrony afford natural human-robot interactions. 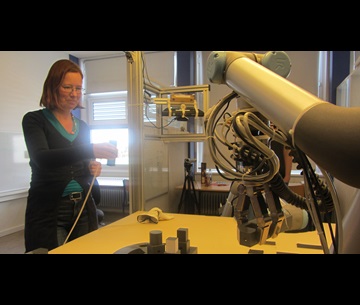 Programming by Demonstration (PbD), is a common way of programming new behaviours into robots and thus addresses “the problems of skill and task transfer from human to robot, as a special way of knowledge transfer between man and machine”. Teaching a robot new behaviours in this way is time effective, intuitive and it can be done by naive users so that costs for expensive programming experts can be saved. In this collaboration we not only investigate the efficiency of different control modalities, but also develop new ones.

An important aspect of contingency is the temporal proximity between the user’s behavior and the robot’s response. In this collaboration we investigate the degree to which robots that respond in contingent ways are perceived more intelligent, as more competent speakers, and as more engaging. Originally developed for the iCub robot the contingency  system was recently ported to work on the EZ-Robot. 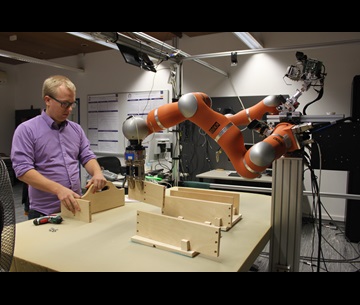 How do humans intuitively instruct an industrial robot in a collaborative assembly scenario? How can a robot's gaze be used to ensure smooth and robust human-robot interactions? These and other questions are addressed in our collaboration with the Intelligence and Interactive Systems lab and the University of Innsbruck, a short video of our work is on Facebook.