Robosapien 1.0: A blast from the past

The Robosapien is a vintage robot with – by modern standards – rather limited capabilities. Nonetheless, this feisty looking humanoid is an important member of the robot zoo in the HRI-lab Sønderborg. 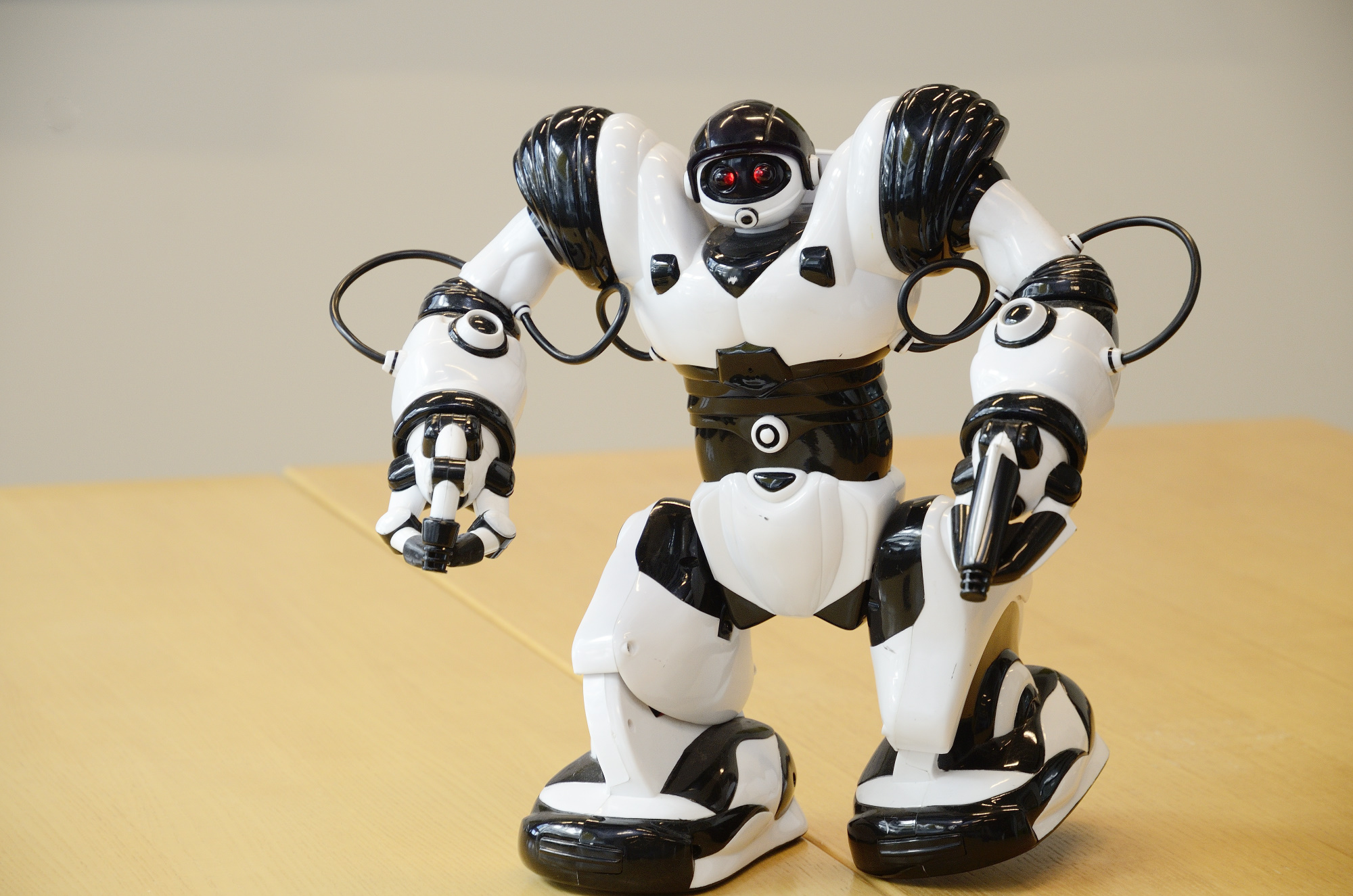 The Robosapien 1.0 was built in the early 2000s and – by the standards of the fast-paced robot industry – it is now a vintage robot. Nonetheless, first experiments with this little toy robot jump-started the Human Interaction Lab in Sønderborg many years ago.

Consequently, our Robosapien is considered the founding robot of the lab and still cherished by the team. Robosapien is an inexpensive, yet versatile toy robot. It may look menacing, especially when the red LEDs in its small eyes are illuminated, but it is actually a friendly little companion that can do anything from Kung Fu fighting to rapping or dancing.

The robot does offer a wide repertoire of movements and sounds, but these are hard-coded non-programmable routines.The robot has to be operated via old-fashioned remote control buttons which makes the operation inflexible. You can e.g. let Robosapien do its caveman grunts, but you cannot generate or play individual sound files for a real conversation with a human. 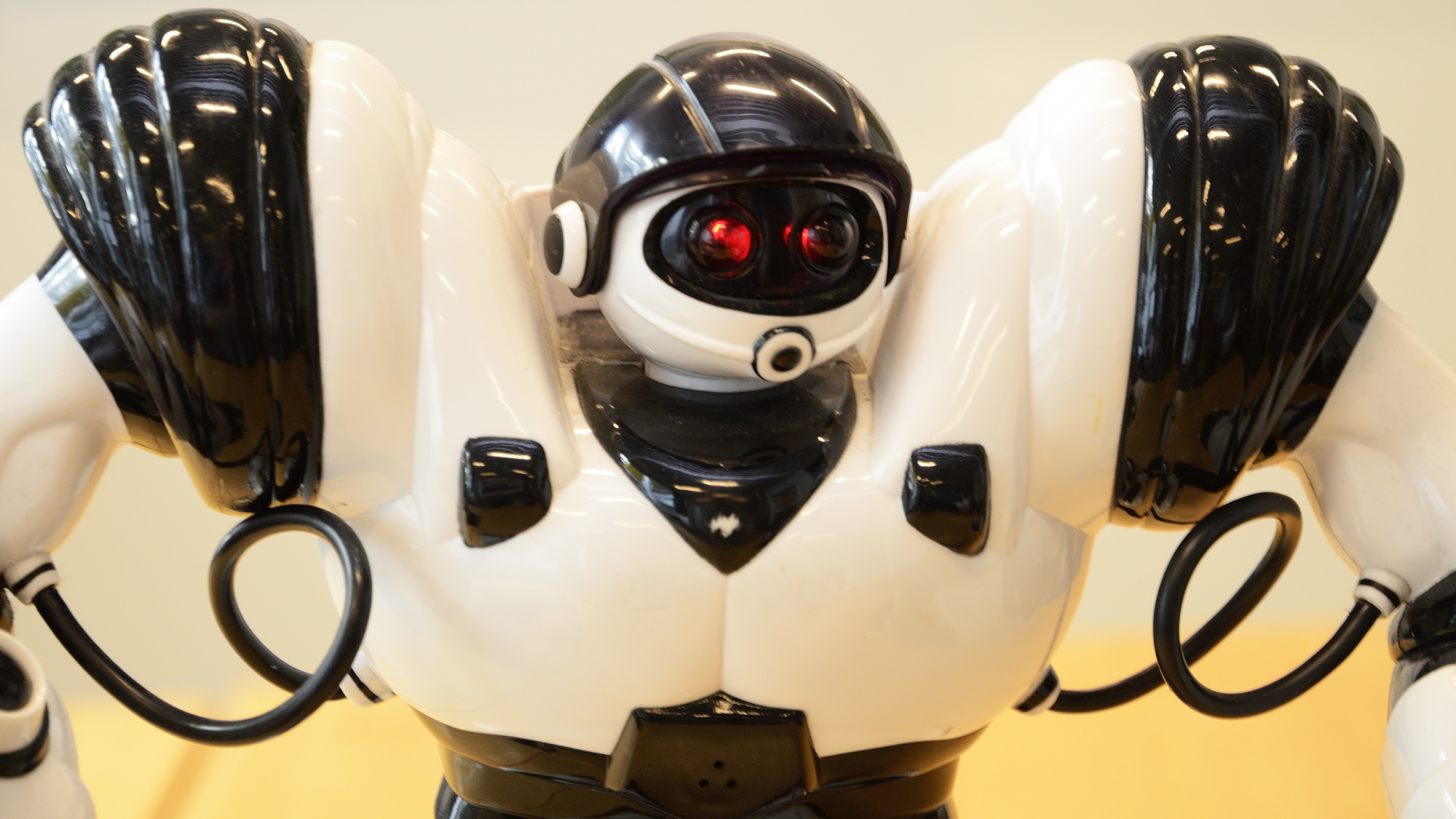 Always ready for attack: Looking friendly was obviously not a requirement in the design of this humanoid toy robot.

Touch stimuli or sound can trigger certain reactions, but this feature is rather basic, too. All in all, Robosapien v1.0 is capable to interact with humans on a very basic level. For more sophisticated interactions between robot and human, another robot model than the Robosapien v1.0 has to be chosen.

The Robosapien classifies as a humanoid robot because it resembles in some way a human being. It walks on two powerful legs, it has two strong arms with movable gripping claws and a V-shaped upper body. A tiny head with illuminable eyes completes the package. All in all, it looks like a crossbreed of a Stormtrooper and a professional bodybuilder. 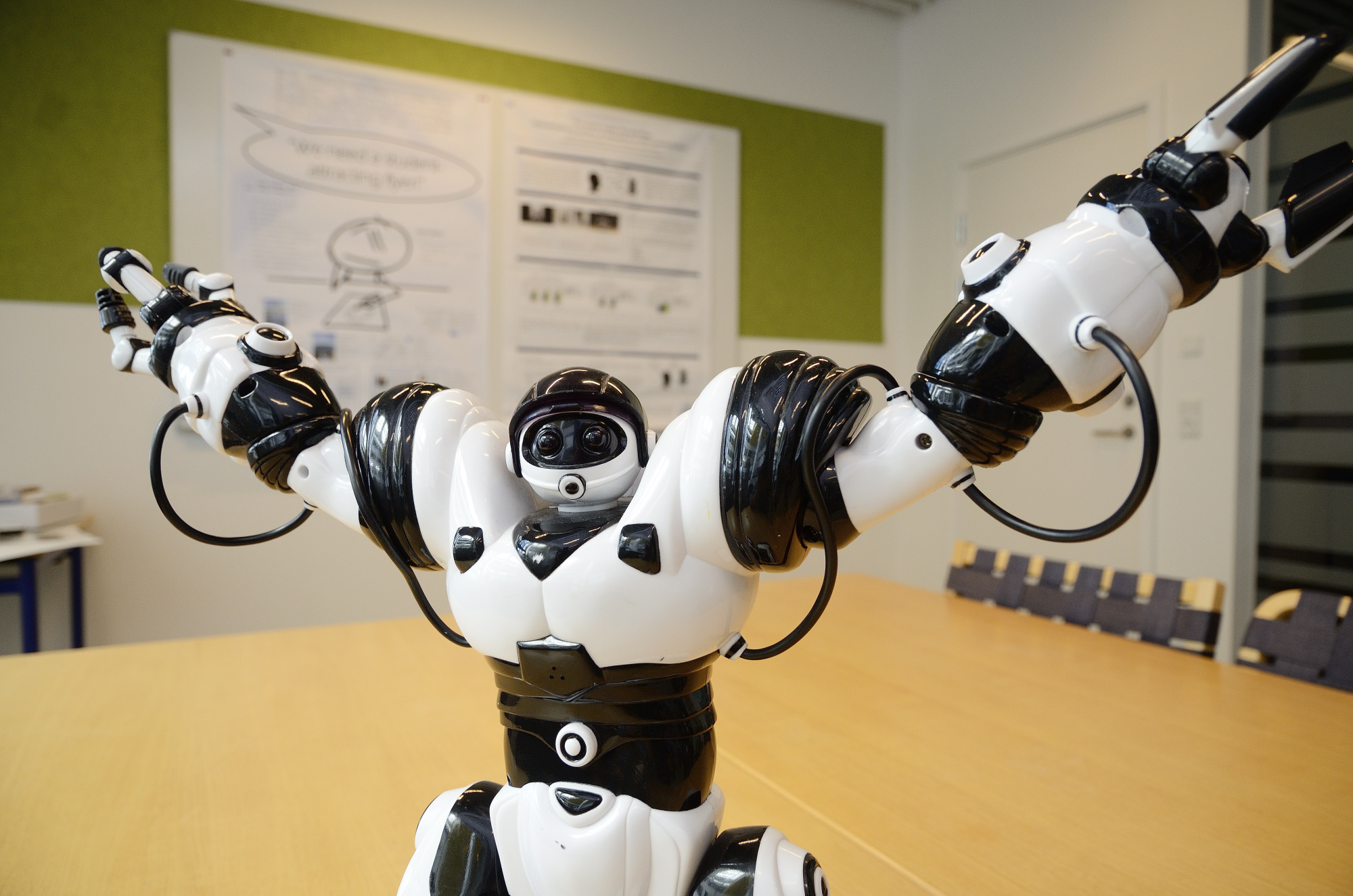 Showing off: The front double biceps pose demonstrates the powerful arms and the large gripping claws of the robot.

Robosapien 1.0 was shipped with an infrared remote control. It was built way before Apple revolutionized the IT-industry by inventing the iPhone. Consequently, you can not operate this version of the robot by a flashy app, as you would do with modern toy robots such as its successor Robosapien X. The remote control of the vintage Robosapien 1.0 has instead a fixed set of basic movements for basic movements (such as walking) and even for complicated behaviour patterns (such as certain preprogrammed dance moves).

Due to its built-in microphone, the robot is able to detect sound and to react to it. It can speak via a small built-in loudspeaker unit. It even has an own language, if you classify the caveman grunts that the robot is able to generate as such a thing. As Robosapien is designed for the entertainment of children, it is able to generate certain noises that please this selected audience. It can e.g. burp, belch, fart and do other weird sounds. Robosapien is able to walk, run and turn as it has fully functional legs. The arms are fully functional as well. Robosapien can move them in various directions and use his gripping claws to grasp things.