EZ robots are popular personal robots with a wide range of possible applications. They can be easily identified by their large LED-eyes and distinctive servo-driven extremities. 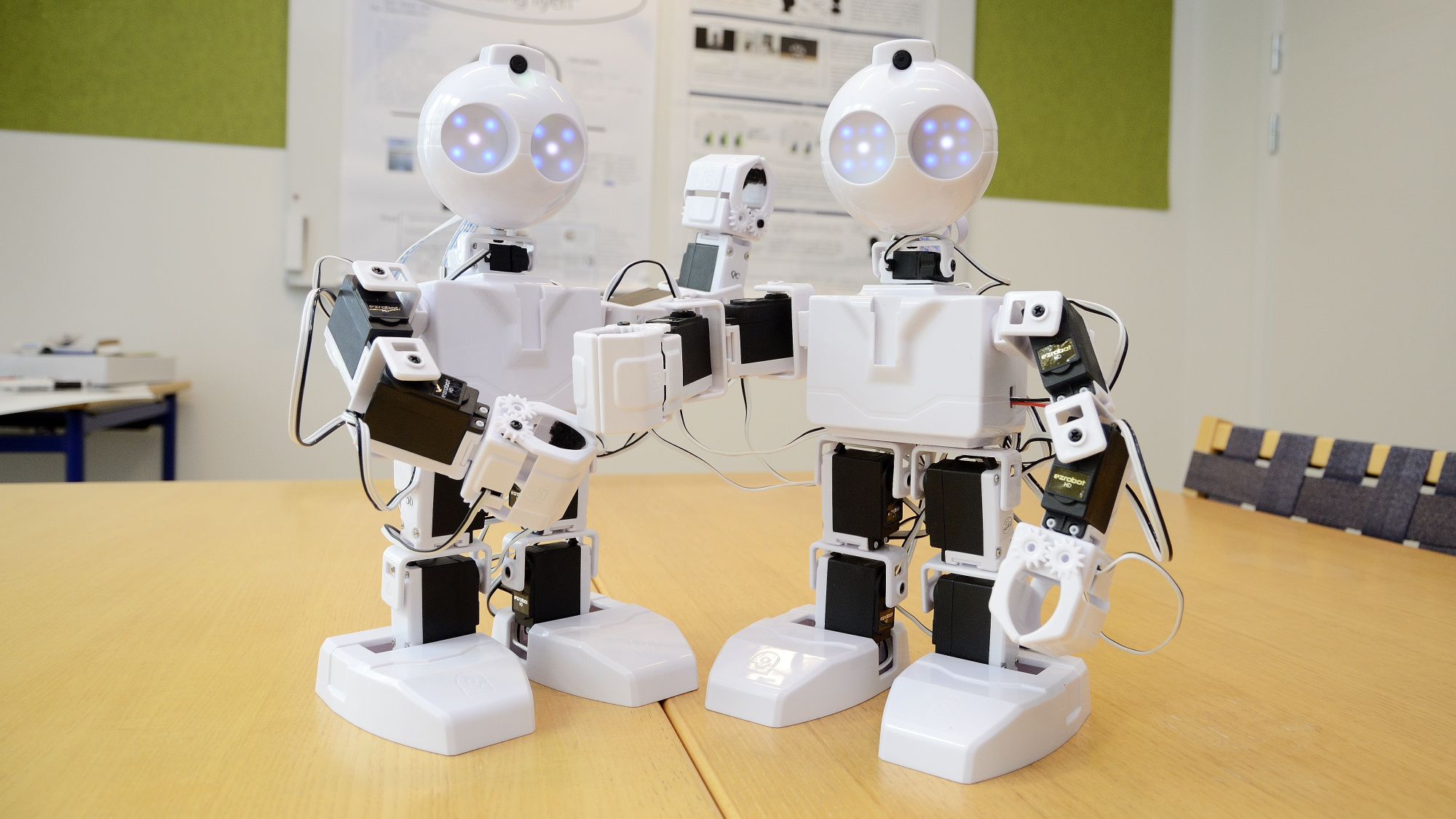 The JD Humanoid robot had been invented by the Canadian company EZ-Robot Inc. This robot is part of a larger product family by EZ Robot. For convenience, we often refer to the JD Humanoid as EZ Robot in the HRI-lab.  Its robot family includes, for example, the Six Hexapod which is a robot walking on six legs, the AdventureBot, a two-wheeled robot that is stabilized by its rigid tail and the Roli Rover which resembles a lunar roving vehicle. All the robots mentioned above share the same modular design. The JD Humanoid is the only robot in this group that resembles a human being.

Using the robot in the lab

PhD Student Lars Christian Jensen explains the use of social robots in the HRI-lab.

The JD Humanoid is used in our HRI lab primarily for experiments which involve interactions between humans and robots. The interaction is facilitated by the human look of the robot, this is also why the JD Humanoid is called a social robot. Humans enjoy interacting with it and identify the robot more easily as another human being.

It is a relatively compact robot with a height of only 33 cm. The manufacturer EZ-Robot ships the robot as a kit to assemble yourself. The assembly process is easy as you only clip the elements together. It also enables customizations of the existing design. 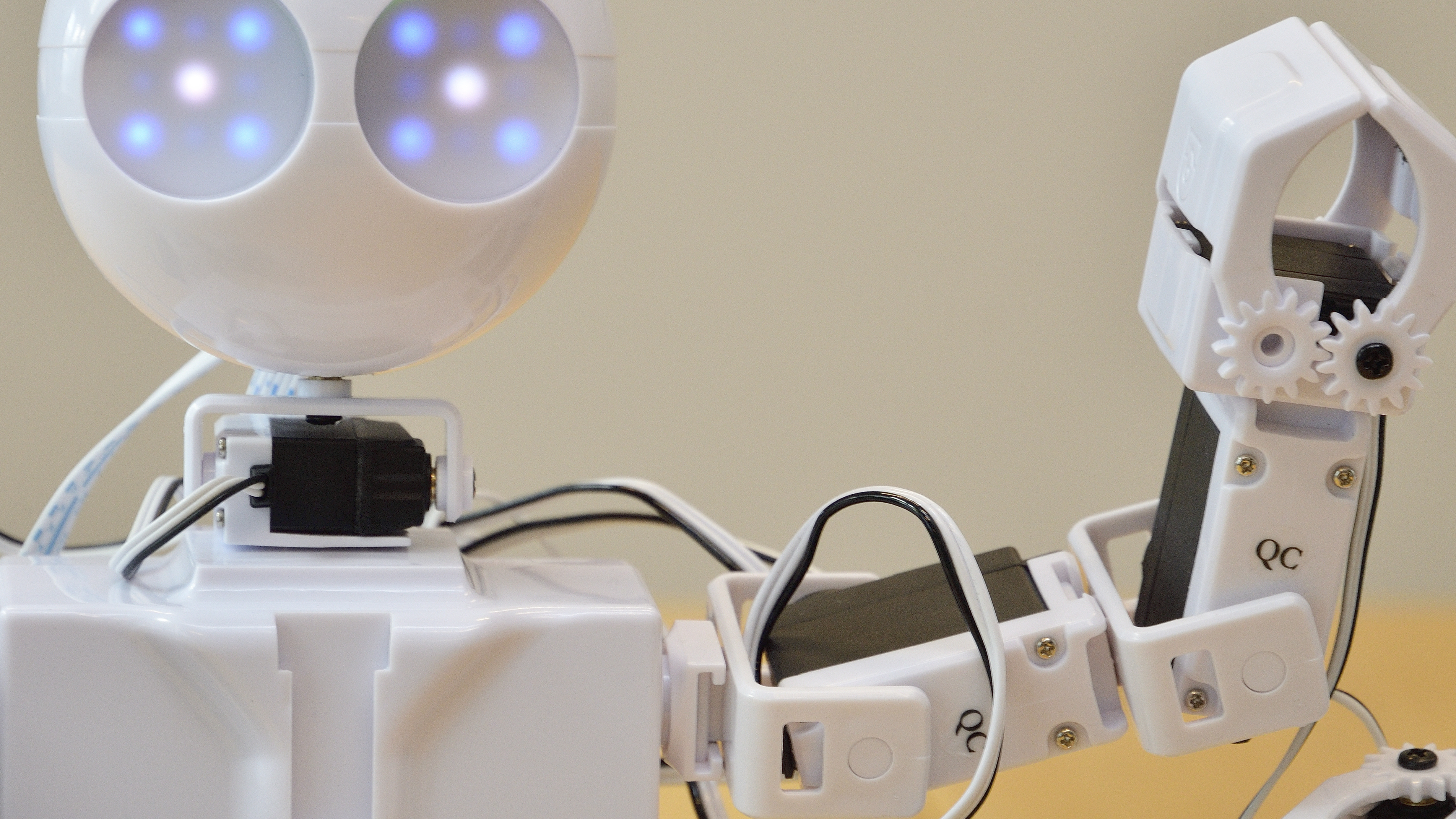 All extremities of the robot are driven by powerful servo-motors.

The open and extensible design of the JD Humanoid – and his robot siblings – is visually characterised by large openly mounted servo motors. These servo motors control the arms and legs of the robot. In addition, servo-motors operate the feet and gripping hands. In order to withstand long operating times, all servos are equipped with dual ball metal bearings. The gearing is made from metal as well.  The JD Humanoid is able to walk, to move arms and legs independently and to grip items with its hands.

The humanoid head includes a camera which is able to detect, track and observe its environment. Consequently, the robot is able to interact with e.g. objects, colours or faces in its environment. The video recorded by the camera can also be streamed to mobile devices and desktop computers. 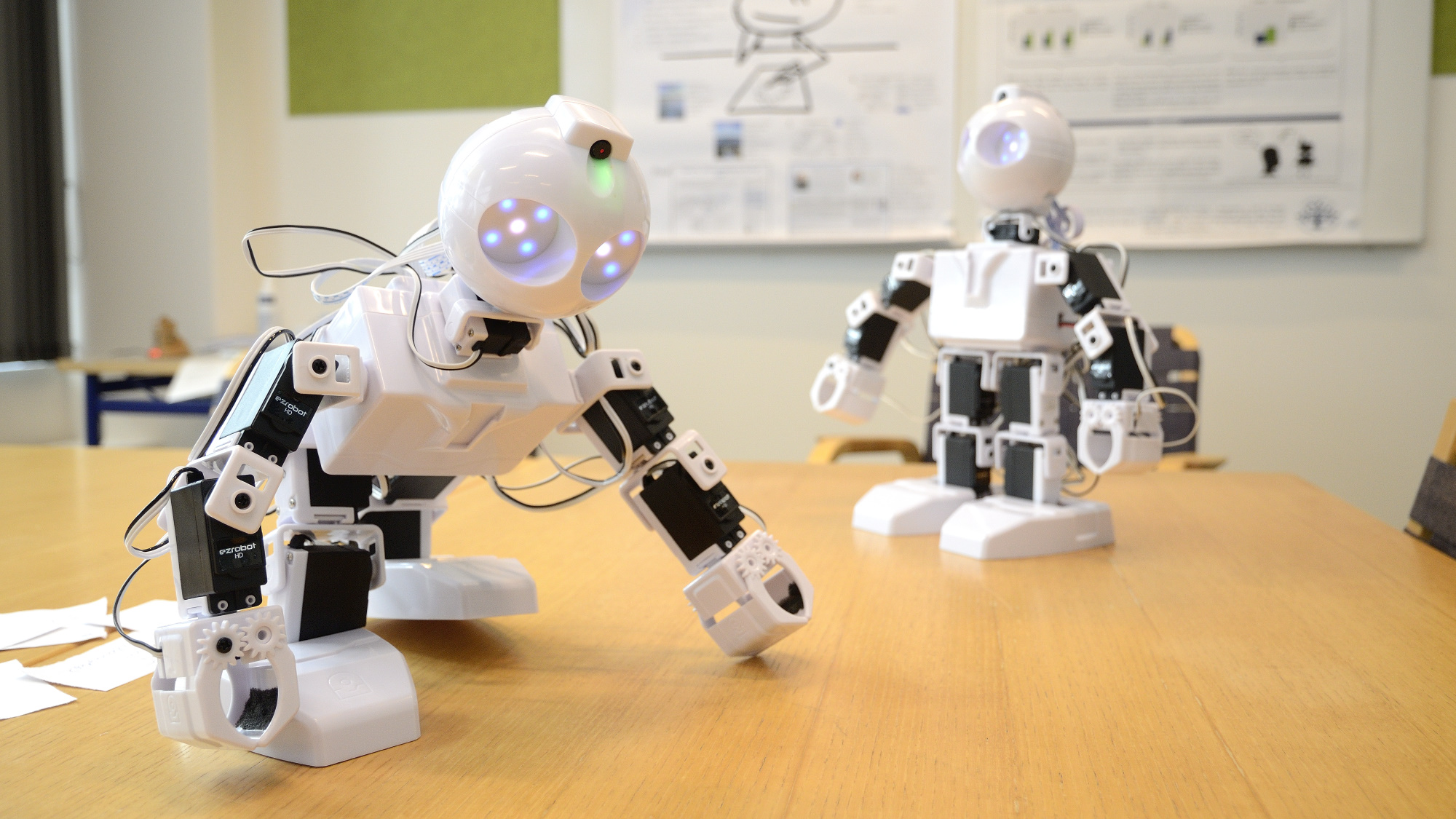 EZ robots are perfectly suited for human-robot interaction. They can talk, walk and resemble human beings. 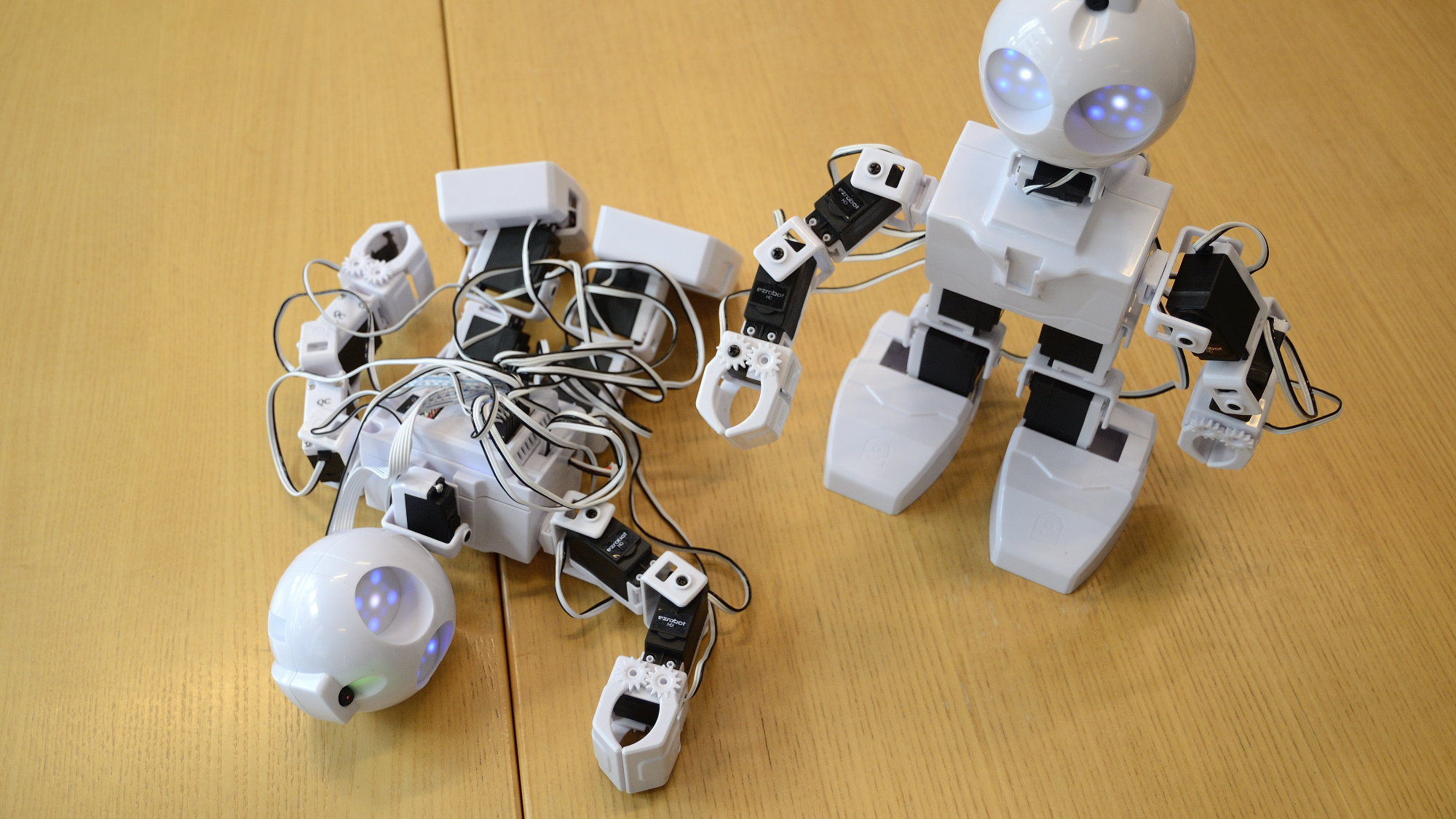 Controlling the robot can be tricky. It is quite common that it collapses completely if something went wrong.

The head has two big eyes, each of them contains nine RGB-LEDs. These LEDs are useful for displaying a wide range of expressions in the otherwise rigid face of the JD Humanoid. The gripping hands of the JD Humanoid allow basic interaction with soft and light objects. Gripping of hard objects may not work reliably with the JD Humanoid, therefore the manufacturer recommends using foam balls.

Another feature is the integrated speaker which is suitable for playing sound files. Audio can even be streamed in real time between from the controlling PC (or mobile device) to the robot. Due to the features outlined above, the JD Humanoid is all in all well suited for various social interactions with human participants in experiments.