Danish students will launch their own satellite next summer

The Danish Students CubeSat Program, DISCO, will, in collaboration with the Danish company Space Inventor, launch its first satellite on a Falcon-9 rocket in the summer of 2022.

The satellite will include a number of smaller student experiments as well as serve as a communications station for radio amateurs around the world. 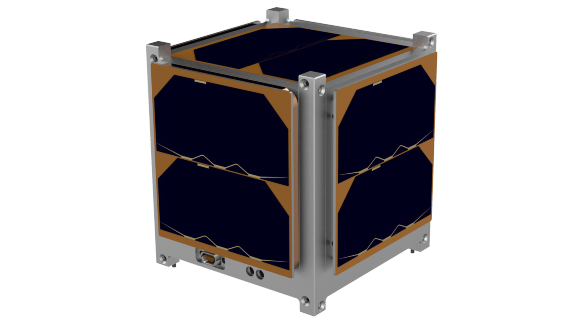 The launch of the first satellite has now been ordered from the company Momentus to take place next summer on a Falcon-9 rocket. The satellite will be a so-called CubeSat of 10 x 10 x 10 cm and with a mass of 1 kg.

The satellite will contain a series of small experiments that the students are currently working on defining.

More data down to Earth

One of the ideas is to investigate the possibility of using the same frequency as a regular wireless network, to communicate between satellites.  This could allow some of the subsequent DISCO satellites to send much larger amounts of data down to Earth.

The data could be, for example, images that show the development in the use of the Arctic regions as the ice around Greenland disappears.

As part of my bachelor project I am investigating if a CubeSat can be used for VLBI and construct a configuration for an antenna. The best part of DISCO is to be part of a larger project, but still with opportunities for putting my own contributions to use. The possibility that my work may be sent into space is pretty wild, says Rema Ahmid, Physics and Technology student at the Faculty of Engineering, SDU.

VLBI is short for Very Longe Baseline Interferometry; many smaller satellites working together as one big, powerful satellite.

DISCO has been developed under the Danish partnership for space-related education programmes.

All satellite missions have a cool mission patch and so must DISCO. We are, therefore, giving away an Astro Pi kit for the coolest mission patch suggestion for the DISCO program. For inspiration try to search for "mission patch" in a search engine.

Astro Pi is a small Raspberry Pi computer developed by The Raspberry Pi Foundation in collaboration with the European Space Agency, ESA. The Astro Pi kit consists of a Raspberry Pi 3, a Sence HAT card with a number of built-in measuring instruments, a camera and a power supply. The Astro Pi Kit enables you to develop experiments as those that could be performed on a CubeSat.

Proposals for a mission patch for the DISCO program must be uploaded to the DISCO Facebook page before 9 May 2021 to enter the competition.