How does it look when Earth is bombarded with dark matter?

A whole lot of zig-zagging: Perhaps that is what happens when the universe’s mysterious dark matter particles hit the Earth. SDU researchers can now show through simulations how it might look.

Planet Earth is constantly on the move, colliding with myriads of dark matter particles as it hurtles through space. Although no one has ever seen these mysterious particles, there is no question among physicists about their existence. That is why they have installed detectors around the globe in the hopes of detecting just a single one of them.

Dark matter particles can penetrate all other forms of matter, which means that they may even be able to traverse right through our planet without losing any energy whatsoever. On the other hand, their impact with ordinary matter that Earth is comprised of may hamper them slightly, resulting in a loss of energy.

- We just don’t know, and that definitely doesn’t make it any easier looking for them, said Timon Emken, a PhD student at the Centre for Cosmology and Particle Physics Phenomenology (CP3) at the University of Southern Denmark. 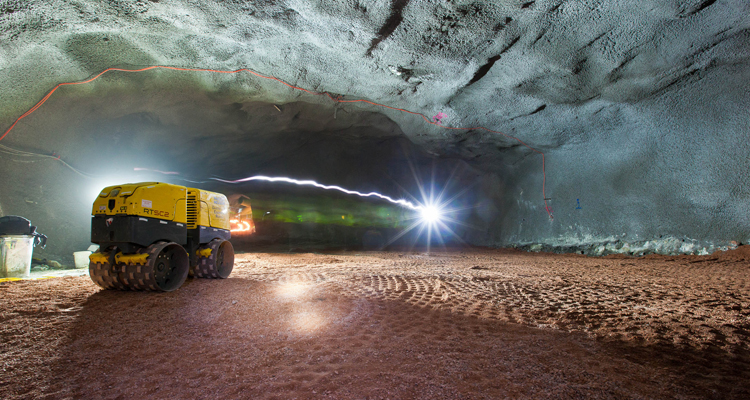 Scientists look for dark matter particles in underground caves several places in the world. This is the  Sanford Underground Research Facility. Photo: www.sanfordlab.com.

Where do the particles go?

In order to learn more about how dark matter particles react with normal matter, Emken enlisted the aid of a supercomputer.

The result was a program that can simulate the collision of dark matter particles with the Earth.

- Now, I can ask the computer to show me on the screen what happens when a dark matter particle hits Earth. For example, I can see on the screen which trajectory the particle would take from when it hits the surface of our planet until it leaves again, he explained.

The simulation program has been given the name DaMaSCUS, and it gives physicists the world over a new opportunity to test out various theories. The program is freely available, and the work that went into it has been published in the journal JCAP.

In the standard paradigm, dark matter particles transverse the Earth with a very low probability of interacting with atoms inside the planet. However, underground detectors are tuned to do just that, i.e., to capture rare events of dark matter particle collisions with an atom inside a detector. 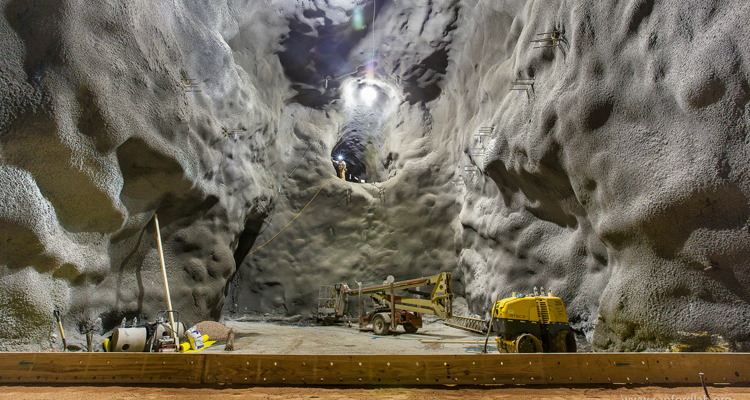 - But what if dark matter particles do not follow the standard paradigm? What if they actually interact strongly enough with ordinary atoms, that, as they cross the surface of the Earth and travel underground, lose enough energy to become undetectable? In that case, we will never spot them using standard techniques, said theoretical physicist and Associate Professor Chris Kouvaris from CP3.

One of the things he is currently investigating is the possibility that dark matter particles scatter significantly as they transverse the Earth. Kouvaris and his PhD student Emken used DaMaSCUS to demonstrate how such a scenario would play out.

DaMaSCUS simulates billions of dark matter particles that penetrate the Earth and scatter significantly with underground atoms, zig-zagging after every single collision.

How do today’s detectors work?

Kouvaris’ proposal is therefore to take a different approach to looking for the elusive particles.

Today, there is a number of detectors placed approximately a couple of kilometres below the Earth’s surface, and there is a very specific reason for their placement so far below ground: if dark matter interacts weakly with ordinary matter (as also the neutrinos do), only these two species can penetrate kilometres of the Earth’s crust without being stopped.

This gives the advantage that deep site detectors evade contamination of the signal from unwanted cosmic and terrestrial radiation and background noise.

Why they may never catch dark matter

However, according to Chris Kouvaris, if dark matter is light, it could actually interact strongly with ordinary atoms, losing energy on the way to the detector, and this can make deep site detectors unable to catch it.

- In that case, it would make more sense to search for dark matter signals using detectors on the Earth’s surface, he said.

Maybe we should try this

Because the Earth is moving with respect to the center of our galaxy, the Milky Way, dark matter hits the Earth predominantly from one direction. However, due to the rotation of the Earth around its own axis, dark matter particles that come from the direction of the dark matter wind, travel different distances during the 24 hour period of a day.

The larger the distance travelled underground, the higher the probability of underground scattering. This is what creates the daily variation of the signal. The optimal location to exploit this effect is in the southern hemisphere at approximately 40 degrees latitude, i.e. in countries such as Argentina, Chile and New Zealand.

Using DaMaSCUS, Kouvaris and Emken can determine precisely the features (amplitude and phase) of this daily varying signal which can lead to the discovery of dark matter, if this scenario turns out to be true.

Chris Kouvaris is now collaborating with the dark matter experiment DAMIC, which has a portable detector that could potentially be used to test Kouvaris’ theories. In the new phase of DAMIC, the portable detector will weigh 1 kg. It is made of silicon manufactured by the Danish company, TOPSIL.

A computer with superpowers. The brain behind all this is the supercomputer ABACUS, located at SDU, which can be used for a broad spectrum of computing tasks that require enormous calculating power.