New invention could save the lives of many laboratory animals

Mice, rats, pigs and dogs are just some of the animals used for testing new drugs which could potentially become medicine. SDU researchers have invented a new method that could make many animal experiments redundant.

Every year in Denmark alone, more than 200,000 animals are used for experimental testing. The number on a global scale is obviously much larger - and in line with the continuing development of new and more advanced types of medicine, the need for laboratory animals is only increasing.

At University of Southern Denmark (SDU), Professor Annette Bauer-Brandl, along with her colleague Massimiliano di Cagno and the research group Drug Transport and Delivery, has been engaged with this challenge and consequently researched into methods for reducing the use of laboratory animals.

This has resulted in a patented invention which a private company has now started to prepare for the market. A license agreement has been made between SDU and the German company innoME. 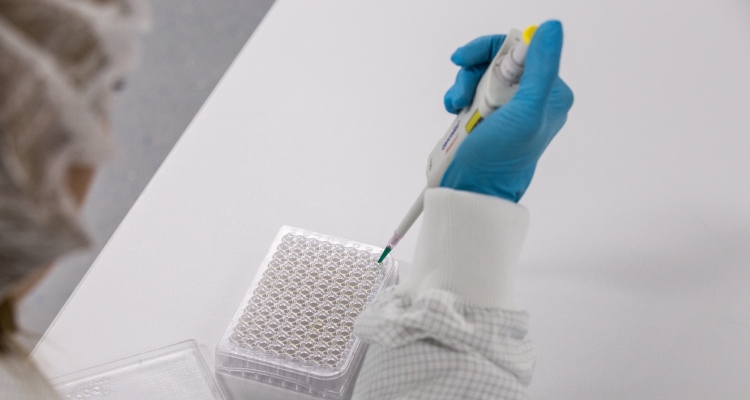 Most medicine is taken orally - i.e. it has to pass through the digestive system and then from the intestine into the blood.

Before the medicine reaches the blood, it is exposed to the influence of extreme factors such as gastric juice and bile salt.

Laboratory animals are often used for testing whether newly developed medicine can survive the journey into the intestine and whether the active chemicals reach the blood - or whether they are destroyed along the way.


Through the intestinal wall

- Laboratory animals are used to test things like whether the chemicals can permeate the intestinal wall and enter the blood. Often, active chemicals have to be wrapped in 'packets' to protect them during the journey, then we also need to work out how to transport the 'packets' to the intestinal wall. And how the chemicals get through it, explains Annette Bauer-Brandl from the Department of Physics, Chemistry and Pharmacy.

Rats are typically used for these tests: Part of a live rat's intestine is filled with a formulation. After this, the transport of the medicine into the blood is analysed by taking blood samples.

It is precisely the intestine which has been the model for Annette Bauer-Brandl's invention. The invention is made from a transparent material that behaves in the same way as intestinal tissue when it is exposed to the researchers' formulations.

The invention has been called PermeaPad® and resembles an A4 sheet of plastic film. There are many laboratory-related advantages that make it suitable for replacing laboratory animals in many cases, thinks Annette Bauer-Brandl - and then there are the ethical advantages:

- It's important that we have better options for reducing the use of laboratory animals whenever possible. It's very much on my mind, she says. Furthermore, the invention will make tests in the early development phase easier, quicker and cheaper, and not least more reliable (because biological variation is removed). Therefore, we think that this could result in the development of better medicine in a shorter time.


Ready for the market before the end of 2017

- Many good scientific discoveries never make it to the market. One reason for this is that companies and researchers seldom find each other. Our philosophy is to develop innovative products alongside researchers. It can only be a success if researchers are willing to open up and if companies are willing to try something new - even if there is always an element of risk involved. With SDU and Professor Bauer- Brandl, we have found a partner who shows us new possibilities and perspectives, and with whom we can develop new products. Both parties are learning a great deal, and there is nothing better for either researchers or product developers than to see an idea become a reality.

The company expects PermeaPad® to be available on the market before the end of 2017.

Annette Bauer-Brandl is professor and member of the research group Drug Transport & Delivery at Department of Physics, Chemistry and Pharmacy.