While building molecular machines, researchers stumbled upon a new method to detect ecstasy. The discovery can lead to more reliable drug tests.

Researchers at the University of Southern Denmark, the Polytechnic University of Valencia and the Biomedical Research Networking Center in Bioengineering, Biomaterials & Nanomedicine (CIBER-BBN) in Spain have discovered a new technique to detect ecstasy that is extremely reliable and simple to use.

According to the researchers, many of the testing methods used today often require advanced instruments that are expensive and/or only found in laboratories. Often, there is also a waiting time in connection with the test results. Furthermore, there is also the recurring issue that many methods trigger a false positive a little too often - i.e. showing that a person tested positive for ecstasy even though subsequent tests show otherwise.

- It is our impression that a need exists for more reliable, user-friendly and cheaper tests. What makes our method stand out is that it can detect even small traces, said Jan O. Jeppesen, a chemistry professor at the University of Southern Denmark.

His research colleagues, Ramón Martínez-Máñez and Félix Sancenón from the Polytechnic Univeristy of Valencia and the CIBER-BBN in Spain, also noted that their method had several advantages.

- We have discovered that a certain molecular activity can detect even very small traces of the active compound in ecstasy, MDMA, with almost 100 percent certainty. This knowledge can be used to develop cheap testing kits that are easy to transport and not least use.

The researchers’ new method can detect a solution equivalent to 1 gram of MDMA in 1000 litres of water. 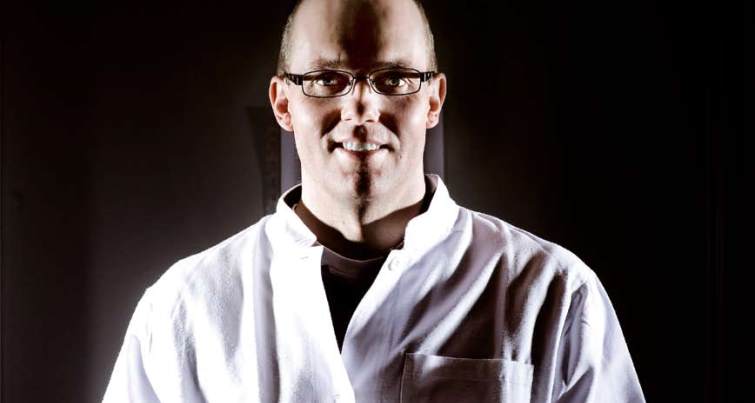 They have recently published their findings and method in the Royal Society of Chemistry journal Chemical Communications.

Jeppesen and his research team at the Department of Physics, Chemistry and Pharmacy at the University of Southern Denmark are working on understanding and building parts for molecular machines - near-unimaginably tiny machines propelled by the movement of molecules. It was during this work that they discovered the molecules’ ability to detect MDMA.

It is a research area that is attracting a great deal of attention from all over the world, and the 2016 Nobel Prize in Chemistry went to the chemists Jean-Pierre Sauvage, J. Fraser Stoddart and Bernard L. Feringa for their work on building machines on a molecular level.

The opportunities that lie in the field of molecular machines are huge, according to Jeppesen.

- The moment you let a molecular machine replace an electric machine, for example, you end up with a much smaller piece of machinery to operate. As a way of illustrating this, consider the following: If we assume that 6 billion people on Earth each possesses 10 computers in one shape or another, those computers will take up an enormous amount of space. If we could instead use molecules to replace all this computer technology, the molecular technology would only take up half a gram of weight.

How the test works

You start with a ball composed of atoms, which is simple to make. The ball is porous and filled with holes, meaning it can be filled up with smaller molecules. In this method, the ball is filled with molecules that are designed to light up if they are released from the holes.

If there is no MDMA (methylenedioxymethamphetamine, the active ingredient in ecstasy) within range, the molecules cannot leave the ball. This is because a kind of arm is installed on the exterior of the ball that can open the ball’s pores once it comes into contact with MDMA and keeps the molecules sealed in until that happens.

When the ball ‘opens up’, so to speak, the luminescent molecules stream out and can be detected by a sensor.

The ball only opens up once it comes into contact with MDMA, and it can detect even minuscule concentrations of MDMA.