The Danish Centre for Population Research (CPop DEM) advances basic and applied research in demography of survival, longevity, population ageing and methods for mortality forecasting.
The CPop Science unit (CPop NAT) focuses on research of demography of animals and plants, conservation demography and advancement of mathematical and computational methods .
The CPop Business and Social Sciences unit (CPop SAM) focuses on research on consequences of ageing and longevity for public health and on the interplay between demographics, politics and policies. 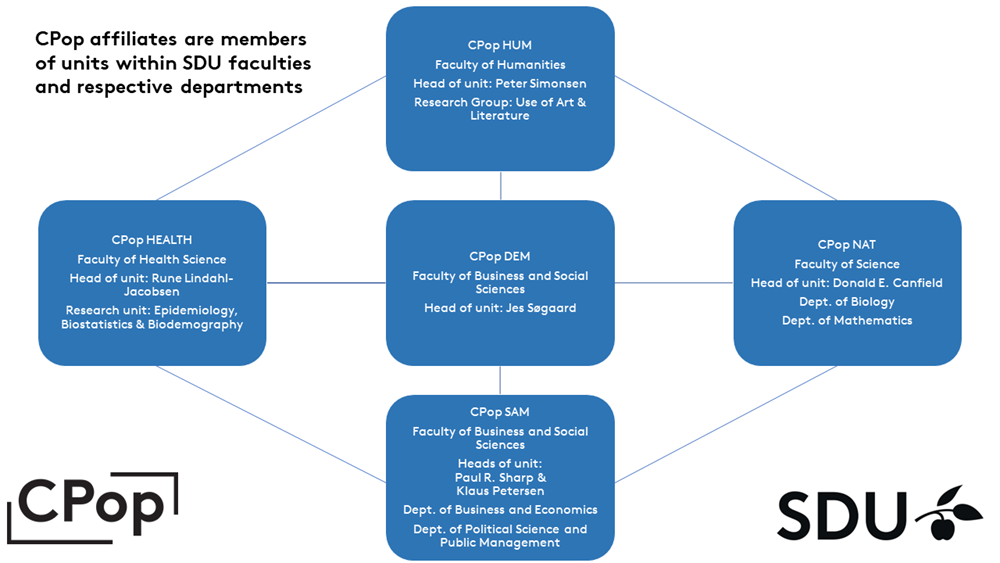