SIVSCE - Social Inclusion and Volunteering in Sports Clubs in Europe

All partners were present when the first meeting in the project “Social Inclusion and Volunteering in Sports Clubs in Europe” (SIVSCE) were held in Odense, Denmark on April 15th and 16th. The purpose of the meeting was to “kick off” the project and to discuss the implementation of the first two work packages – a collection of sports policies (WP1) and a sports club survey (WP2).

The SIVSCE-project aims to compare sports clubs in ten European countries, including Denmark, Norway, Germany, Belgium, the Netherlands, Switzerland, England, Spain, Hungary and Poland. It is the first cross-national study that aims to collect comparable knowledge on social inclusion and volunteering in sports clubs across Europe.

On April 15th and 16th, the first meeting in the project was held at the University of Southern Denmark in Odense. The meeting contained a number of fruitful discussions on topics relevant to the project, which will set the scene for the extensive data collection in the project.

The first major data collection (WP1) aims to create comparable knowledge on sport policies in the ten participating countries with a specific focus on the role of sports clubs with regard to social inclusion and volunteering. A common model for the data collection was discussed and agreed upon at the meeting. By the end of the year, the report on this topic will be published on the website.

Another important part of the project is the sports club survey (WP2). This is an essential part of the project since it will shed light on similarities and differences in social inclusion and volunteering in sports clubs between countries. Among other things, the survey aims to provide answers to the following questions: How do clubs work to promote social inclusion and volunteering? What characterizes the clubs that are particularly active? Are clubs able to work actively with social inclusion on a voluntary basis? 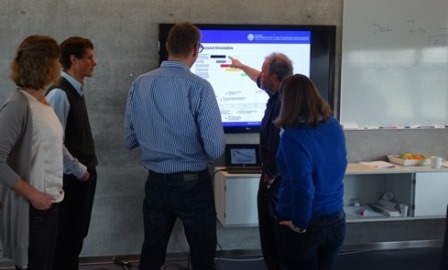 The procedure for the data collection was discussed along with the timeline and a draft questionnaire in English, which will be translated into the languages of the participating countries before the data collection will take place in the fall. The results from this study will be published on the website before the end of next year.

Besides discussions on data collection, the partners also visited a Danish football club located in Odense named “B1909”. The club is known for its work with social inclusion of immigrants. During the visit, a very interesting presentation was given by a representative from the National Olympic Committee and Sports Confederation of Denmark (DIF). The visit was completed with a traditional Danish meal. 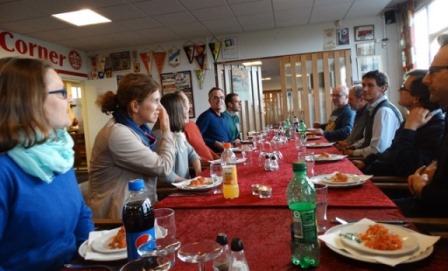 Following the meeting, it is now time to start gathering knowledge in all countries. The next partner meeting will be held in Utrecht, the Netherlands on October 12th and 13th. Here, the preliminary results from the collection of sports policies will be discussed along with the approach for the collection of data on members in sports clubs (WP3).

Back to News from SIVSCE