Anne Magnussen is Associate Professor at the Department of History (SDU) and holds a PhD degree from University of Copenhagen (2001). Her main research interests include the US-Mexican border, ethnicity and power from the late 19th century to the present, as well as (primarily) Latinx, Latin American and Spanish popular culture, especially comics and graphic novels in the 20th and 21st century. Magnussen has been Visiting Scholar at the Center for Mexican American Studies, the University of Texas, Austin (part of 2007 and 2008) and at New York University (part of 2011). Recent publications include “Between Progress and the Frontier. Authority and Mob Violence in The Gonzales Inquirer at the Turn of the Twentieth Century” in eds. Laura Feldt and Christian Høgel: Reframing Authority – the Role of Media and Materiality. Sheffield: Equinox Publishing, Ltd., 2018, pp. 161-183, and with Per H. Hansen, “Making Sense of Business and Community in Hollywood Films, 1928 to 2016” Business History Review, Vol. 92, No. 2 (2018), pp.  307-337. In terms of teaching, Magnussen usually offers courses on topics relating to her research interests mentioned above, on historical theory and methods, and MA thesis seminars and workshops. 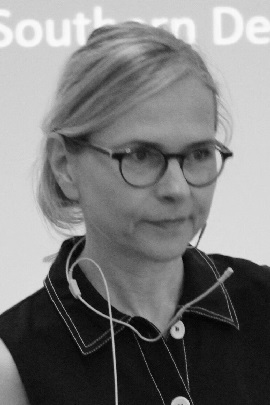