Finn Kirpekar has since the early 1990’ies pioneered the use of mass spectrometry in analysis of nucleic acids at Department of Molecular Biology, Odense University, which led to a postdoctoral stay at Institute of Medical Physics, University of Münster (Germany) and subsequently a stipend from the Carlsberg foundation to apply mass spectrometry in the characterization of RNA modifications in biological systems. Finn Kirpekar was appointed Associate professor Department of Biochemistry and Molecular Biology, University of Southern Denmark in 2001, where the primary research is on structure and function of posttranscriptional modifications in stable cellular RNAs. In addition to his research and teaching obligation, Finn Kirpekar is currently Head of Studies at the faculty of science as well as Head of Educational programme for the Sino-Danish Center’s Omics masters education in Beijing.

Biological function and structural characterisation of modifications in ribosomal RNA

The primary aim of our research is to unravel the function of posttrancriptional modifications in ribosomal RNA (rRNA). Ribosomal RNA is ubiquitously modified after synthesis of the primary transcript, with some modifications being highly evolutionary conserved and others appear unique to a single organism. rRNA modifications are known to play roles in ribosome maturation and function as well as a bacterial means to acquire antibiotic resistance. We use advanced analytical biochemistry with emphasis on mass spectrometry to map and characterise rRNA modifications, where development of new analytical tools is also in focus. Molecular genetics in combination with biochemical assays are the primary tools in the investigation into the function of rRNA modifications. We mainly study rRNA in bacterial systems, but side projects also involve modifications in other types of RNA and organisms.

Identification and characterization of rRNA-modifying enzymes in extremophile bacteria
Having identified a series of modifications in rRNA, the next step is naturally to identify the enzymes responsible for the modifying reactions. We currently focus on enzymes from the bacteria D. radiodurans and T. thermophilus as a continuation of previous work on characterisation of rRNA modification in these organisms. The project involves X-ray crystallography structure determination of the enzymes in collaboration with researchers at Brown University, USA. Global effects of (lack of) rRNA modifications
Numerous rRNA modifications do not appear to have a major impact on organism “fitness” as measured by e.g. growth rate and stress tolerance. This is even the case for rRNA modifications that are phylogenetically highly conserved. In order to obtain an insight into the function of these modifications, or possibly additional fun Identification and characterization of the Thermus thermophilus 5-methylcytidine (m5C) methyltransferase modifying 23 S ribosomal RNA (rRNA) base C1942.ctions of the modifying enzymes, transcriptomics and proteomics experiments are conducted to identify cellular pathways that are affected by the absence of selected rRNA-modifying enzymes. 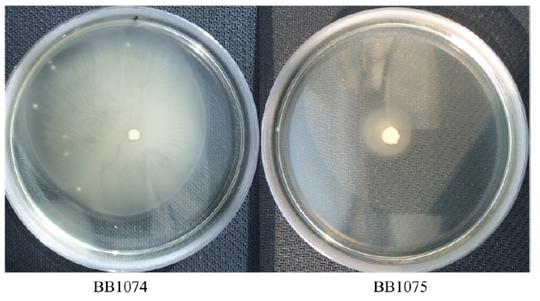 A full list of publications by Associate professor Finn Kirpekar can be found here.