Daniel Ketelhuth has over twenty years of experience working in the field of cardiovascular research. His research aims at better understanding the inflammatory processes driving atherosclerotic cardiovascular diseases (CVDs), which cause 1/3 of all global deaths every year.

The main goal of Daniel’s projects is to develop new immunomodulatory/pharmacological therapies against the unwanted immune and metabolic reactions triggering vascular inflammation and CVDs. 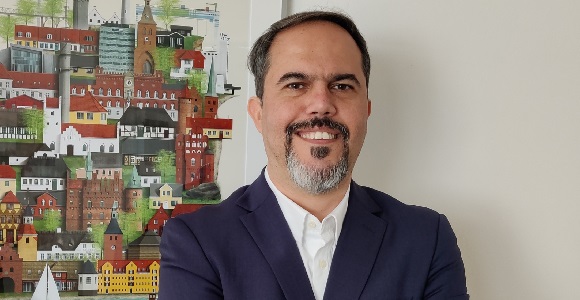 Daniel Ketelhuth has published more than 60 peer-reviewed scientific articles, with more than 3000 citations, including some in well-respected journals like Circulation, European Heart Journal, and Cardiovascular Research. Over the last fifteen years, he has been supervisor for several bachelor’s, master’s, and Ph.D. students, and directly involved in the teaching and training of undergraduate and postgraduate students.

Daniel Ketelhuth graduated in Biochemical-Pharmacy at the University of São Paulo in 1999. In 2005, he obtained his Ph.D. in Immunology at the same university in Brazil. In fourteen years at the Karolinska Institute in Sweden, he performed a postdoctoral training and became and independent research leader. In 2019, Daniel was recruited as an Associate Professor to start a new research group at the Department Molecular Medicine, University of Southern Denmark.

Daniel Ketelhuth is currently 44 years old, married and has one child; they all live in Odense.

Daniel Ketelhuth is Associate Professor at a research group at the Department Molecular Medicine, University of Southern Denmark and professor of Cardiovascular Pharmacology.