What are your research interests?
I am interested in the Economic History of Early Modern Europe, especially the Fiscal History of European Elites. I have a PhD in Russian History and have since specialized in pre-industrial Russian economic history.

How did you become interested in your field of research?
I sincerely believe that history, and especially economic history, begins with archives that help us get rid of the myths that are so convenient for modern people. The main question of my Marie Curie research originated with Russian philosophers and researchers of the mid-19th century who observed how life in Denmark was gradually improving relative to life in Russia

What research question would you above all like to find the answer to? And why is that?
My MCSA project “Denmark and Russia: Why two Arctic empires developed so differently and continue to diverge?” (DEAR) examines Russo-Danish relations in the 18th and the 19th centuries. For the entire 18th century, the two states were very close in terms of economic and institutional development, but after the abolition of serfdom in Denmark in 1800 their paths diverged significantly. This was most striking with the gradual collapse of the Danish empire, and the subsequent rapid development of the remaining territory, whereas Russia remains relatively “backward”, but with its territory largely intact. From the 1860s until the 1920s a much-reduced Denmark became a teacher to its larger partner through the transfer of knowledge, expertise, and experts – a process which aided Russian development, and demonstrates the links between the two countries.
The historical literature has largely overlooked the links and similarities between the Danish and Russian Empires.  But in fact, from the 15th century, either implicitly or explicitly, Russia and Denmark were united in opposition to a common enemy, Sweden. Both initially looked rather similar: two sizable monarchies covering large parts of northern and continental Europe, as well as Artic territories, with relatively “backward” institutional and technological bases. Until the late nineteenth century both could maintain an illusion of self-sufficiency. Thus, goods from industrial heartlands (e.g. Schleswig and Holstein in the case of Denmark, and the European heartland of Russia, and the Urals) could be traded with inhabitants of fertile agricultural lands (including Denmark proper and the southern part of Russia) or of mountainous regions rich in national resources (Norway and the Urals). Moreover, institutional similarities, most obviously serfdom and an absolutist monarchy, hampered economic and social development. The overarching question motivating the project is to explore what accounts for the ultimately divergent pathways of the two empires as well as the rapid disintegration of the Danish Empire and the survival of the Russian Empire, given their initial similarities.

Which impact do you expect your research to have on the surrounding society?
The relationship between Russia and Europe is at a recent low, because Russia is considered as somehow distinct from other European nations. But I believe that Russia is an important part of Europe with close historical links that are often overlooked in contemporary discourse. With my project, I aim to demonstrate that historians and economic historians can play an important role in developing a common ground for improved dialogue. 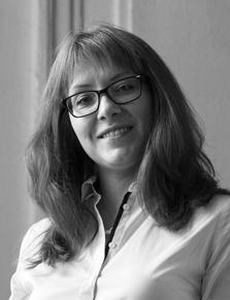