His research spans a wide range of topics within pure mathematics – in particular within the branch geometry and topology, where he focuses on the parts which have close ties to Quantum Theory. These are: Quantum topology, geometry, topology and quantization of moduli spaces, which in particular involves quantization of curved phase spaces.

Professor Jørgen Ellegaard Andersen is also widely recognized for having studied the TQFTS (Topological Quantum Field Theories), which Edward Witten introduced and which Nicolai Reshetikhin together with Vladimir Turaev made mathematically precise and he proved various theorems about these including their asymptotic faithfulness and the establishment of the Andersen-Ueno isomorphism. Andersen has together with Rinat Kashaev constructed a new TQFT which covers quantum Chern-Simons theory for complex gauge groups. Recently, he has contributed to the area of Topological Recursion and further to its applications to macro molecular biology.

A complete list of publications by Jørgen Ellegaard Andersen can be found here. 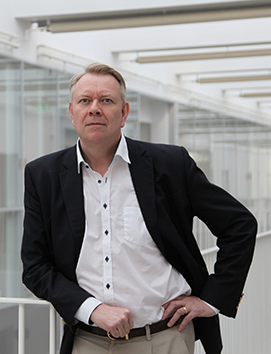