In my group we work experimentally with what we call quantum optics. We examine how light behaves at the most fundamental level.
Technology based on light is used everywhere, from cash registers in supermarkets over fiber optic cables that drive the Internet, to radiotherapy. When describing how light is used in these contexts, it is sufficient to describe light in a classical way as electromagnetic waves. However, light is not just waves, but is quantified and consists of elementary particles, photons. If you look at a single light particle, it is not described by the wave equation, but by quantum mechanics.

To examine the quantum mechanical effects of light, you have to turn down the light and only work with a few photons, because in that boundary environment you can measure quantum mechanical effects. However, it is very difficult to investigate and control individual photons experimentally, and the field of quantum optics is a relatively new area within physics. We are one of a limited number of groups working experimentally with few photons, and we do so in experiments with ultra-cold atoms.

In our experiments we have a vacuum chamber where the pressure is as low as the background pressure in interstellar space, and we cool our small atomic sample down to about 3 micro-Kelvin with laser cooling. It's a million times cooler than what can be found natural anywhere in the universe! The art of cooling to ultra-low temperatures is a research field in itself, but in our case it is mostly just a tool.

With the cold atoms, we can carry out our real research into how light behaves at the particle level when it interacts with simple systems. In our experiments, we can detect individual photons and manipulate them every day, and we can measure some of the quantum mechanical effects that make photons both strange and exciting. It is also promising for future technology for ultra-fast computers and secret communications. 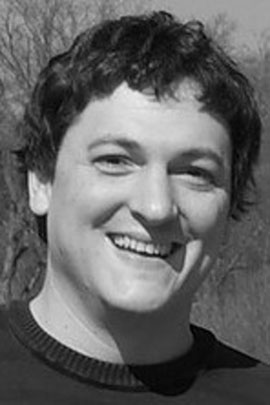