I am a theoretical physicist and I work in the research field of statistical physics. Here I work, among other things, to understand the behavior of soft matter, such as biomembranes, and the dynamics of processes in biological cells.

An example of the latter could be a biomolecule produced in one place in a cell that must perform its work elsewhere. How does it arrive at the right place? Often it is done by a process that is a mixture of random movement (often called random walks) and targeted transport, making it a challenge theoretically to figure out how fast the molecule reaches its destination.

Another problem I am working on is how to get knowledge out of experiments where the random movement of molecules in cells have been tracked. You might think that this was a well-clarified question in the field of statistics. But there is a great deal of disagreement about how to do it. This is partly due to philosophical problems about whether or not you are allowed to calculate mathematically the degree of confidence in different theoretical models. 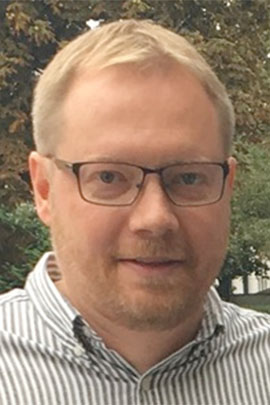