I mainly work on element cycling in aquatic ecosystems and how it is influenced by the activities of animals and microbes and by animal-microbe interactions.
The animals studied include invertebrates living at the bottom or in the water column of both freshwater and marine ecosystems (for example, insect larvae and copepods). The microbes studied include both prokaryotes (i.e., bacteria and archaea) and eukaryotes, such as microalgae and fungi.
Most research projects center around microbial nitrogen cycling both in the presence and absence of oxygen. Lately, I have started to investigate the effect of high hydrostatic pressure, as found in deep-sea trenches, on the microbial degradation of marine snow.
A complete list of publications by Peter Stief can be found here. 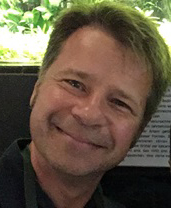