Microorganisms play pivotal roles in the biogeochemistry of the Earth, carrying out both photosynthesis and degradation and performing a range of processes that are unique to prokaryotes yet essential for the maintenance of a habitable planet. Prokaryotes have been the dominating life form through most of Earth’s history and have contributed decisively to the chemical evolution of the biosphere. Their functional diversity also represents an important resource for biotechnological applications in the widest sense. These are the basic premises behind my interest in microbial ecology and biogeochemistry. Thus, it has been and remains my interest to explore the diversity and ecological and biogeochemical role of microbial processes on levels of organization ranging from the pure bacterial cultures over microbial communities to global elemental cycles, on modern Earth as well as in the geologic past.
My research focuses on aspects of microbial ecology and biogeochemistry in aquatic environments, mainly marine sediments, anoxic basins, and oxygen minimum zones. Main specific themes include
• the rates and oxidative pathways of carbon mineralization,
• the redox cycling of manganese and iron,
• the oxidative sulfur cycle and sulfur cycling on early Earth,
• the effect of temperature on microbial processes,
• anaerobic ammonium oxidation and the marine nitrogen cycle, and
• geomicrobiology of oxygen minimum zones.
A complete list of publications by Bo Thamdrup can be found here. 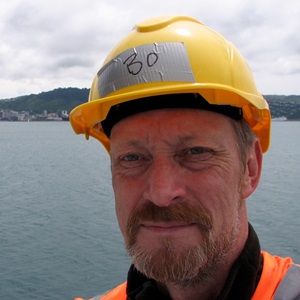