In recent years, our laboratory has focused intensely on development of techniques for Next Generation Sequencing (NGS) of RNA, development of data-analysis pipelines, as well as global mapping and characterization of in vivo binding sites for splicing regulatory factors using iCLIP and HITS-CLIP techniques.

We have now taken our projects to a new level, where we use global analysis of mRNA splicing in patient cells and cell lines, and global identification of binding motifs for splicing regulatory proteins in manipulated cells. This allows us to answer questions of a more general nature. One of our overall goals is the deciphering of the “splicing code”.

We employ RNA-affinity purification techniques and Surface Plasmon Resonance (SPR) based binding assays to identify and characterize binding of splicing regulatory proteins. Recently we have developed methods for modulation of splicing using splice shifting oligonucleotides (SSOs) to modulate splicing and to target disease-associated splicing regulatory elements aiming at development of new individualized therapies for inherited diseases as well as cancer.

Very recently we have initiated several projects studying splicing by the use of bioinformatics, including employing the supercomputer at SDU, Abacus 2.0, to use neural networks to analyze protein binding sites.

Our research is funded by grants from the National Danish Research Councils (FNU and FSS) and Foundations like Novo Nordisk Fonden and Lundbeck Fonden. 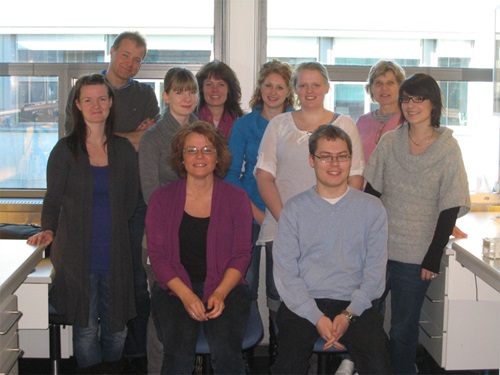 Some of our publications on aberrant splicing in human disease:

Some of our publications on molecular genetic diagnostic methods, newborn screening and potential therapy: