Chemical analyzes of a black spot in a diary shed new light on the destiny and tragic death of legendary Inuit polar expedition member Jørgen Brønlund in Northeast Greenland in 1907.

Jørgen Brønlund was one of the participants in the legendary Mylius Erichsen's Denmark Expedition to Greenland 1906-08. In 1907, he died in a small cave of hunger and frostbite, but before that, he made one last note in his diary:

“Perished 79 Fjord after trying to return home over the ice sheet, in November Month I come here in waning moonlight and could not continue from Frost in the Feet and the Dark”.

The Danish expedition had traveled to Northeast Greenland the year before to explore and map the most northerly Greenland and also to determine whether the 50,000 square kilometer Peary Land was a peninsula or an island. If an island, it would accrue to the Americans. If a peninsula, it would be part of Danish territory.

It was after a failed attempt to get into the Independence Fjord that Jørgen Brønlund and two other participants on the expedition's sled team 1 eventually had to give up.

Peninsula in northeast Greenland, named after the American polar explorer R.E. Peary, who believed that the area was an island and thus not part of Denmark. This was disproved by the Denmark Expedition, and Peary Land remained Danish. Peary Land is uninhabited.

A few days before Brønlund died, the two others from sled team 1 died: Expedition commander Mylius Erichsen and Niels Peter Høegh Hagen. Neither their corpses nor diaries have since been found.

Jørgen Brønlund's body and diary were found, and almost ever since, the diary has been kept at the Royal Library in Copenhagen.


The last page of the diary

Now chemists from the University of Southern Denmark have had the opportunity to analyze a very specific part of the diary's last page; more specifically, a black spot below Jørgens Brønlund's last entry and signature.

The analyzes reveal that the spot consists of the following components: burnt rubber, various oils, petroleum and feces. 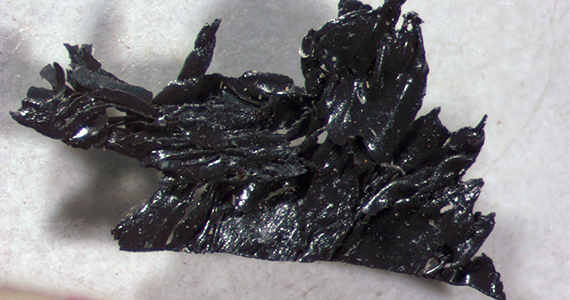 – This new knowledge gives a unique insight into Brønlund's last hours, says professor of chemistry, Kaare Lund Rasmussen, Department of Physics, Chemistry and Pharmacy at the University of Southern Denmark.

Kaare Lund Rasmussen is a professor of chemistry and a specialist in archaeometry: using scientific methods to analyze cultural heritage objects. He has analyzed the beard of Tycho Brahe, medieval bones, the Dead Sea Scrolls and various sacred relics.

One last attempt to light a fire

– I see for me, how he, weakened and with dirty, shaking hands, fumbled in an attempt to light the burner, but failed, he says.

As a last survivor of sled team 1, Brønlund had reached a depot on Lambert's Land and had at his disposal a LUX petroleum burner, matches and petroleum. But there was no metabolised alcohol to preheat the burner. 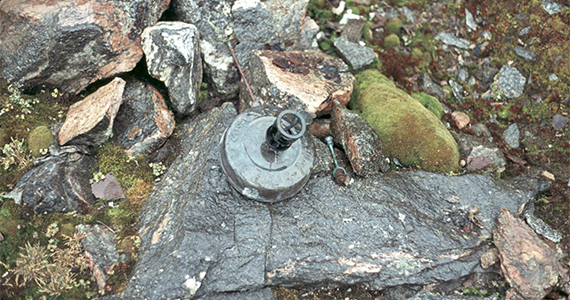 – He had to find something else to get the burner going. You can use paper or oiled fabric, but it is difficult. We think he tried with the oils available, because the black spot contains traces of vegetable oil and oils that may come from fish, animals or wax candles, says Kaare Lund Rasmussen.

The spot’s content of burnt rubber probably comes from a gasket in the Lux burner. The gasket may have been burned long before Brønlund's crisis in the cave, but it may also have happened during his last vain attempt to light a fire.

Brønlund's corpse and diary were found four months later, when spring came, by Johan Peter Koch and Tobias Gabrielsen, who had left Danmarkshavn to find the missing members of sled team 1.

The diary was found at Brønlund's feet and was taken back to Denmark and is now kept at the Royal Library in Copenhagen.

Brønlund's Lux burner was found in 1973 by the Danish Defense Sirius Patrol. After the re-burial of Brønlund in 1978, it was donated to the Arctic Institute in Copenhagen. 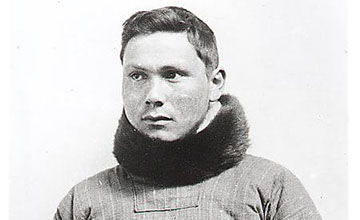 An Inuit hunters’ son, who became a teacher and later participant in Danish polar expeditions: The 1902-1904 Danish Literary Greenland Expedition and the 1906-08 Danish Expedition to Northeast Greenland.