Every year, big cities like New York and Los Angeles attract thousands of artists who dream of making a name for themselves as musicians, writers or actors. A new research project at SDU shows that the rich cultural life helps to create economic growth in the largest cities in the US.

Start spreading the news. I’m leaving today. I want to be a part of it. New York, New York.

Frank Sinatra famously crooned these lyrics in 1944. It was a time when many aspiring artists settled in New York City. Here they dreamed of building a career in music, literature, theatre or the arts.

What they didn’t know was that their presence helped sustain economic development in America’s largest city.

– We’re seeing a clear connection between artistic presence and entrepreneurial activities. The large clusters of artists in the big cities have helped create one of the building blocks of New York’s economic development.

– As a result, start-ups have had good preconditions for growing larger, and they’ve got the creative industries to thank for that, says Karol Jan Borowiecki.

He is a professor at the Department of Business and Economics at SDU and, together with Professor Christian Møller Dahl from the same department, he has just published a research project investigating the role of creativity in the US over the last 170 years and how the relationship between creative activity and artistic clusters has evolved over time.

From a historical perspective, creativity has always been taboo. Just take the agricultural sector as an example. Here the peasants were supposed to be punctual and hard-working. There was no room for creative thinking.

– Large cities have space and can afford a high-quality cultural infrastructure such as opera houses or art galleries. This attracts artists who need the creative infrastructure to be able to rehearse and perform with their work. On top of this, it also attracts other creative professions, such as architects. Altogether, this makes for an increased cultural presence.

– This shows that creativity can help drive the economy forward, because it’s able to attract and recreate industries. This is interesting, because from a historical perspective, creativity has always been taboo. Just take the agricultural sector as an example. Here the peasants were supposed to be punctual and hard-working. There was no room for creative thinking.

There are typically several reasons why artists choose to move to cities like Vienna, London, Paris, New York or Los Angeles to build a career. Karol Jan Borowiecki believes that artists’ need to relate to other creative people is an important factor.

– Artists want to stand out. It helps make them popular. When the world-famous composer Mozart arrived in Paris, he disliked the music that was popular in the French capital. Basically, he thought the quality was too poor.

– Therefore, he wanted to outmatch the music industry of the time with his own music and thus stand out.

– This is interesting for the communities around the USA and the rest of the world, because we see a connection between these creative clusters in the big cities and the ability of the start-ups to succeed.

– That’s why it’s important that politicians and decision-makers relate to the huge potential to be found in the creative milieus, because they can help jumpstart the economy. 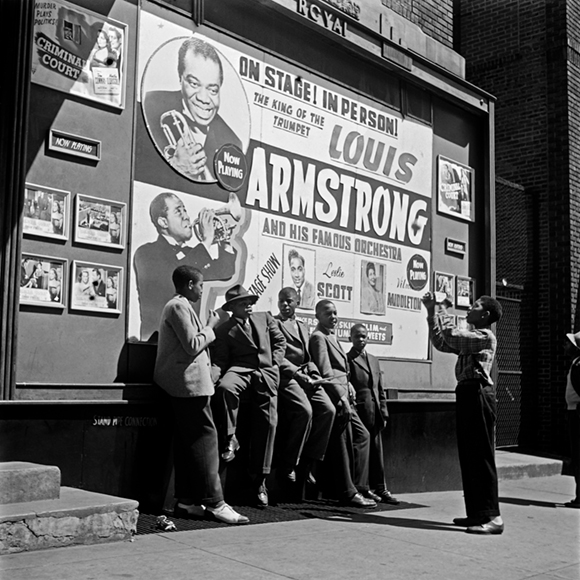 The capital of jazz

African-American jazz musician Louis Armstrong was one of the aspiring artists who moved to the metropolis to follow his dream of a life as a professional musician.

Born in 1901 in one of New Orleans’s most poverty-stricken neighbourhoods, he travelled north to Chicago as a young man to cultivate his talent. However, he ended up spending most of his adult life in New York City.

You simply cannot underestimate how important Louis Armstrong has been to New Orleans.

Armstrong helped put New Orleans on the world map. For even though the legend moved away from his hometown, he has nevertheless had a profound impact on the economy of New Orleans.

Musicians have often been able to exploit the potential of extreme and creative experiences to create ground-breaking masterpieces. Will contemporary artists do the same during the corona crisis?

– You simply cannot underestimate how important Louis Armstrong has been to New Orleans. Although he got his big break in Chicago, New Orleans is the capital of jazz today. Altogether, there are examples of artists whose hometown has become the epicentre of certain music genres and continues to be for generations after, says Karol Jan Borowiecki.

Not everyone can become an artist

Although Louis Armstrong managed to break through into the international music scene, the cards were stacked against him. In the research project, a picture begins to emerge that especially non-white minorities have had a harder time breaking through as artists.

– We see a great deal of racial discrimination in the artistic profession. This is most evident regarding writers and visual artists around the 1950s, when African Americans were underrepresented, Karol Jan Borowiecki says and adds:

– Things have gotten a little better in recent decades, but it’s still incredibly sad, because everyone, regardless of skin colour, should have equal opportunities to achieve their dream of an artistic career. The enormous potential among the African American population is being under-utilised, and that’s ultimately affecting society as a whole.

Karol Jan Borowiecki is a professor at the Department of Business and Economics. His research focuses on the relationship between economic and cultural history in Europe and the United States.

SDU is among the highest ranked institutions in the world when it comes to research in economics and culture. SDU not only helps to shape research, but also influences the cultural policies of several European countries.