For DKK 150, we can completely avoid fossil fuels

For the same price as a fitness centre subscription, we can completely avoid fossil fuels. The technology is already here, but the green transition needs political action, according to the master's thesis of two newly graduated engineers, and now PhD students at the Faculty of Engineering

DKK 150 per month per Dane. That is the price of doing away with air pollution and CO2 emissions. For the same price as a subscription to a fitness centre, we can completely avoid the use of oil, coal and gas - also for aircraft, ships and heavy traffic.

- We talk as though it's completely impossible to do without fossil fuels. But it is completely possible. We already have the technology, and it costs only 0.5% of our GDP, or one small pizza and a Netflix subscription per Dane per month, to change over to green energy. It's just about having the will to do it.

So says the newly graduated engineer from the MSc in Engineering Technology, Anders Winther Mortensen. In collaboration with Kasper Dalgas Rasmussen, the two engineers' master's thesis has delved into the hottest end of the climate debate.

They point to calculations from the Danish Energy Agency, which in 2014 estimated that it would cost DKK 10 billion per year, or 0.5% of our GDP, to completely avoid fossil fuels such as oil, coal and gas. Researchers from Aarhus University have also calculated that the estimated cost to society in terms of air pollution in Denmark adds up to DKK 28 billion.

So there is no lack of technological solutions to undertake a green conversion in our energy system. 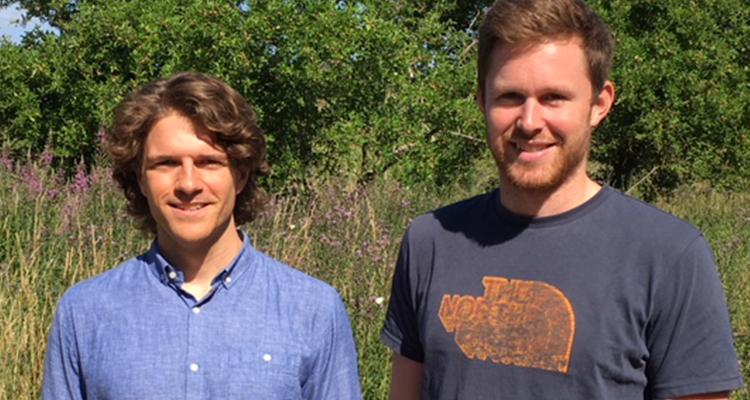 The technology is here

The greatest challenge is to get aircraft into the air and freight ships to sail 'greenly', but it is already technically possible to make fuel for aircraft and ships using sustainable energy sources such as biogas and biomass, point out the two engineers.

- We can even make fuel using CO2 from the atmosphere, which then reacts with hydrogen produced by wind and solar power. This kind of fuel is called electrofuel, and by means of the Fischer-Tropsch process, which has been known since WW2, is converted into aircraft fuel, petrol and diesel, explains Kasper Dalgas Rasmussen.

The two Energy Technology engineers are puzzled about why we continue talk so much about the environment while global emissions of CO2 from fossil fuels continue to rise.

- Market forces can't save us. According to our master's thesis, fossil hydrocarbons will never be outperformed by sustainable hydrocarbons until we run out of gas, coal or oil to extract from the earth. With the current consumption of hydrocarbons, it will take 1,350 years for this to happen. In relation to global warming, we have only 18 years, emphasises Anders Winther Mortensen and continues:

Politicians have to make a decision. It's incredibly frustrating when the world's smartest climate experts say that we have only a few years in which to act, and then to know that we already have the technology but nothing is happening. Sometimes, it's hopeless.

They know that Denmark's contribution to the world's total greenhouse gas emissions is small, but at the same time they point out that it could be wonderful if Denmark led the way. Set an example that could show the world that with a little investment, it is possible to become 100% sustainable.

Read more in the thesis: