Researchers in the media

In this interview series, we get to know four researchers better. They are experts on COVID-19 and diligently used by the media with everything it entails. But they’re perfectly ordinary people, too.

Title: Professor
Age: 52 years
Areas of research: The effect of vaccines on the overall health of the real world – that is, after the vaccines have been introduced. We test whether things are going as expected.
Among other things known from the following media: DR2, TV2, P1, TEDx, Berlingske, Politiken, podcasts, Twitter and LinkedIn .
Hobby(s): Family and friends, piles of non-fiction and fiction, jogging with my daughter and working out at my gym (when it’s not on lockdown) – and knitting for my loved ones.

Why are you featured in the media?

Because I believe I have an obligation to share my knowledge and to try to nuance the debate when it tends to become one-sided.

How do you relate to ongoing discussions, e.g. on social media?

I love the quick access to new research results and the immediate discussion of new research results, such as on Twitter. I eagerly participate in polite knowledge exchange and learn a lot from the input of colleagues and lay people alike. I tend to back out if people get rude and/or have clearly formed an opinion in advance and won’t budge, no matter what. Fortunately, such people are few and far between.

What responsibility do you feel for the way your statements are used?

I’ve given that a lot of thought. Especially because some people have argued that I should refrain from sharing our research findings about negative non-specific effects of non-live vaccines among girls in Africa because the findings might end up being abused by anti-vaxxers.

It annoys me, of course, when ‘cherry-pickers’ only convey our negative results and not the many positive ones. But then, you can’t avoid cherry-picking unless you’re prepared to stay silent for good.

Censorship/self-censorship contributes to one thing only: increasing distrust. We need to be able to discuss the pros and cons of vaccines in an open and transparent way, just as we would with any other healthcare measure.

What do you do when you want to disconnect from the COVID-19 media exposure?

I turn to my hobbies.

If you had to come up with one piece of good advice for others who want to take on the role of an expert, what would it be?

An American colleague once told me, ‘Go where the fire is for ideas. You know that you have found the sweet spot, the important research subject, when everybody is skeptical, but no one can explain why’. I have been fortunate to find hotspots in my research as well as in the public debate.

But, just as firefighters have protective gear when they venture into a blaze, it is also extremely important that you as a researcher and participant in the debate have someone to lean on when having to take the flak that inevitably comes with challenging existing knowledge. In my area of research, I have been privileged to have an older mentor, and for my debating, I have allied myself with a skilled communications consultant.

Perhaps it could be an idea for SDU to make a communications adviser more systematically available to those who are considering engaging themselves in the debate as an expert? Although I’m fully aware that SDU is already doing something and that you can turn to your faculty for help, it’s clearly a problem that many skilled professionals stay away or withdraw due to the sometimes harsh tone.

The result is that the debate is mostly left to those who are little thick-skinned. Is that what we want? I, for one, do not. It prevents us from putting our entire pool of talent into play – and it would do us good to hear from the more thoughtful voices.

You have been the centre of much of the debate – e.g. on Linkedin. How has it affected you?

The vast majority of responses, perhaps 90 percent, have been overwhelmingly positive, but harsh words have also been spoken. Perhaps it’s human nature that we tend to remember the harsh words better. 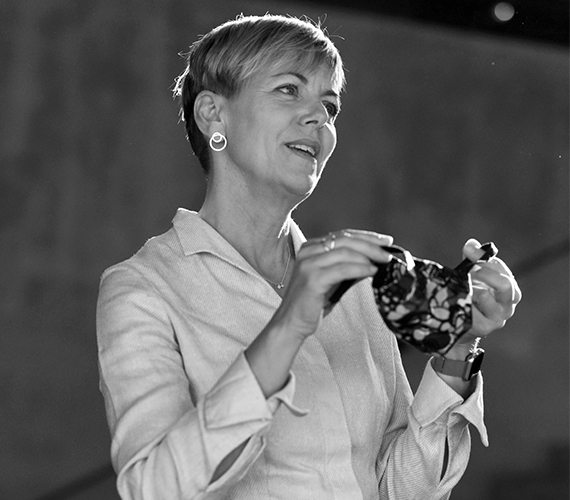 Some of the criticism misses the mark by a long shot; it’s put forward by people who have formed an opinion in advance and view all other opinions as a threat that must be mowed down as soon as possible, and who are therefore impervious to arguments. I think I’ve become better at ignoring that kind of criticism – and it doesn’t deserve any better.

However, I do my best to listen to relevant criticism. I then tell myself that I learn the most from this kind of criticism – however unwelcome it may seem in a particular situation. My mentor once thanked his opponents in a speech of thanks, for without them he would never have got as far as he did. I guess that's my perspective, too.

In your opinion, what will it take for us to have a better collective conversation about COVID-19?

We've had a huge collective conversation about COVID-19 for the last 11 months. I've never talked so much for so long about a single topic. Still, the conversation can definitely get better.

I’m a member of an organisation for university affiliates, ‘Heterodox Academy’, whose mission is to ‘support open inquiry, viewpoint diversity, and constructive disagreement in research and education’. One of the initiators, social psychologist Jonathan Haidt, has written an outstanding book, ‘The Righteous Mind. Why Good People Are Divided by Politics and Religion’. I honestly believe that if everyone read his book, and did so thoroughly, our collective conversation would improve a lot.

Among other things, the book has made me curious about Trump supporters in a different way. I’m no longer able to think of them as ‘idiots’. Instead, I find my self thinking that when almost 50 percent of US voters vote for him, it’s not because all of them are stupid – and I get curious about their mindsets, fears and desires. It's actually a great conversation starter.