Novel hypothesis on why animals diversified on Earth

​Can tumors teach us about animal evolution on Earth? Researchers believe so and now present a novel hypothesis of why animal diversity increased dramatically about half a billion years ago. A biological innovation may have been key.

Life on Earth was dominated by microbes for roughly 4 billion years when multicellular life suddenly – then in the form of animals in robust ecosystems – made a vigorous entry. Why animals diversified so late and so dramatically has remained unresolved and is a matter of hot debate.

The diversification of animals occurred over a geologically short period of time and is known as the Cambrian explosion.

Many geologists have assumed that the Cambrian explosion was triggered by an increase of atmospheric oxygen.

However, a causal relationship between the Cambrian explosion and increasing atmospheric oxygen lacks convincing evidence.

Indeed, research over the last years weaken the support for a correlation between the Cambrian explosion and increasing atmospheric oxygen. For example, dramatic changes in atmospheric oxygen are noted both before and after the Cambrian, but not specifically when animal diversification took off.

Simple animals are furthermore noted to require surprisingly low oxygen levels, which would have been met well before the Cambrian.

“A heated hunt for the geochemical evidence that oxygen increased when animals diversified goes on but, after decades of discussion, it seems worthwhile to consider the development of multicellularity also from other angles”, says geobiologist Emma Hammarlund. 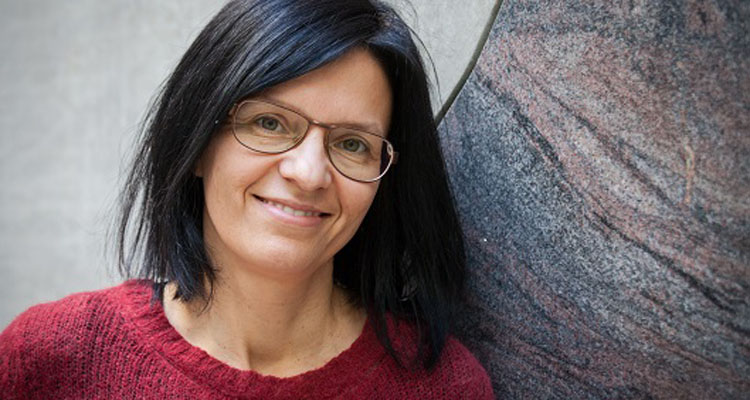 Tumors are successful versions of multicellularity

In order to understand more about the conditions for multicellular life, Emma Hammarlund contacted tumor biologist, Professor Sven Påhlman at the Department of Laboratory Medicine at Lund University, who has explored the importance of low oxygen concentrations, or so-called hypoxia, in the tumor setting for nearly two decades.

“I wanted to learn what tumor scientists observe on a daily basis, in terms of tissue growth and how it relates to oxygen. Tumours are after all, and unfortunately, successful versions of multicellularity”, explains Emma Hammarlund.

The team, including also tumor biologist Dr. Kristoffer von Stedingk at Lund University, tackled the historic question of why animals developed so late and dramatically with novel clues from the field of tumour biology.

Specifically, they tested whether the same molecular tools exploited by many tumors – to maintain stem cell properties – could also be relevant to the success of animals in the Cambrian explosion.

Cells with stem cell properties are vital for all multicellular life in order to regenerate tissue. For example, cells in the wall of human small intestine are replaced every 2-4 days, through the division of stem cells.

“Hypoxia is generally seen as a threat, but we forget that oxygen shortage in precise periods and settings also is a prerequisite for multicellular life. Our stem cells are the ones that form new tissue, and they are extremely sensitive to oxygen. The stem cells therefore have various systems for dealing with the effects of both oxygen and oxygen shortage, which is clear in the case of tumors”, explains Sven Påhlman.

By studying the ability of tumor cells to imitate the properties of stem cells, Sven Påhlman’s team have observed how tumor cells can high-jack specific mechanisms that evade the effects of high oxygen on stem cell depletion.

As a consequence, the tumor cells are able to maintain stem cell properties, despite being surrounded by the high oxygen concentrations that are present in the body.

This same ability, according to the authors, is one of the keys that also made animals so successful.

The new hypothesis holds that the dramatic diversification of animals resulted from a revolution within the animals’ own biology, rather than in the surrounding chemistry on Earth’s surface.

A view that fits with other geobiological observations, such that environments with ‘enough’ oxygen have been present on Earth since long before the Cambrian explosion.

Title of article
‘Refined control of cell stemness allowed animals to evolve in the oxic realm’ by Emma U. Hammarlund, Kristoffer von Stedingk and Sven Påhlman

Emma Hammarlund is geobiologist and visiting researcher at Nordic Center for Earth Evolution at University of Southern Denmark.

The Cambrian explosion is a generic term for the event in the history of the Earth when animal species first started to diversify. From here on, animal fossils start to appear in the rock record and the Eon of visible life begins on our planet. The diversification is pronounced in the time period known as the Cambrian, beginning at 543 million years ago