Our study focuses on quantification of chlorination (3-chloroTyr) and oxidation of human extracellular matrix proteins: fibronectin, laminin and tropoelastin induced by HOCl and an enzymatic MPO system, and its consequences for human coronary artery smooth muscle cell adhesion, proliferation, migration and gene expression.

We use mass spectrometry for identification and quantification of protein modifications because of its sensitivity and specificity. We have optimised sample preparation and analysis protocol to detect and quantify 3-chloroTyr and other readily-oxidized residues such as Met, His, Cys, and Trp. Using label-free quantification at a peptide level, in shotgun MS of single proteins, chlorination can be detected down to a relative site occupancy of ~0.15%.

We observe that 3-ChloroTyr and other amino acids oxidations are detected at multiple sites on fibronectin, laminin and tropoelastin, including within functionally-important heparin-, cell- and collagen-binding domains, in a dose-dependent manner. Damage is localized to specific residues and occurs to markedly different extents. For example, heparin-binding and cell adhesion to HOCl-modified fibronectin is decreased in a dose-dependent manner. Cell proliferation on HOCl-damaged fibronectin is modulated, and migration attenuated. Expression of matrix proteins and matrix metalloproteinases in cells exposed to modified fibronectin is significantly altered. 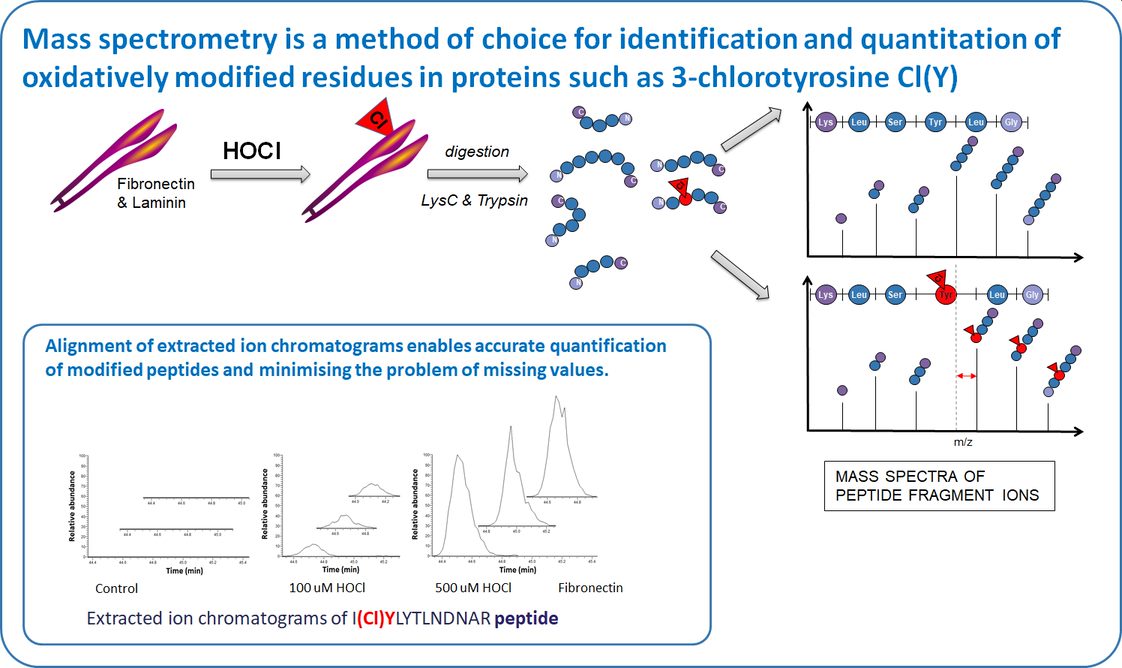