As part of the Nanoscale Biomolecular Engineering Center (BioNEC), my research group works in the field of bottom-up synthetic biology, developing programmable biomimetic nanoreactors. That is, we create nanoscopic "flasks" made of phospholipid molecules that in an aqueous environment spontaneously assemble into spherical particles called vesicles or liposomes (diameters between 30 and 200 nm). With their extremely small internal volume – we are talking ~10-18 L per particle – chemical reaction can be carried out on a limited number of molecules. It could be single enzymes (~ 30 - 150 kDa), or up to a few thousand small molecules (~ 500 Da), which are encapsulated either in the interior of the liposomes (hydrophilic) or in the lipid membrane (hydrophobic). Using specially designed DNA molecules attached to the liposome surface, we can control their behaviour – they can be assembled into aggregates or forced to fuse and mix their contents. We are in the process of developing a platform for combinatorial chemistry using DNA-programmed liposome fusion. Such a platform will make it possible to synthesize libraries of new substances with less than 1 mg of substance in total. Moreover, one could study membrane proteins in their natural environment with precise spatiotemporal control over substrates/ligands and experiment conditions.

The systems we study are reminiscent of life's way of processing molecules inside cells and organisms. By studying liposomes and membrane fusion, we can seek to answer some intriguing scientific questions. What is the effect of encapsulation on enzymatic reactions? How do chemical reactions proceed in the membrane and can reactions that otherwise not proceed in an aqueous environment be promoted? What happens when we fuse the liposomes directly into living cells to deliver their cargo? Can we detect, or even inactivate, viruses by binding to them? A first spin-out project from our research is to use DNA-functionalized liposomes as a diagnostic tool in the fight against Hepatitis B.

At BioNEC, I work with Associate Professor Stefan Vogel, Professor Jesper Wengel and Associate Professor Chenguang Lou as well as partners at Aarhus and the University of Copenhagen. With creative and completely new approaches we design and manufacture hybrids between synthetic and biological molecules to develop the basis for future technologies. 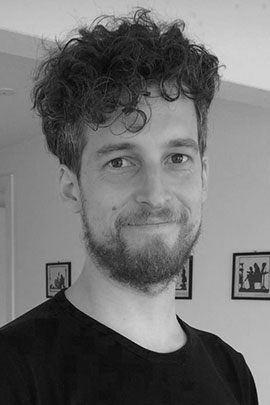