How does it work?

ORION is synergy of new and advanced technologies based on an superior He/Ne-gas field ion source Nano-patterning and Visualization Engine (NPVE) and a Ga ion-beam milling system.

The heart of the ORION helium ion microscope is the gas-field-ion source (GFIS) that is an adaptation of the old concept of the gas field microscope.

The beam generated by GIFS is conditioned and aligned by electrostatic lenses and scanned over the sample surface where it generates the imaging signals, such as of secondary electrons, back-scattered ions, and others. These signals are further collected by the corresponding detectors and processed by the image acquisition system.

The superior spatial resolution (~0.3 nm) and other advantages of the ORION helium ion microscope originate from a number of factors specific to the ion beams, such as: 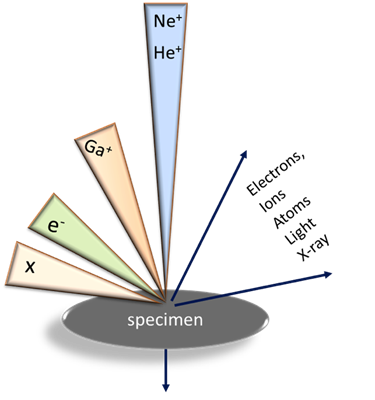 Sample charging of electrically insulating samples in ORION can be efficiently compensated by the build-in electron flood gun because the sample charging in an ion microscope is positive and relatively small due to small probe currents. This significantly simplifies sample preparation procedures and improves resolution of the surface features. 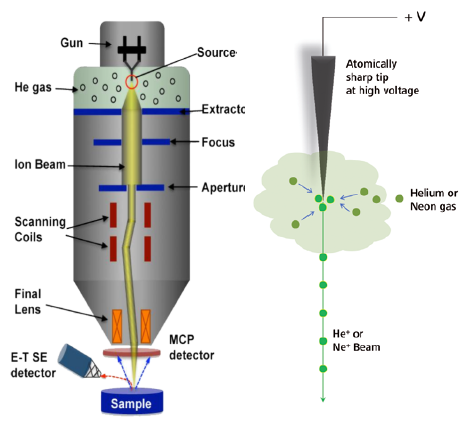 Nanofabrication tools of ORION include: