Has US Politics Gone Off the Rails? A Washington Insider’s View

CWS gladly invites you to a talk by lieutenant colonel Jonathan Soltz on US politics. 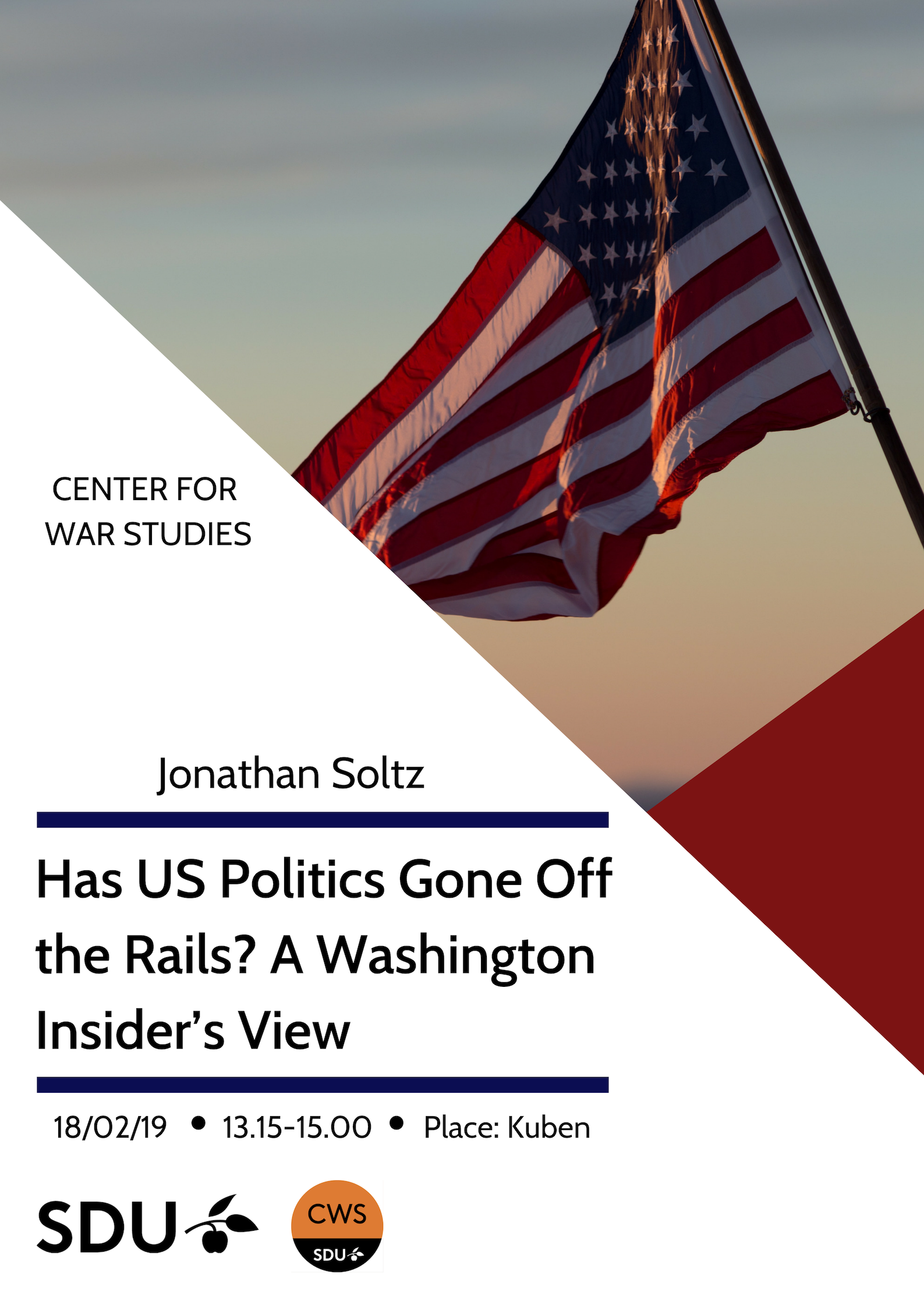 How has Trump affected the political climate in the US? As you may know the US has just experienced its longest government shutdown in history. But is there structure in all of the chaos – or is it just pure chaos?  On the 18th of February CWS will host a talk by Jonathan Soltz on US politics from 13.15 to 15.00 in Kuben.

Bio Jonathan Soltz is a lieutenant colonel in the United States army reserve and has been deployed to both Kosovo and Iraq. The lack of clarity around the Iraq mission upset him and when he went back to the US he resumed his masters and wrote about the unsuccessful US foreign policy. He has also started a Political Action Committee named VoteVets.org backing up political candidates with a military background. So far he has had a lot of political influence especially on democrats. All in all Jonathan Soltz has his finger on the pulse in terms of domestic and foreign US policy as well as the situation in the Middle East.