Air Commodore Johnny Stringer was the UK Air Component Commander in the Middle East between October 2016 and October 2017, commanding all UK air assets across the region and in support of the coalition fight against ISIS; his tenure spanned the decisive operations to liberate Mosul and Raqqah. 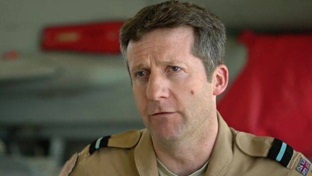 A Jaguar and Typhoon pilot with operational tours over the Balkans and northern Iraq, Johnny also has Masters Degrees from Oxford and King's College London. He is coming to SDU to present his insights into modern air power, the prevention of civilian casualties and the fight against ISIS just prior to his next appointment as Chief of Staff Joint Forces Command later this month. All welcome in 'Kuben' near entrace S from 2 to 3pm! Come early to reserve your seat - we are expecting a high level of interest in this fascinating lecture!