A Theory of Political Violence

On 20 September 2019, CWS has the pleasure to welcome Dr. Nuno Monteiro to talk about "A Theory of Political Violence". 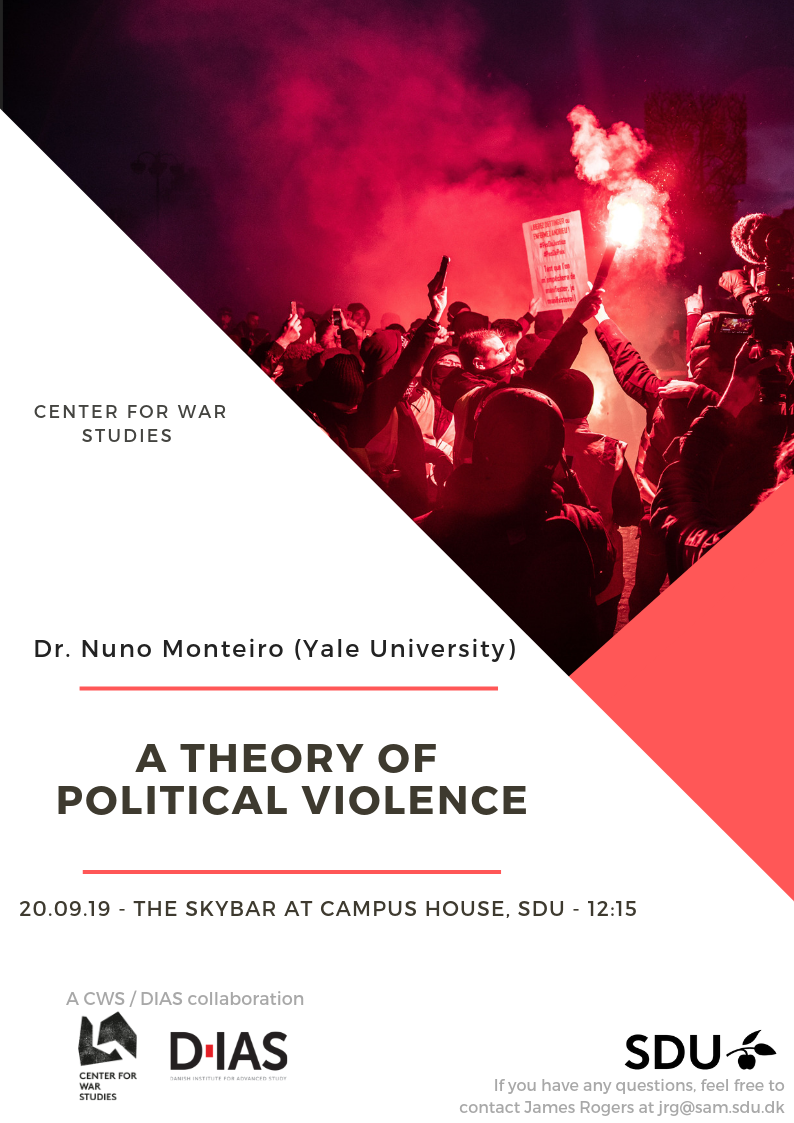 Join us for this intriguing talk at the Skybar at the Campus House at SDU!  The talk begins at 12.15.

Bio
Dr. Monteiro’s research focuses on International Relations theory and security studies. He is the author of Theory of Unipolar Politics and Nuclear Politics: The Strategic Causes of Proliferation (with Alexandre Debs), published by Cambridge University Press in 2014 and 2017, respectively. His work has been printed in the Annual Review of Political Science, Critical Review, International Organization, International Security, International Theory, and Perspectives on Politics; and his commentary has appeared in numerous outlets including the Guardian, Foreign Affairs, the National Interest, and Project Syndicate. At Yale, Dr. Monteiro is also a research fellow at the Whitney and Betty MacMillan Center for International and Area Studies and a fellow of Branford College. He earned his doctorate from the University of Chicago in 2009.