In 1947 the Kuomintang government of the Republic of China sketched territorial claims in the South China Sea and in 1949 the People’s Republic of China used a modified version of those claims – the so-called nine-dashed line – to illustrate the maximum extent of its own claims in the area. The area extends south for about 1800 kilometers from the Chinese island of Hainan. 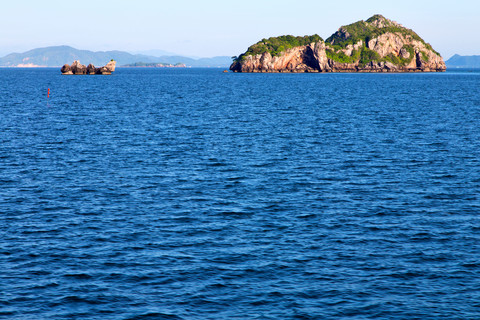 All countries involved have ratified the United Nations Convention on the Law of the Sea (UNCLOS), and in January 2013 the Philippines instituted arbitral proceedings under that convention “with respect to the dispute with China over the maritime jurisdiction of the Philippines in the West Philippine Sea”. Thus in addition to the incidents “on the ground” the disagreement between the two countries is also framed in legal terms.

The two parties have taken very different approaches to the legal questions. The question of maritime delimitation entails firstly determination of territorial sovereignty over mainland and islands and subsequently – where territorial sovereignty may lead to competing claims - delimitation of jurisdiction. The Philippine take on the dispute has been to claim a 200 nautical mile exclusive economic zone in accordance with UNCLOS and is asking the arbitral tribunal to uphold the rights to exploit the waters. Thus the Philippines choose to consider the issue from the perspective of the Philippine territorial sovereignty, and have submitted the question to the arbitral tribunal. China on the other hand seeks to the frame the issue as a question of territorial sovereignty which lies outside the scope of the UNCLOS and bases its claims for sovereignty on – to some extent vague – historical rights. Furthermore China has consistently rejected to recognize and participate in the arbitral proceedings; indeed the Chinese preference is to settle the matter in bilateral negotiations.

Under the rules of the UNCLOS the starting point for measuring the various maritime zones of costal states is the baseline –usually the low-water line. According to article 121 of the UNCLOS an island – for the purposes of sea delimitation - is defined as ‘a naturally formed area of land, surrounded by water, which is above water at high tide’. In relation to islands situated on atolls or islands having fringing reefs the baseline is situated at the seaward low water line of the reef. Finally a low-tide elevation is above water at low tide but submerged at high tide. The low-tide line of the elevation may be used as baseline if the elevation is within an area that would otherwise be within the territorial sea as measured from the mainland or an island. If, in contrast the low-tide elevation is situated wholly outside such an area it has no territorial sea of its own. From the baseline the coastal state may claim up to 12 nautical miles territorial sea and 200 nautical miles exclusive economic zone as well as right over the continental shelf.

There is one further aspect of the UNCLOS which is relevant in relation to the disputed uninhabited islands: In addition to providing a definition of an island, Article 121 of the UNCLOS specifies that ‘rocks which cannot sustain human habitation or economic life of their own’ cannot form the basis of jurisdiction over an exclusive economic zone or rights to the continental shelf; only territorial sea can be claimed. This provision is particularly relevant in light of recent developments: China has started constructing structures on - according to satellite footage - at least 7 of reefs and islands. This involves landing strips and mall like structures. This has led to Philippine speculation that eventually the islands may become inhabited, claim self-determination and attach themselves to China.

Consistent with its approach to the issue and the Philippine proceedings China presents reclamation of land as construction on its own territory. That said the reclamation of land and various constructions may be seen as addressing both legal perspectives: effective Chinese control over the islands and surrounding waters serve to buttress the claim for territorial sovereignty – albeit this claim is more political than legal , and in relation to the issues of delimitation the construction of installations may be intended to “upgrade” the islands from “rocks” to islands proper– and thus form the basis of claims extending beyond the 12 nautical-miles territorial sea to the full 200-nautical miles exclusive economic zone and the continental shelf.

While some of the legal aspects are outlined above it should be noted that the full political and legal implications of the dispute are beyond the scope of this post.