Russia, NATO, and the Security Dilemma

Sixteen years after the NATO alliance dropped bombs on Montenegro as part of their 1999 operations against the Federal Republic of Yugoslavia, the alliance decided to formally invite the country to start talks that could result in alliance membership.  The proposed expansion was immediately condemned by the Russian Federation, whose foreign ministry called it an “openly confrontational” move to which they would “respond accordingly.”

This pattern of NATO expansion followed by Russian condemnation and threatened retaliatory action has now become quite familiar, particularly in light of recent Russian interventions in/invasions of Georgia (2008) and Ukraine (2014). On the one hand, these actions seem to reinforce the need for NATO to expand and protect more eastern states, like Montenegro, from potential future Russian aggression.  On the other hand, we can also interpret this pattern with the causal direction reversed, that NATO is inadvertently fueling aggressive Russian foreign policy through its expansion.

This was the subject of a talk that I gave at an InterPol event on Russia’s role in the world community a few weeks ago.  The recent developments in Montenegro highlight a fundamental problem NATO has in choosing the best course of action with respect to potential expansion: it can be incredibly difficult to sort out the source of Russian aggression.  One explanation for this difficulty is the security dilemma.  Put simply, a state might act aggressively because it has decided to pursue an aggressive and revisionist foreign policy.  However, it also might act aggressively for the completely opposite reason, that it is afraid, insecure, or upset over the perceived aggressiveness of other states and is reacting defensively.  The problem is that with Russia, we can find evidence on both sides of the argument. 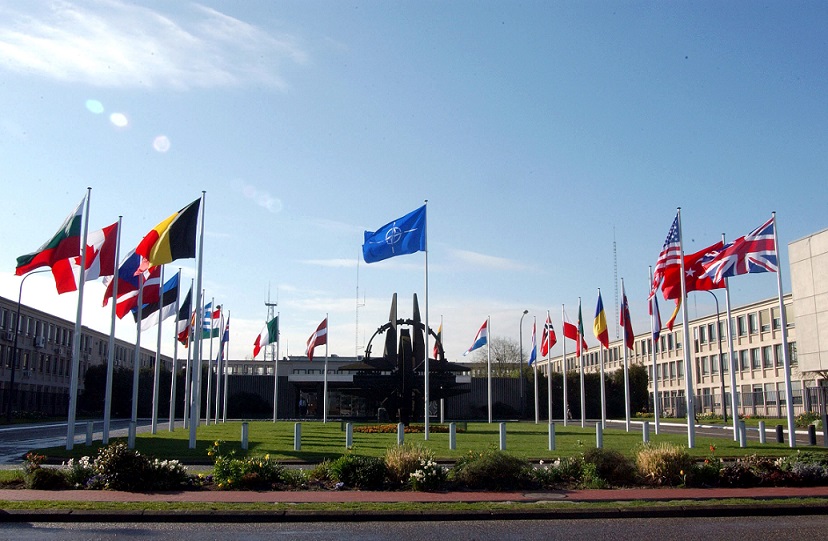 NATO has a fundamental problem in choosing the best course of action with respect to potential expansion: it can be incredibly difficult to sort out the source of Russian aggression.
Photo: Colourbox.com

Russia as Revisionist Power
This view is widely shared by the eastern NATO allies, particularly in Poland and the Baltic states.  For instance, the Polish defense minister clearly stated that recent Russian actions were caused by a will to restore the influence it had when it was the Soviet Union.  There are several reasons why we might fear that Russia has turned to a more revisionist foreign policy.  First, it could be caused by government attempts to stoke (and control) nationalism to prop up domestic support by magnifying a clear self/other distinction that distracts the population from domestic problems.  Second, we might look to the increased influence or popularity of aggressive domestic ideology, such as Aleksandr Dugin’s version of (Neo-)Eurasianism.  Third, we may assume that as Russia moves towards authoritarianism, it loses out on the pacifying effects suggested by democratic peace theory with respect to the West.

If these are the primary drivers of recent Russian foreign policy, then our eastern allies are correct in arguing that NATO must prepare for further annexations by the Russian Federation and be ready to respond in a military manner.  Deterrence is likely the best option, including a reinforcement of existing NATO commitments and increased preparations to re-enter a Cold War scenario with different borders.  Failure in taking action now would likely embolden an aggressive Russia.

The other interpretation has Russia reacting negatively to NATO expansion and feeling generally betrayed by the West after the promises made in the heady days immediately following the end of the Cold War.  As Vladimir Putin put it succinctly at the 2007 Munich Security Conference,

I think it is obvious that NATO expansion does not have any relation with the modernization of the alliance itself or with ensuring security in Europe. On the contrary, it represents a serious provocation that reduces the level of mutual trust. And we have the right to ask: against whom is this expansion intended? And what happened to the assurances our western partners made after the dissolution of the Warsaw Pact?

As Putin puts it, there could be a genuinely felt feeling of insecurity about the expansion, particularly given that this is the same alliance that Russia had been opposed to for the previous half-century.  Professor John Mearsheimer argued this point in his recent talk to the department:  expecting that Russia is fine with NATO expansion to its borders is similar to expecting that the United States would be fine with China opening a naval base in Vancouver.  China might state that its intentions are purely peaceful in cooperation with Canada, but this does not mean that the United States will see it this way.

There is evidence that Russia might be only reacting to NATO encroachment in their intervention behavior.  Their interventions occurred only in states,Georgia and the Ukraine, that were on their border and desired NATO membership.  Additionally, the interventions were very limited in scale.  Russia controls only a small part of each country – just enough to create a frozen conflict that prevents these countries from being accepted into NATO.  The occupation of Crimea, in particular, ensures that a strategically important naval base cannot be further used as a pawn in negotiations with the Ukrainians.  Finally, the interventions have only taken place in territories where there is a claim that the majority of the population is Russian.  While this is a controversial claim, since ethnicity is a fluid political concept, it might suggest that Russia is not interested in ‘foreign’ occupation.

If this is the case, then the policy solutions for NATO are unfortunately almost the exact opposite as in the aggressive case.  Further deterrence on the part of NATO will only reinforce the Russian perception of an aggressive and encircling West.  Instead, the policy would likely call for a freeze in NATO expansion and a respect for the Russian sphere of influence as a great power in the region.

The Difficulties in Reconciling the Security Dilemma

The problem with the situation is that there is no easy policy option for NATO.  The security dilemma is a ‘dilemma’ because there are two potentially correct interpretations that lead to conflicting policies – and it is possible to get it wrong in both directions.  Deter when you should have reconciled and you end up with an unnecessary escalation in conflict.  Reconcile when you should have deterred and you end up with Chamberlain’s piece of paper.  What is important about the security dilemma is that it reminds us that it is sometimes difficult to find good policy answers in international politics – and it is better to understand that a situation might be irreducibly complex than to fool ourselves into thinking that there is a simple answer.

Link to this article: http://www.sdu.dk/en/Om_SDU/Institutter_centre/C_CWS/Previous+Blog+Posts+BW#dilemma