Denmark opens the race for the North Pole

On December 15th, representatives from the Danish Ministry of Foreign Affairs arrived at the offices of the UN’s Commission of the Limits of the Continental Shelve (CLCS) in New York with five boxes containing Denmark’s claim to the geographic North Pole. Copenhagen asserts that the Lomonosov Ridge, an underwater ridge that runs between North America and Asia, allows Denmark to claim an 895,000 square kilometer area north of Greenland. This would give Greenland control over an area the size of France and Germany combined, stretching to the Russian nautical boundary. 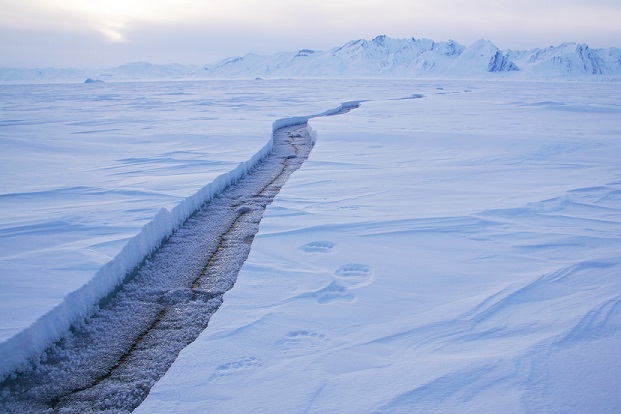 The Danish claim will most likely overlap with American, Canadian, Russian, and Norwegian claims that will be submitted in the years to come (the US has not ratified UNCLOS, but Washington has declared that it will respect the process). Especially the overlap with the Canadian and Russian claims is likely to be significant. This opens a complex settlement process that will most likely run for ten to fifteen years. The CLCS will evaluate the claims and provide recommendations, but the commission does not have the authority to settle any disagreements. Instead, the countries will have to determine the borders through bilateral negotiations. The process will thus be more about international politics than law.

Symbolic Border
The Danish claim does not mark the beginning of an Arctic great game. The border issue is essentially about symbolism and has little to do with the search for Arctic resources. Several commentators have seen this border dispute as a fight for the bountiful resources – oil, gas, minerals, and control over sea-lanes – that can be found in the High North. This is a misunderstanding. First, UNCLOS does not give the states right to regulate traffic within the area, meaning that the present dispute is disconnected from the control of sea-lanes.

Second, although the law of the sea gives the states control over resources found on the sea-bed, the areas in question are barren and inaccessible. The US Geological Survey (USGS) estimates that the bulk of the Arctic resources are located along the coast-lines, in areas that have already been distributed. Furthermore, the sea-bed in question is covered by several kilometers of ocean and a thick ice-sheet, making it one of the globe’s most inaccessible places. Simply put, there is little or no oil and gas in these areas and even if there was any resources to be found, it would not be possible, let alone profitable, to extract them.

The border dispute is instead about domestic politics. Denmark essentially makes this claim to shore up support for the current constitutional arrangement within the Greenlandic population. Greenland has been on the path for independence for decades and all parties within the parliament in Nuuk support independence from Copenhagen. Aleqa Hammond, who served as Greenland’s premier until this fall, famously claimed that she expected to see an independent Greenland in her lifetime. The Danish government knows that it needs to show that it is also Greenland’s government and it goes to great lengths to consult Nuuk.  Claiming a symbolically important area on behalf of Greenland is thus Denmark’s way of showing that it is on the Greenlanders’ side.

Reaction from Russia
However, making a claim to the North Pole is not unproblematic, especially not in the current international environment where Russia and the West are already at each other’s throat over Ukraine. The Danish claim will probably lead to a reaction from the Russian government that cannot stand idly by when another Western state (and a rather small one to boot) encroaches on a territory that is perceived as rightfully Russian.

The Russian reaction is also driven by domestic political concerns rather than economic interests. Moscow has a strong economic interest in keeping the Arctic stable and Russian bluster has been less prevalent in the High North, compared to other regions. Russia has bountiful deposits of oil and gas in its part of the Arctic. These resources are essential for the long-term viability of the Russian economy and Moscow needs Western technology and capital to extract them.

However, even if Putin would prefer to ignore this issue, he will still be vulnerable to domestic right-wing forces that may claim that Russia should stand up for its right to the pole. In the grand scheme of things, dividing the Arctic is too unimportant to spark an actual war, but Putin would likely opt for a symbolic gesture that may satisfy domestic audiences. One obvious possibility would be to make a territorial claim that extends all the way from Russia to the Greenlandic border, thus mirroring the Danish claim.

Russia was originally meant to make its claim one month ago, but Moscow has decided to postpone its claim, which is likely to be made next year. Other options could include more military expeditions and exercises that involve Russia’s scientific bases in the High North, some of which are located closely to the geographic North Pole or more demonstrative speeches that reiterate Russia’s special status and historical mission in the Arctic. The Western states should already now think about how they want to react to such initiatives and how they can avoid a spiral of claims and blustering that could affect regional cooperation.