Whither Justice? ICC and the African Union’s Devotion to International Criminal Justice

Written by Frederik Harhoff, Professor, LL.D. at Department of Law

In a previous blog on 18 June 2015, Assistant Professor Bugge Daniel raised the issue of South Africa’s failure to arrest and transfer the Sudanese Head of State, Omar al-Bashir, to the ICC for prosecution of war crimes, crimes against humanity and genocide committed by Sudanese forces and their allied Janjaweed Militia against Sudanese civilians belonging to the Fur, Masalit and Zaghawa groups in the Darfur Region of Sudan where an estimated 300 000 people have been killed and more than two million displaced. This present blog follows up on Professor Daniel’s observations.

ICC’s jurisdiction over Mr. al-Bashir
Sudan has not ratified the ICC Statute and is therefore not a party to the ICC. Ordinarily, thus, ICC would not have jurisdiction over such crimes committed in Sudan. However, following the Report of the International Commission of Inquiry on violations of IHL and Human Rights Law in Darfur, the UN Security Council decided in March 2005 to refer the situation in Darfur to the ICC (See Resolution S/Res/1593(2005), adopted under Chapter VII of the UN Charter). After investigations made by the ICC’s Prosecutor, the ICC then indicted Mr. al-Bashir for crimes against humanity and war crimes in 2009, and for genocide in 2010.

Shortly after Mr. al-Bashir had been indicted by the ICC, the Sudanese Government requested the UN Security Council to defer the case “in the interest of peace, justice and reconciliation” so as to allow time and tolerance for the African diplomatic efforts to succeed, but this request was turned down by the Security Council. The Assembly of the African Union (AU) therefore responded by adopting a controversial Decision directing the AU member States to refuse to cooperate with the ICC in the matter of arrest and surrender of President al-Bashir, (see Decision Assembly/AU/Dec.245 (XIII), adopted at the Assembly’s 13th ordinary session in Sirte, Libya, from 1st to 3rd July 2009). 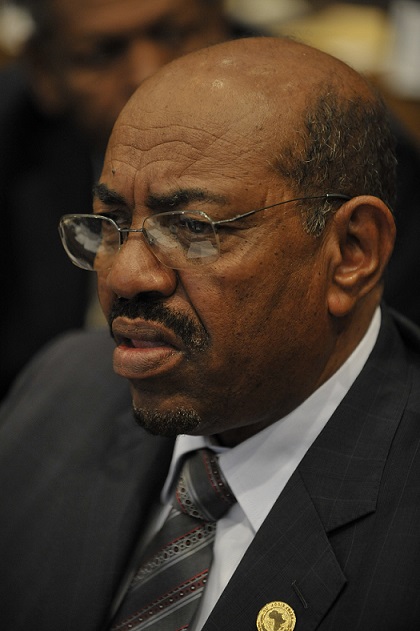 African Union’s Frustration over the ICC
The ICC’s indictment against President al-Bashir and the Security Council’s subsequent refusal to defer the case sparked strong frustration among many African leaders over what they perceived as the UN’s and the ICC’s arrogance and lack of respect for the AU’s political and diplomatic efforts to stabilize the situation in Darfur. What many Africans noted was yet another African leader in yet another African conflict brought before a biased Court which so far had indicted only Africans. Thus, they came to view the ICC as a bluntly anti-African, corrupt and political court which is merely supporting Western, and especially European, foreign policies and its own bureaucratic imperative.

Mr. al-Bashir’s Unobstructed Travels
Since then, President al-Bashir has been able to visit several African countries in his official capacity as Head of State without any steps taken to comply with the ICC’s arrest warrant. Mr. al-Bashir most recently visited South Africa which had invited him on a promise of immunity to attend the 25th African Union summit in Johannesburg last week.

This time, however, a Judge at the High Court in Pretoria had issued an order to the South African border control authorities to prevent Mr. al-Bashir from leaving the country, pending a judicial decision on his arrest in compliance with the ICC’s warrant of arrest and transfer to The Hague. However, Mr. al-Bashir was able to leave the country unhindered before any further decision was taken by the High Court on his arrest.

ANC’s Uneasy Relationship with the ICC
According to the Mail & Guardian, President Zuma of South Africa had personally ordered the South African Police not to arrest Mr. al-Bashir and had instructed the border control authorities to ignore the High Court’s order to prevent him from leaving the country.

The Mail & Guardian quoted Mr. Obed Bapela, the head of the ANC’s international relations sub-committee and deputy co-operative governance minister, for saying that “regarding al-Bashir, the Government had to choose between politics and the law, and it chose politics… There is so much wrong happening in the ICC. It is not designed for dealing with African countries… It is a policy of the ANC that we remain a member of the ICC [but], given the recent events, we must review our position whether [our] membership is yielding its goals, - or has the ICC been sidetracked and hijacked by forces that are anti-progress?” - But other ANC leaders want the country to remain a signatory to the ICC and to campaign for its reform. In any case, the South African Government is now facing a dangerous constitutional crisis between the executive and the judiciary.

Immunity for Acting heads of State?
According to customary international law, official acts of State are not subject to foreign jurisdiction and incumbent Heads of State, likewise, remain immune from criminal prosecution abroad for acts performed in the service of their official duties. However, it must be possible to prosecute political leaders of brutal authoritarian states who engage in crimes against humanity by facilitating mass torture, rape and ethnic cleansing of civilians and similar heinous crimes. This is now recognized in Article 27 of the ICC Statute which spells out that: “Immunities or special procedural rules which may attach to the official capacity of a person, whether under national or international law, shall not bar the Court from exercising its jurisdiction over such a person.”

Politics over Justice?
As South Africa has ratified the ICC Statute, and indeed was one of the supporting countries of the establishment of the ICC, South Africa is plainly and squarely bound by this provision. Allowing Mr. al-Bashir to leave the country despite several calls from the ICC to have him arrested, thus, appears to represent a manifest violation of South Africa’s obligations under the ICC Statute. This is true even if neither the UN Security Council’s original Decision to refer the case to the ICC, nor the ICC’s arrest warrant against Mr. al-Bashir specifically address the issue of his immunity as Head of State. That is not required by the ICC Statute.

Anyway, choosing politics over justice, as Mr. Bapela so eloquently spelled out, is hardly conducive to peace and stability in the long run.