Drones vs. the American Military Hero

Written by Thomas Ærvold Bjerre, Associate Professor at Department for the Study of Culture

As someone studying the field of war and masculinities studies from an American perspective, the past decade has been rich in material. As several researchers have asserted, war has played a key role in the way masculinity has been constructed and understood culturally.


My primary material is popular culture, in particular literature, film, and photography. And there is certainly much to say on the ways in which Hollywood films function to shape and uphold images of so-called hegemonic masculinity, and about the ways in which novels offer a more nuanced and complex understanding of the tension between American cultural conceptions of masculinity and the soldiers’ actual experiences. But what I want to point attention to here is a new player on the field: drones. 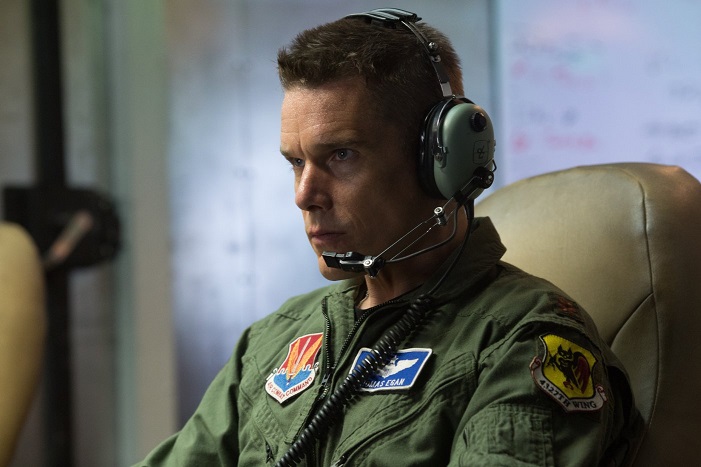 The use of US drone operations might change the conception of the American military hero.
Photo: Ethan Hawke as a drone operator in the movie Good Kill.

Contradicting pictures
From my vantage point, I will be very interested in observing how the increased use of US drone operations—and the related hesitance of employing “boots in the ground”—will influence the cultural depiction of the American military hero. For centuries, the cultural imaginary has defined the soldier based on traditional sex role behaviors in which the male body has served as a central metaphor for power, strength, and risk-taking.

But what happens when the traditional male warrior is placed not on the actual battlefield but in a padded cockpit chair facing monitors in an air-conditioned facility in Nevada or another US location? How do we understand military heroism when it is performed with a joystick by someone thousands of miles out of harm’s way? And how do we understand the fact that a number of drone operators are diagnosed with PTSD?

Exploring the drones
Several artists have begun to explore the drones from an ethical standpoint, among them Omar Fast’s video installation What the Drone Saw, James Bridle’s art project Under the Shadow of the Drone, George Brant’s play Grounded, and the online game Unmanned.

Next month sees the US release of Andrew Niccol’s film Good Kill in which Ethan Hawke plays a drone operator who develops PTSD and begins to have ethical concerns about his job. And I suspect that it is only a matter of time before we see the first novel about a US drone operator. As these texts emerge, they will serve to influence and shape the ways in which we understand how drones affect our understanding of American military heroism.