Written by Thomas Ærvold Bjerre, Associate Professor at Department for the Study of Culture

Sunday, January 16, marked the 25th anniversary of the First Gulf War, also known as Operation Desert Storm. In the wake of Iraq’s invasion and annexation of Kuwait in late 1990, a U.S.-led coalition began a 5-week bombardment of Iraqi targets from air and sea. On February 24, a swift ground assault drove the Iraqi military from Kuwait and continued into Iraqi territory. 100 hours after the ground assault, president George H. W. Bush declared a cease-fire. While the objective had been met, Saddam Hussein was still in power.


Bloodless and sterile images
So, how do we remember the First Gulf War today? As Robert Eberwein has noted, “the history of war is to a great extent the history of its representation”. To those not directly involved, Operation Desert Storm was a highly visual affair: CNN’s live coverage, complete with footage from “smart bombs” and the iconic footage of streaks of anti-aircraft fire over the skies of Baghdad quickly became the visual markers of that particular war. The irony is that very little was actually shown to the public.

Jean Baudrillard’s famously asserted that The Gulf War did not take place, arguing that what was shown on TV was a bloodless, sterile spectacle that had been planned and programmed by the US military and government. In other words, people were awed by the visual and technological spectacle while the actual costs of war were left out. 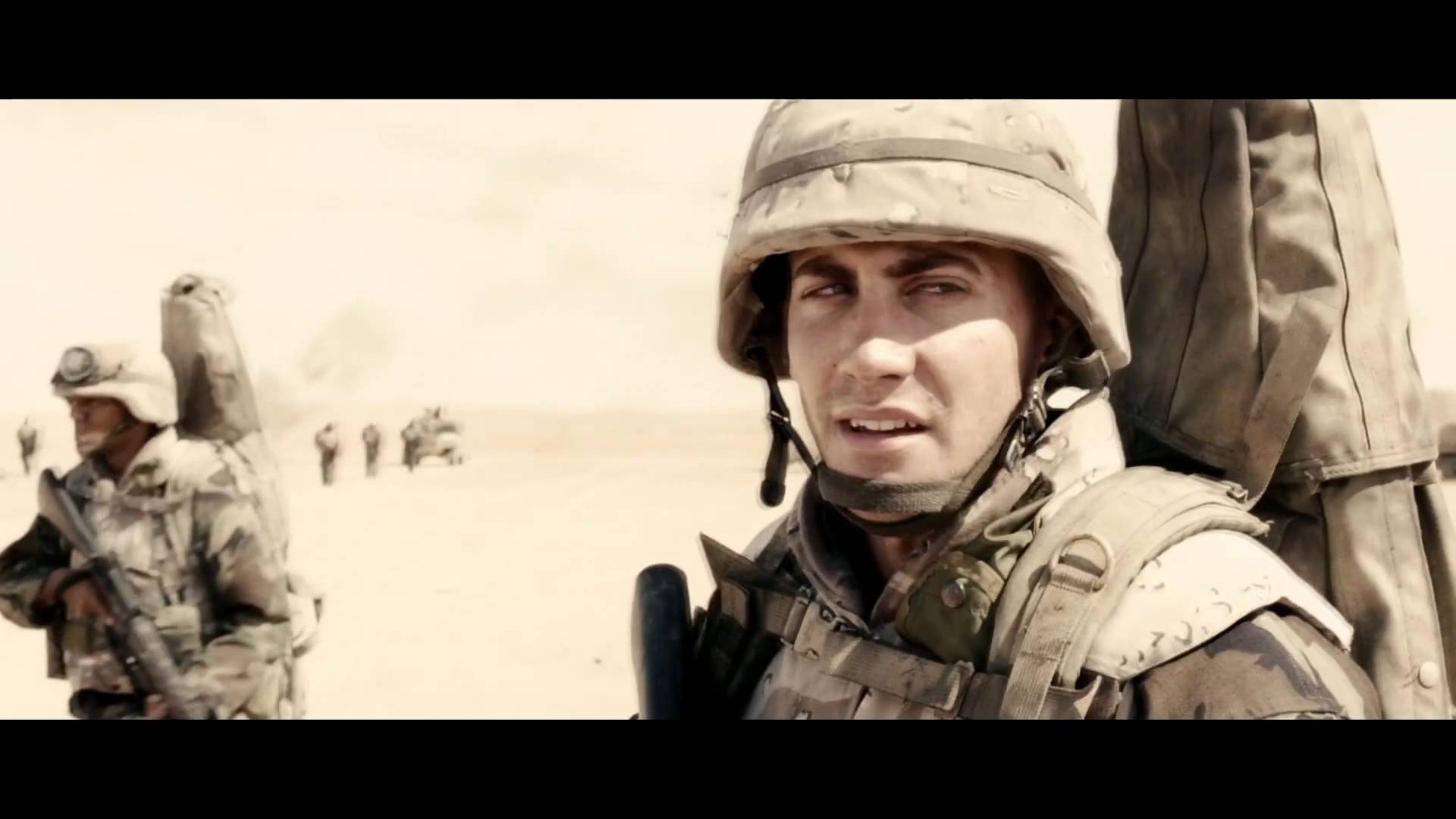 From the movie Jarhead

Hollywood's view
A significant part of war representation is, of course, war films. So how has Operation Desert Storm been represented by Hollywood? Interestingly, the relatively few American films dealing with the war, do not follow celebratory narrative put forth by CNN and the U.S. administration and military.

Instead, as Roger Eberwein argues, films like Edward Zwick’s Courage under Fire (1996), David O’Russell’s Three Kings (1999), and Sam Mendes’ Jarhead (2005) (Jonathan Demme’s remake of The Manchurian Candidate (2004) is partly in this category as well) “destabilize generic expectations in ways that constitute a critique of United States policy and conduct in the conflict”.

Courage under Fire is a complex interrogation of the nature of heroism that goes to great lengths to show that truth (in this case, the truth of what happened in a particular battle) is fragmented and multi-perspectival.

Three Kings and Jarhead come off as dark and satirical works in the tradition of anti-war classics such as Catch-22 and Slaughterhouse 5. Tony Grajeda has made a compelling case for the importance of Three Kings: despite its comedic frame, it is a complex film that manages to provide a historical context for the war and an interrogation of the ways in which Desert Storm was a “media war,” and to offer a compelling Iraqi perspective as well.

And Jarhead, adapted from Anthony Swofford’s best-selling memoir, is in effect a non-war film that stresses the inane boredom of the U.S. Marines. “Are we ever gonna get to kill anyone?” asks one of the Marines in the film, and viewers expecting a traditional war film doubtlessly asked the same question.

Heroism contra reality
While these three films may have fallen by the wayside in the avalanche of more recent war films (both about World War II and the recent War on Terror), they all serve as important reminders of the importance of critical narrative fiction. While the war film genre abounds with examples of heroic and jingoistic propaganda, and in a time when Hollywood has apparently returned to the heroic form (American Sniper being the best example), one way of marking the 25th anniversary of Desert Storm could be to watch these three “old” films and to apply the questions they ask to the wars being fought today.