On 14 July 2015, the P5+1 (China, Russia, United States, the United Kingdom, France and Germany), together with the European Union and Iran, put forward an international agreement called the Joint Comprehensive Plan of Action. This deal between Iran and the other powers aims to curb potential Iranian nuclear ambitions in exchange for a reduction in the international sanctions.


On 14 July 2015, the P5+1 (China, Russia, United States, the United Kingdom, France and Germany), together with the European Union and Iran, put forward an international agreement called . This deal between Iran and the other powers aims to curb potential Iranian nuclear ambitions in exchange for a reduction in the international sanctions.

The deal marks a potential shift in the otherwise unfriendly diplomatic relations between the United States and Iran.  For over a decade, tensions have been higher than normal because of US fears that the Iranians were developing a nuclear deterrent. This was worrying not only because it might create another nuclear state often hostile to US interests, but that it might also negatively affect the legitimacy of the Non-Proliferation Treaty.

The deal is highly contentious within the United States.  Democrats have come out largely in favor, while Republicans have (with some exceptions) been against the deal. Given that the deal might help to alleviate US fears by keeping Iran non-nuclear and increase the breakout time of the Iranian regime, why is it so contentious?  I would like to argue that one way to understand the controversy is through the lens of what we call generalized trust. 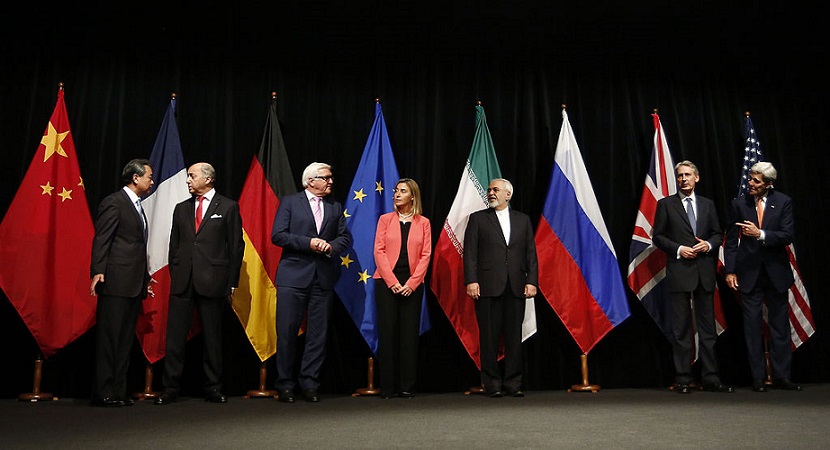 Rathbun has used his approach to explain why the United States signed up for the United Nations but failed to join the League of Nations. He also looked at the patterns of behavior in the creation of the North Atlantic Treaty Organization, coming to the same conclusion that the political success of generalized trusters is an important variable explaining why states join and how they shape multilateral treaties. Domestic politics thus has a large role to play in our understanding of international outcomes.

Generalized Trust and the Nuclear Deal
But what applies to multilateral treaties that form security organizations might also apply to nuclear agreements. On the face of things, we can see these ideas playing out in US domestic politics. It is the liberal Democratic president and his administration who are the most supportive of the deal. Similarly, the conservative Republican representatives and leading presidential candidates are almost uniformly against the idea of signing the agreement.

As expected, the conservatives would prefer a deal with tighter restrictions on Iran while the liberals are happier with a slightly looser (though still quite strict) agreement. Both sides have roughly the same information, but the fact that they come to different conclusions about the best policy reflects back on the propensity for liberals to trust and conservatives to distrust.

This is important because it highlights the importance of domestic politics on key moments within international politics. Though all states might be affected by the structural forces of anarchy, they will respond differently depending on the success or failure of particular political factions domestically. But it is also important for the Iranian nuclear deal in particular because it reinforces the saying that ‘all politics is local.’ Despite the amount of work put into the deal on the international level, domestic politics can still make or break potential diplomatic breakthroughs in relations between states. Generalized trust gives us a framework to understand this process.