Was the international norm against torture compromised in the war on terror?  One the face of things, the Bush administration’s willingness to torture individuals for intelligence suggests that there were serious problems.  Moreover, acting in cooperation with the extraordinary rendition program, several states including Poland, Lithuania, Romania, and Thailand facilitated torture by hosting so-called ‘black sites’ in their territory.


This cooperation was corroborated in the recent executive summary published by the Senate Intelligence Committee.  It is highly likely that all states were aware of the existence of the black sites and what could possibly happen there given the rhetoric of the Bush administration and the CIA after 9/11.

Having so many states agree to host secret sites where the CIA could torture detainees for information paints a grim picture of the state of the anti-torture norm.  It falls in line with what many realist scholars might say about human rights in general – that they will only be respected so long as national security is not involved.  Once states must make the decision between national security and human rights, human rights will (and should) lose every time. 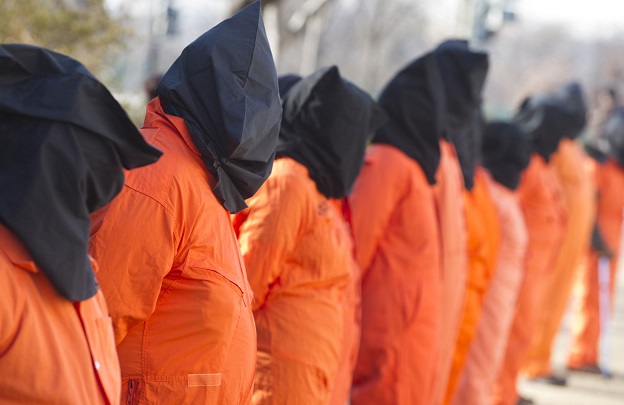 The Senate Report and Cooperation in the Black Site Program
The Senate Intelligence Committee report in the CIA, despite revealing shocking and pointless abuse on the part of the CIA, also provided detailed descriptions of the cooperation between the United States and these other states.  Importantly, it shows that these states were not actively and freely cooperating with the CIA to facilitate torture.  Instead, the report illustrates how the CIA went to great lengths to secure and perpetuate this cooperation.  Even when the program was completely secret and in the years immediately after 9/11, the CIA needed to constantly put out diplomatic fires and provide large financial incentives.  In their internal discussions they were well aware of the problems that could arise from violating the anti-torture norm – both for their partner states and for themselves.

For instance, the report states that the CIA faced widespread domestic political opposition to the program in Thailand even while secret and given ongoing financial incentives.  The report argues that the site would have been closed much earlier without constant diplomatic interventions by the chief of the Station with the Thai government.  Equally, Counterterrorism Center Legal specifically warned about potential legal action against CIA employees in states that might ‘take a different view of the detention and interrogation practices employed by [the CIA].’  Given this possibility, it argued that there are particular sets of states that the CIA should avoid.

Even more telling was the effect the program’s disclosure.  Once details about the black site program were published in 2005 through a story in the Washington Post and subsequently confirmed in 2006 by President Bush himself, this highly hesitant and unstable cooperation became next to impossible.  Several states immediately ordered that the sites be shut down, and the CIA found itself in great difficulty finding other states to fill the gap.  A 2005 CIA cable concluded that ‘if another shoe were to drop,’ then there would be ‘considerable ramifications for U.S. relations with [REDACTED] on a number of issues that depended on U.S. credibility in the area of human rights.’  The CIA also expected that the foreign services that helped them to conduct missions would no longer be ‘as aggressive or cooperative.’  In sum, once the program became public the problems faced by the CIA increased dramatically.

The  Anti-Torture Norm: Stronger than Expected?
There is still no question that these states cooperated with a program that resulted in torture.  However, the evidence suggests that there was awareness on all sides that this cooperation would be perceived as ethically and legally wrong if ever discovered.  This made establishing and maintaining cooperation much more difficult and demonstrates the causal effect of the anti-torture norm – even for secret conduct in the years immediately after 9/11.

My recent research has painted a more positive story about torture in the war on terror than we are potentially used to hearing.  It is a picture of very hesitant and unstable cooperation maintained only through constant diplomatic cajoling and financial payments – cooperation that became even more untenable when the program was made public.

This finding, in addition to previous research I have conducted on torture in the war on terror, suggests that although states might still choose to violate human rights in the name of security (and here human rights activists clearly have more work ahead of them), there is little evidence that anti-torture norm has been seriously harmed by the war on terror. Indeed, as these studies show, even though the most powerful states might choose to violate these norms in the name of security, they cannot avoid the serious costs in choosing to do so.