The Importance of Trust in Benelux

The three Benelux states, Belgium, the Netherlands, and Luxembourg, recently declared that they will share air defenses. This agreement is historic as it marks the first time that any European Union states have agreed to this level of military cooperation – particularly since it permits a foreign air force to engage potential targets over home soil, including civilian planes.

While the agreement is important to the development of European military cooperation, from my research perspective it also speaks to a larger issue concerning the importance of trust and trust-building among international allies.  This new agreement, in fact, is difficult to understand without considering the effects of trusting relationships, particularly given the dangers involved in security cooperation within international anarchy. 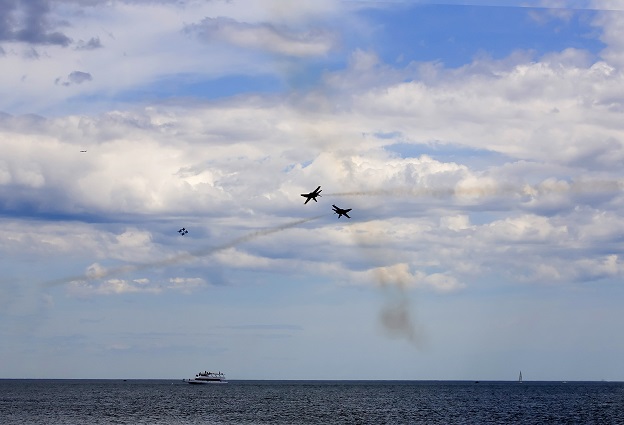 Alliances in Anarchy
As is well-known, international relations theory has traditionally had a very dismal view of the potential for security cooperation among states.  Many scholars stress that because there is no world government to enforce the law, states must engage in policies of self-help.  Though security cooperation among states might be beneficial for all involved, the exceptionally high cost of defection by one of the members creates a systemic barrier to these types of agreements.

As is well-known, international relations theory has traditionally had a very dismal view of the potential for security cooperation among states.  Many scholars stress that because there is no world government to enforce the law, states must engage in policies of self-help.  Though security cooperation among states might be beneficial for all involved, the exceptionally high cost of defection by one of the members creates a systemic barrier to these types of agreements.

This potential for defection comes in two major forms.  First, the ally might not come to the rescue of a threatened state when needed, or in the worst case scenario suddenly become a threat themselves.  Second, the ally might use the alliance to drag the other members into unwanted conflicts.  These problems affect all states in alliances, be they large or small.  Most of the literature therefore studies alliances through a perspective of distrust, asking how they can be maintained given the ever-present threat of defection.

Trust in International Relations
Here at the Center for War Studies we are taking a new approach, asking whether states can trust each other despite the conditions of international anarchy.  There has been recent interest in the subjects of trust and trust-building in international relations with many scholars arguing for the possibility of trusting relationships between states.  In a paper with Dr. Jan Ruzicka, I have argued that in some circumstances states enter into a trusting relationship, forming a social bond of trust that causes them to simply ignore the possibility of defection.  This can be very advantageous for states.  If they can generate a trusting relationship, they can avoid having to take steps to manage the possibility of defection, or as we call it, to hedge against the risk of defection.

We can see how this works in the case of the Benelux states.  Instead of each having to pay the reasonably large cost of maintaining an independent air force, thereby hedging against the potential for one of the other states to defect, their plan to share capabilities allows them to lower this cost dramatically.  Trusting relationships, where they are possible, have this effect of making all states within them better off – both economically since they do not engage in costly hedging, and socially as fear among the states is absent.

In fact, it is exactly this reduction of the hedging strategy that we argue is a primary indicator of a trusting relationship.  If the Benelux states were constantly considering the potential for defection, that is, distrusting each other as many in international relations argue they should, then the likelihood of this type of agreement being signed would be very low.  It is exactly their removal of this hedge against defection through force sharing that suggests they are in a trusting relationship, from which they can now derive many benefits.

Thinking about Trust-Building within Alliances
This is not to paint too rosy a picture about the possibility of trust among states in the international system.  Trusting relationships might be possible, and the Benelux states provide a good example of one, but there is no guarantee that states can easily enter into them.  But the success of the Benelux states does raise the question that we are currently exploring in a project at the Center for War Studies: Can military alliances be sites of trust building?

Together with international partners in the United Kingdom, Germany, Poland, and Turkey; Professor Sten Rynning and I are putting trust, not distrust, front and center in our understanding of military alliances.  If successful, we hope to gain an understanding of how states, like Benelux, might transform their relationships to reap similar benefits.