War Studies in a Changing World

On October 4th and 5th, the Center for War Studies (CWS) at the University of Southern Denmark hosted its first Annual Conference, to celebrate the recent institution of a European War Studies Network, and initiate the Network’s activities. The conference, titled “War Studies in a Changing World”, successfully brought together academics and practitioners from Strategy and Security studies, Law, Culture, and the Military.

The conference opened with a brief presentation from Sten Rynning, head of the Center for War Studies, and a roundtable comprised of scholars and practitioners, discussing the need for War Studies. Why do we need War Studies in this changing world – what is the added value of this multidisciplinary approach to understand contemporary issues? 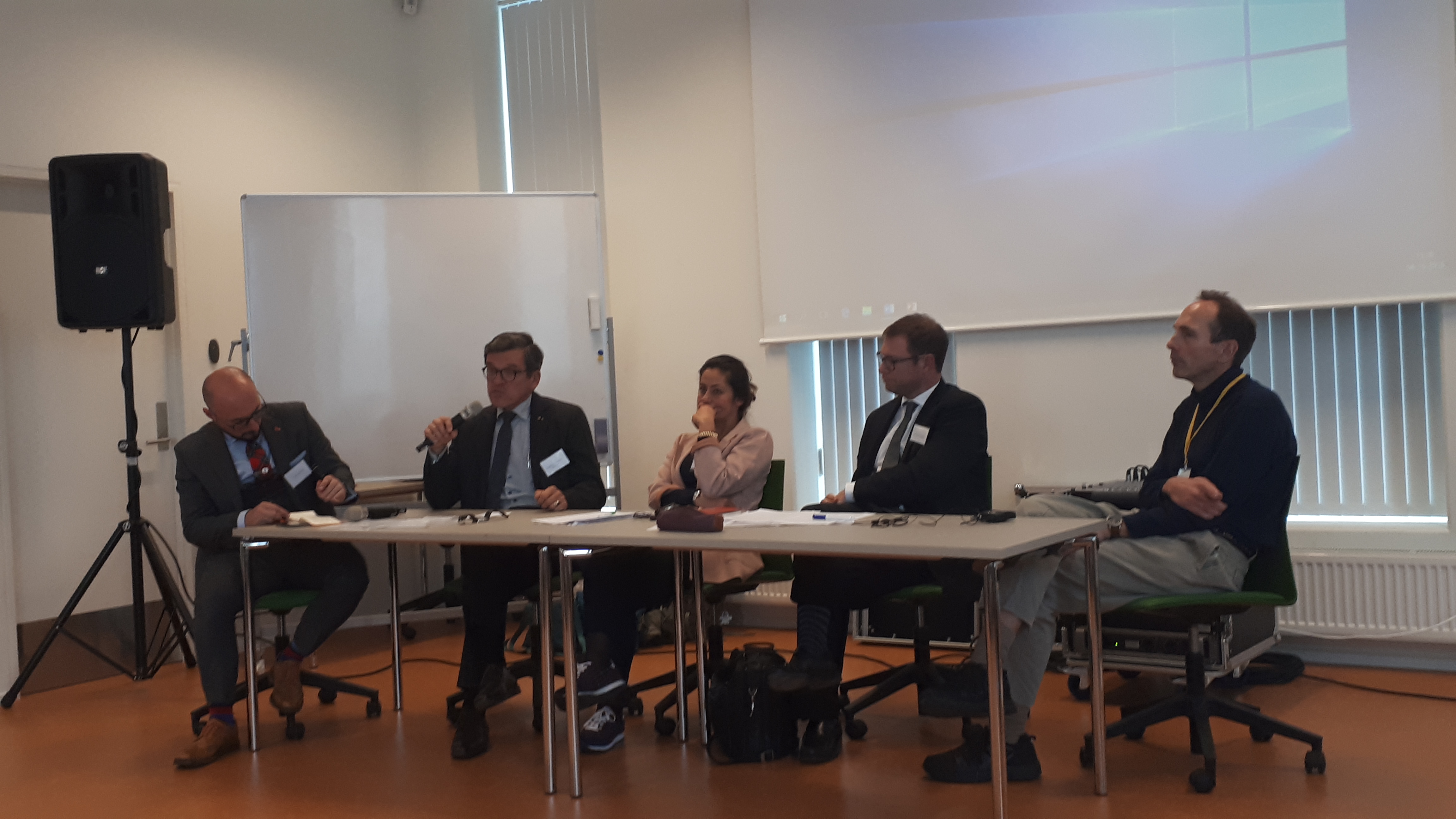 The origin of War Studies starts in the aftermath of the Second World War and the dawn of the Cold War with Professor Michael Howard from King’s College. His aim was to move beyond the traditional historical account of military campaigns and battles, and to re-encapsulate the study of war as a discipline that would be able to connect with wider political and societal need for understanding the character and nature of war. Since its founding the focus has been on researching the multifaceted aspects of war and peace, and this need to understand the forces at play could only be possible with a dialogue between practitioners and academics.

For Tsiporah Fried of the French General Staff, War Studies is the bridge that allows the military to understand the changing world in which they operate and informs their options. This multidisciplinarity is important for them in order to understand the international environment. For retired Brigadier General Rainer Meyer zum Felde (University of Kiel) the same holds true: militaries must be aware that defence planning is dependent on a wider angle of disciplines to catch both the changes and perennial character of war. Alessio Patalano (King’s College London) emphasized that the interplay between the changing character of war, and the perennial nature of war is important for academics and students, because the intellectual interest to know more about the contemporary issues underpins the added value of understanding the complex issues we are facing today. As a testament to the fruits of this dialogue, Jean-Vincent Holeindre (Université Paris-2 Panthéon-Assas) highlighted the vibrant studies that have been developed in France with a new generation of literature by practitioners and academics, albeit further interesting studies still await. According to Peter Viggo Jakobsen (SDU and Royal Danish Defence College), War Studies is neither science or art as it has been debated in the field, but a combination of the two.

The first Panel focused on how changes in political, social, cultural, and legal orders affect changes in military doctrines, ethical and legal principles and norms, and modes of representation. Iryna Marchuk (University of Copenhagen) talked about Hybrid Warfare vis-à-vis the 2014 crisis in Crimea and Eastern Ukraine, which affects the European security order through a spill-over effect caused by Russia’s operations, while Nicolas Stockhammer (University of Vienna) expanded the notion of warfare to include terrorism, as a type of warfare which can take many forms, and is changing our ability to cope and protect the public from such attacks. On the side of legal norms, Amelie Theussen of CWS elucidated the problem of the politicization of legally classifying contemporary conflicts, explaining how an inherent uncertainty about the applicability of law in each case of an armed conflict can lead to the selective application of legal principles, and eventually the possibility of international humanitarian law becoming irrelevant. Building on the changing character of the international order, Luciano Bozzo (University of Florence) talked about the importance of strategy in War Studies, and the need to overcome the “eclipse of politics” in the dynamic relationship between war, politics, and strategy. 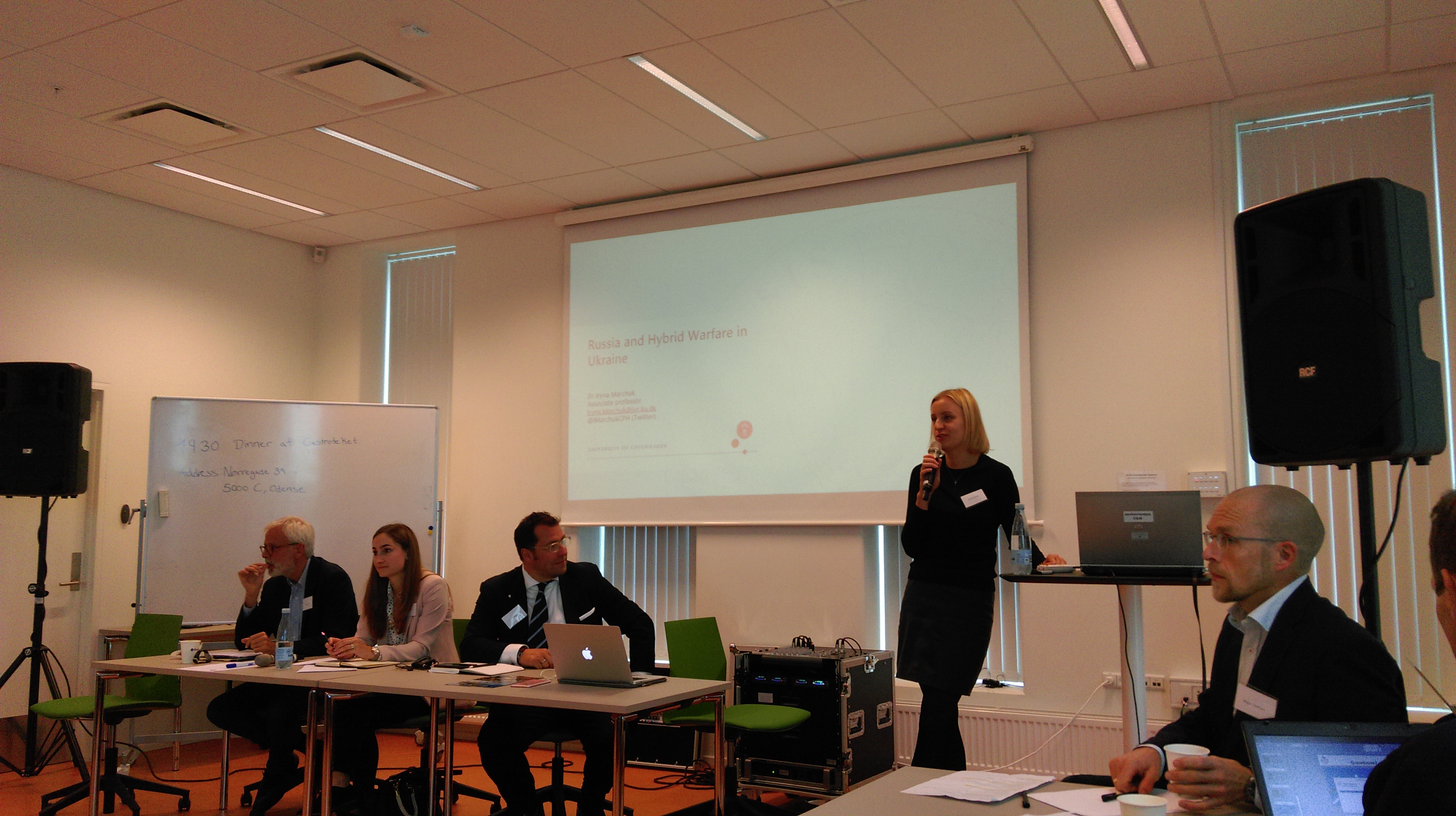 After a break, the second panel focused on the relationship between continuity and change in how technology impacts war. The panel started with Caroline Kennedy-Pipe (University of Loughborough), who, using drone strikes as a key topic, argued that the ethical implications of a permissive application of modern air power have begun to degrade the post-Westphalian order, human rights norms, and precipitated a disregard for international organizations.  Ian Ona Johnson (University of Yale) presented how the Soviet Union was a forerunner in envisioning future wars with the case study of the remote-controlled ‘Teletank’, which opened a new chapter in mechanized warfare.  This chapter of Soviet military technology was brought on by young officers who drew from science fiction, but because of Stalin’s Purges these Soviet theoreticians were arrested due to close affiliation with Leo Trotsky. For NATO the rapid development of technology has created opportunities and challenges, which was the focus of Olivier Schmitt’s (Center for War Studies) presentation. Due to two accelerators in technology, namely hypervelocity missiles and offensive cyber capabilities, the alliance faces a strategic dilemma between military integration versus political autonomy, where the compression of time triggered by new technologies re-intensifies the alliance strategic dilemma. The question therefore becomes that something will have to give in response to a potential crisis: either autonomy or military credibility. James Rogers (SDU) argued that an increased deployment of drones by the United States in a number of small states, such as Niger, can have economic, security, and political benefits, but it also shows some of the potential pitfalls in terms of risk of civilian casualties in light of the American drone program, and concerns in the Nigerian military over foreign military presence in the country. If the local population feels there is lack of accountability and trust, drone deployment by the US can create a spark for further dissent and unrest in small states. Beatrice Heuer delivered the key-note speech for the Conference, on the concept of war. For war is the center of the research interest of War Studies, and therefore its definition, intersubjective meanings, justifications, and rationalizations, define its essence. Definitions of war, peace, even the very field of International Relations, seem to be problematic especially in the light of the many different meanings that the term “nation” has acquired and changed over the years. At the same time, the states of Europe are experiencing the decentralization of governments and the erosion of the Westphalian system as distinct order of norms and institutions enforced by Western Powers; the future now belongs to intra-state conflict and intra-state deterrence. Additionally, the reemergence of xenophobic, nationalist ideas, with two-sided mistrust and build-up of hostility might materialize as a possible threat to Europe’s security. It is that security which should be at the center of War Studies; how to prevent war, stay relevant, be inclusive of a plethora of different polities in the study of war, and restore focus and meaning to the field of International Relations.

The third panel was focused on centrality of narratives, where Gry Waagner Falkenstrøm (SDU) presented her research on the role of narratives of Russia in the EU as a threat and a spoiler of European security order. For Gry Falkenstrøm the “sanctions narrative” matters in articulating unity among member states in the EU’s sanctions policy against Russia, even though that there are inconsistencies from a narrative perspective, such as keeping pressure on Russia while highlighting cooperation. This is dependent on which actor role is looked at when it comes to EU actorness. Chiara de Franco (SDU) presented how the role of language is not just about communication, but rather influences why we decide to act in a certain way. International relations can therefore be considered as a “spectacle” dependent on the practical knowledge, tacit knowledge, that forms how individuals make their decisions. Chiara introduced the concept of “logic of narrativity” in order to shed light on language as part of a competence to perform good politics. The logic of narrativity considers the role conception of military doctrine and organizational culture; a sense of time as to understand the role of technology in the past, present, and future; and the overall purpose of strategy as sense of direction.

The last panel was focused on war mobilization. Starting with Jonathan Krause (King’s College), the discussion opened with a historical presentation of rebellions in the French Empire during the 1st World War, a time of revolution and change. For Lasse Lykke Rørbæk (Aarhus University), what mattered in cases of armed rebellion was the political context, and less indicators of religious, cultural, or linguistic clashes. He argued that the way in which governments react and suppress armed rebellions affects the risk of an escalation of the violence. This received support from Fenja Søndergaard Møller, who presented her finding that legitimacy is the key in a group’s acceptance or not of their government or sovereign. Legitimacy limits the motives for rebellion, Fenja argued, and provides a less than fertile environment for the need to use violent suppressive measures. Finally, mobilization and connected practices were also Casper Sylvest’s (SDU) main subject. Focusing on nuclear fear during the early Cold War, Casper showed how emotions like fear, serenity, and power were represented and produced by civil defense forces and the Danish state in order to ensure that citizens would not be paralyzed by fear of a possible nuclear catastrophe. And as the conference came to close on Friday the 5th of October, Sten remarked the joy of being a scholar of War Studies, which is to realize that there are so many good questions out there worth pursuing in a complex and changing world.