Will Donald Trump bring back torture? Foreign leaders might need to step up to stop him

The swearing in of Donald Trump on January 20 has ushered in a new era for the United States. On his fifth day in office, the president is reported to be considering reopening the notorious CIA “black sites” used during the Bush administration’s “war on terror”.

The proposal, along with Trump’s open support for torture and waterboarding, could mean his presidency marks a return to what his predecessor Barack Obama has called a “dark and painful chapter” in US history.

Trump and his team have not hesitated in their support for waterboarding. On the campaign trail in 2016, Trump said:

The dark and painful chapter

Waterboarding, as described by NPR, “involves choking the victim by filling their throat with a steady stream of water – a sort of ‘slow-motion drowning’.” It is best known for being used by the CIA during the Bush administration’s “war on terror”. To use the technique, the Bush administration argued for a very restrictive legal definition of torture.

A series of memos from 2001 and 2002 show the Bush administration effectively made waterboarding legal by changing the definition of torture. On August 3 2002, CIA Headquarters first informed one of their “black sites” that they had approval to begin waterboarding and other “enhanced interrogation techniques”. Black sites were secret overseas prisons maintained by the agency in countries as diverse as Poland, Egypt and Thailand.

Over the next few years, waterboarding was used hundreds of times on what the CIA called “high-value detainees”. 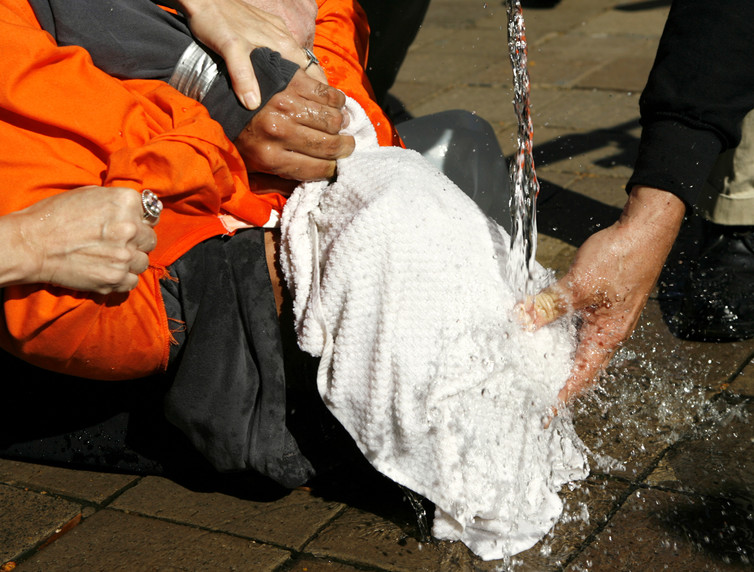 In July 2007, under pressure from a series of torture and mistreatment scandals involving detainees, President Bush issued an executive order that CIA detainees would be covered by the Geneva Conventions. President Obama subsequently issued an executive order revoking all of the Bush administration orders relating to the interrogation of detainees and prohibiting waterboarding.

As far as we know, Trump’s position on torture has not changed. In an interview with The New York Times, he said his defence secretary nominee, General James M Mattis, surprised him by coming out against torture.

Still, Trump explained, “I’m not saying it changed my mind. Look, we have people that are chopping off heads and drowning people in steel cages and we’re not allowed to waterboard.”

Of course, just because a president supports a policy does not mean he will be able to implement it. President Obama’s multiple attempts to close down Guantanamo Bay are a good example of how support for a policy and its successful execution can diverge.

Individual presidents are subject to many competing political pressures that both help and hinder them in realising their agendas. Understanding these political pressures is vital if we want to know whether Trump’s desire to reintroduce torture is likely to materialise.

Will Trump take the US back to the Bush era? Jason Reed/Reuters

Pressure from the American public

The opinion of the American public is central to Trump’s ability to institute waterboarding. He has said he takes the public mood about torture seriously. In his conversation with General Mattis, he said, “If it’s so important to the American people, I would go for it. I would be guided by that.”

But the American people do not, in general, disagree with their president-elect. The US public generally supports torture in the context of the terrorism and security.

In December 2016, an ICRC poll showed that 46% of Americans believed torture could be used on an enemy combatant, with 30% believing the opposite. In a March 2016 poll, 63% of Americans claimed that torture is often or sometimes justified, and only 15% claimed that it is never justified.

Throughout Obama’s presidency, Americans have consistently supported the use of torture. This has been part of a longer-term trend starting in the Bush presidency where, perhaps counter-intuitively, the support for torture began making gains after the scandals of Abu Ghraib and the revelations of torture at CIA black sites in 2005 and 2006.

If Donald Trump wishes to reinstate waterboarding, there is evidence to suggest that he could command at least a plurality, if not a majority, of support among the American people for his policies. From the perspective of electoral politics, there would be little preventing him from implementing such a policy and, indeed, he is likely to find support from large sections of the American public.

Pressures within the US government

If he tried to reinstate Bush-era policies, Trump would face both support and opposition from within the US government.

Institutional opposition from some sectors of government to the use of waterboarding has a long history. During the Bush administration, the US military and state department were opposed to removing the Geneva Convention rights from Taliban prisoners that would protect them from torture, though Bush eventually decided to ignore these recommendations.

This time around, the mere possibility that Trump would allow waterboarding led ex-CIA director Michael Hayden to declare that the CIA’s position would be: “If you want somebody waterboarded, bring your own damn bucket.”

The current CIA director, John Brennan, asserted that he would not comply with orders to waterboard prisoners as long as he was the head of the CIA. But Trump’s current pick for CIA director, Mike Pompeo, previously denounced Obama’s decision to close CIA black sites, where torture took place, and rein in government interrogators. Top generals in the US military have also come out against a return to waterboarding.

Members of Congress have spoken out on both sides. Some Republican senators, such as John McCain, have spoken openly against it. In November 2016, he said, “I don’t give a damn what the president wants to do … we will not waterboard. We will not torture people.”

Other Republicans, such as Tom Cotton, have argued that waterboarding isn’t torture.

Republican Tom Cotton has asserted that waterboarding does not constitute torture. Mike Segar/Reuters

The US government is seemingly split on the issue, so Trump can certainly expect political and legal resistance. This is particularly the case since it will be more difficult to rely on secrecy in the same way that the Bush administration did.

Trump’s open support of the practice will almost certainly lead torture opponents to be more vigilant in uncovering potential misdeeds.

In addition to pressure from within his own executive and government, Trump might face pressure from international leaders. We can see these effects if we look back to the Bush administration. Many countries were openly opposed to Bush’s use of torture, and this opposition strengthened between 2001 and 2008.

The cooperation that the United States did achieve with countries that hosted black sites, such as Poland, Lithuania, Romania, and Thailand, required both the transfer of large sums of money and consistent diplomatic effort to maintain highly unstable cooperative relationships – even when the programme was secret. Once it was revealed in 2006, it became almost impossible for the CIA to maintain existing partners or find new ones. 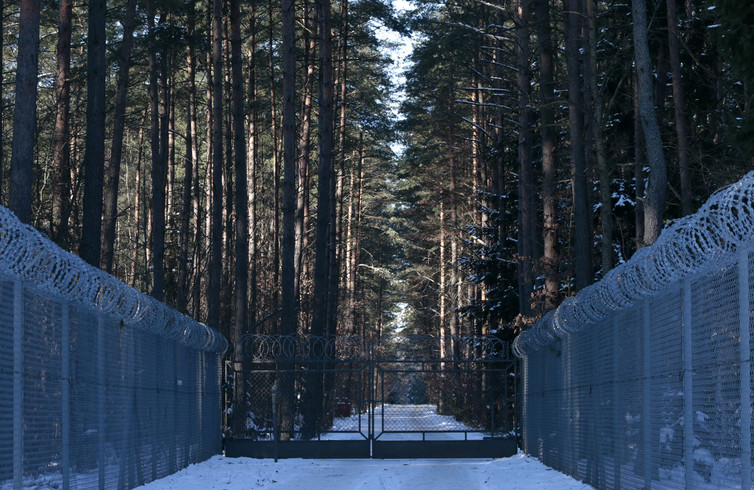 Assuming that international conditions are relatively similar, there is little to suggest that Trump’s waterboarding policy would find much international support among traditional American allies.

This is particularly the case since, unlike George Bush, Trump openly uses the word “torture”, which is unambiguously in violation of the laws of armed conflict and international human rights law.

Trump will almost certainly need to consider the diplomatic fallout of open waterboarding policy, particularly with respect to intelligence-sharing and joint military activities. In both of these areas, American allies are likely to be highly resistant to finding themselves involved in cooperation that involves the use of torture.

In Trump, we have a president-in-waiting who openly advocates for torture, supported by the American public.

Though he will face opposition from within the US government and legal system, if there are more successful terrorist attacks on American soil, the pre-existing public support for torture, combined with the momentum for the president to “do something”, might be difficult to overcome.

Reversing the support for torture among the American public is almost certainly going to be a long-term process. Until then, there is an important role for US allies to be clear about their disapproval, to make the international diplomatic costs of using torture clear.

Foreign leaders must stand up and add their voices to the domestic opponents of torture to make Trump think twice before instituting waterboarding. Statements such as that made by Angela Merkel, who stressed close cooperation based on “the dignity of each and every person”, need to be reinforced by other leaders.

With the public and some domestic lawmakers onside, president-elect Trump must be made fully aware that any attempt to reinstate torture will carry a great international cost.

This article was originally published on The Conversation. Read the original article.