Where is Turkey heading?

Based on lecture by Svend Olling, the Danish Ambassador to Turkey

On Wednesday, March 29 the Center for War Studies hosted Svend Olling, the Danish ambassador to Turkey. In his lecture about Turkey’s foreign policy and its future direction, he emphasised the difficulties inherent to the region, with Turkey neighbouring Syria, Iraq, and Iran.

Another thing the ambassador emphasised was Turkeys dependence on trade with Europe: 50 % of Turkish exports go to the EU and 75 % of Foreign Direct Investments (FDI) in Turkey are coming from Europe. Nevertheless, the population’s support for EU-membership has dropped to approximately 22 % during the last year, and the EU membership talks begun in 2005 are on the brink of collapse. Recent relations have been shaped by the migration of refugees from Syria and Turkey's relationship with Russia, but also by the coup attempt and an upcoming referendum on the introduction of a presidential system.

On July 15, 2016, Turkey witnessed a coup attempt where a section of the Turkish military planned to topple the government and unseat the President, Recep Tayyip Erdogan. Turkey has responded by arresting or dismissing tens of thousands of soldiers and state employees, but can Turkey abandon its ties with the EU and form an alternative alliance with autocratic countries like Russia or China? Olling thinks this is not a realistic option: “They need the EU. Without it, Turkey will experience a massive loss of resources.”

Despite the obvious current difficulties, Olling says: ”I refuse to be pessimistic about the long term.” He points towards trends in urbanisation and education that would suggest a closer relationship between Turkish society and the EU and emphasises that in the end, it would be in everybody’s interest if the relationship between EU and Turkey got back on track. 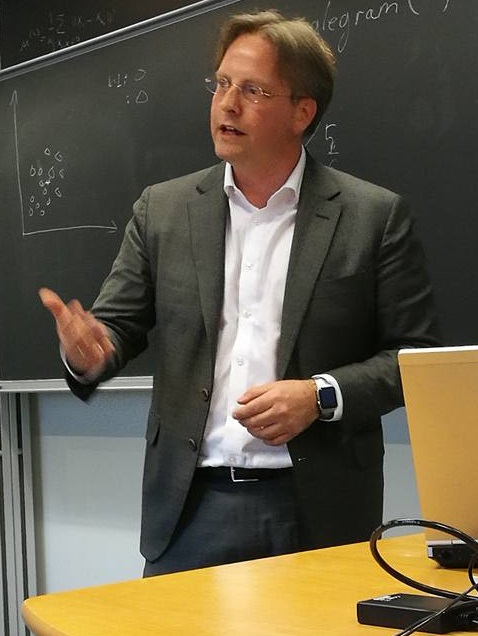