The challenges of prevention in the fight against terrorism

As we leave 2016 behind and we enter 2017, the existing threats to international security seem to endure and even thrive. Among the most visible ones, terrorism hits persistently different regions of the world, from Asia to Africa, from the Middle East to Europe. Here, the proliferation of terror attacks since 2015, recently reported also by the Global Terrorism Index, has reminded us why the prevention of terrorism should remain high on the agenda of scholars and policymakers.

Shifting the focus from the ‘war on terror’ to the ‘prevention’ of terrorism sounds like a really good change. After all, who does not like prevention? Much like the prevention of diseases, terrorism prevention aims at stopping the threat before it materializes.

However, prevention is a difficult concept to work with. First of all, you have to know the causes of the threat you want to prevent, in order to tackle them. Secondly, the effectiveness of prevention is very hard to measure because it produces a non-event. In this case, the absence of terrorism.

On the other hand, the difficult task of measuring the effects of terrorism prevention generates practical problems. Governments and other organizations may struggle to obtain the funds to implement their programmes, since budgets are usually proportional to tangible results. At the same time, a government may exploit the immeasurable nature of prevention to exaggerate the importance of its action, in order to get more legitimacy. Even more worryingly, it could repress political opponents by claiming that it is preventing dangerous individuals from harming the state.

Concretely, what has been done so far? European governments have developed different programmes based on the specific segments of population who are more likely to radicalize. However, sometimes they appear unprepared.

On one side, some countries, mostly from Northern Europe, have been testing for many years some innovative counter-radicalization programmes, directed mainly at their own citizens, which today are often referred to as Countering Violent Extremism (CVE) or Preventing Violent Extremism (PVE).

In particular, the United Kingdom, the Netherlands, Denmark and Norway are considered ‘the four European countries with the most extensive counter-radicalization initiatives.’ Also Finland, Sweden, Belgium and Germany have now some specific programmes on de-radicalization.

On the other side, the other European  countries have developed few specific counter-radicalization initiatives, if any, and they usually rely on generic integration policies or on programmes addressing racism and hate-crimes to prevent radicalization and terrorism. Some countries have also adopted tough measures towards immigrants with radical views, such as the expulsion of foreigners to their countries of origin. 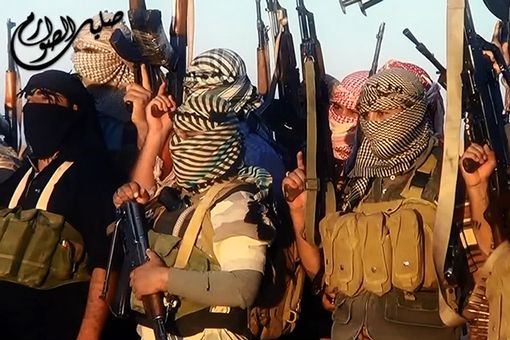 Before mentioning the practice of states and organizations, it is helpful to recall an important theoretical aspect of radicalization. Scholars tend to distinguish between cognitive radicalization (the adoption of extreme political ideas) and behavioral or violent radicalization (the use of violent methods to pursue any political aim). (Vidino and Brandon 2012, Neumann 2013)

The first projects to deal with cognitive radicalization in Europe were established already in the early 2000s in the UK, but these broad counter-radicalization programmes had to face two big challenges. Firstly, it was difficult to evaluate their effectiveness, since they aimed at influencing people’s ideas rather than their behavior. Secondly, they were too expensive compared to the perceived scope of the threat coming from radicalization.

It is about ten years ago that these programmes were reshaped to address mainly violent forms of extremism. In 2008, the European Union counter-terrorism coordinator Gilles de Kerchove appointed Denmark as the EU lead country on the prevention of violent extremism. This led to the creation of the pilot project ‘Deradicalization – targeted interventions’ in 2009. Two years later, a second project named ‘Deradicalization – Back on track’ was launched to tackle radicalization in prisons.

These were mentoring programmes, aiming at helping young individuals who had embraced a violent behavior or were believed to be susceptible to violence. Over time, the ‘Danish model’, which builds on the pioneering experience of the city of Aarhus, inspired other countries around the world to develop their own programmes.

This model is not free from criticism. In order to identify individuals at risk of radicalization, the authorities rely on local professionals (like teachers, psychologists and social workers) to report on suspect behaviors. Now, some claim that this model turns community members into spies and violates fundamental rights, such as freedom of thought and speech. The American Civil Liberties Union (ACLU) complains: ‘the CVE strategy risks being counterproductive, alienating the very communities it is meant to engage.’ It is undeniably one of the biggest challenges to CVE programmes, which are nevertheless proving some success so far.

Expulsions in the name of prevention

‘Soft’ measures such as CVE programmes are not the only existing strategy to prevent terrorism in Europe. Some countries have never really developed deradicalisation initiatives or have just begun to design them. Therefore, they have dealt with extremism in a rather different way.

France, for example, has committed to serious deradicalization efforts only after the 2015 deadly attacks in Paris. Until then, la république had not fully realized the risk coming from French citizens who had radicalized at home or abroad, despite the increasing concerns for the growing number of French foreign fighters in Syria.

Before the 2015 attacks, the French authorities used to take radical individuals off the national territory to bring them to their home countries. However, today this prevention à la française is just not possible any longer, because most ‘radicalized’ individuals are French citizens.

Italy relies on the same tool. If a foreigner is considered a danger for the national security, but he or she has not committed any crimes yet and cannot be arrested, the interior minister can issue an order to remove such person from the country with a one-way flight. After all, it is a quick and cheap solution. Moreover, most Italians apparently do not oppose it, while the former Italian interior minister Angelino Alfano, who had espoused this policy, was never seriously criticized.

Yet, this conception of prevention may well be short-sighted. It fails on deterrence, because there is plenty of cases of expelled people who have illegally returned to Italy. It does not aim at the re-education of the subject, contrarily to what the Italian Constitution envisages for criminal punishment. And it does not increase public security, since the individuals are not less free to engage in subversive activities than if they were imprisoned in Italy. They are just physically, and temporarily, away.

Most shortcomings may be solved if the authorities of the countries where these people return did not fail to control them. However, the available information on the agreements between Italy and such countries is very little and we can only speculate on the reasons why they are not effective. Arguably, the political pressure put on the local authorities is not enough.

Italy, like other countries, is now widening its tools to prevent terrorism. In 2015 the government implemented the UN Security Council resolution 2178 (2014) introducing a new counter-terrorism law, which increases the penalty for terrorism-related crimes involving online activities, self-training and the detention of explosives, and extends the powers of intelligence services and magistrates. Furthermore, the parliament is working on a new law on de-radicalization.

Looking at the bigger picture, in an increasing number of regions of the world, people demand their leaders to live in a zero-risk society, where extremism and terrorism are banned. The next years will tell us whether this goal can be achieved through prevention and what are Europe’s values of choice to get there.

The author would like to thank Professor Chiara de Franco for her useful comments to an earlier version of this article.