The jazz collections at the University Library of 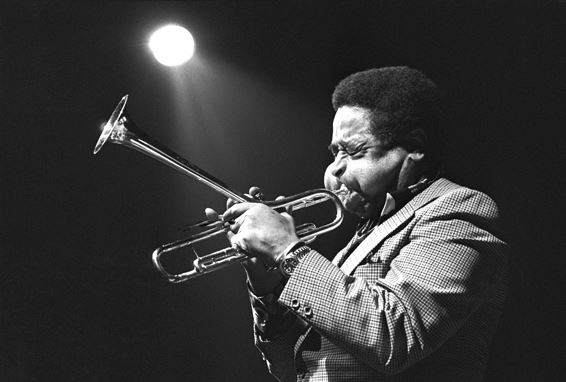 In 1959, the Danish jazz photographer Ole Brask (1935-2009) traveled to New York and became part of the city's jazz environment at a time when a number of epoch-making jazz albums were released. With his evocative and sensitive photographs, Brask perpetuated New York's jazz environment. He photographed people who lived their lives with jazz, and often chose to do so in the studio or when they practiced, rather than at concerts. This resulted in vivid portraits of some of the absolute front figures of the jazz scene, such as Count Basie, Dizzy Gillespie, Ben Webster, Louis Armstrong, Duke Ellington and Stan Getz.

In 2012, the Jazz Collections at the University Library of Southern Denmark were appointed – by close relatives of Brask – to receive the complete photo collection consisting of negatives. Subsequently, some 600 negatives were selected, digitized, image-processed and enriched with metadata by the Danish jazz photographer Jan Persson (1943-2018), who was familiar with both the jazz environment and Ole Brask’s collection. Jan Persson also contributed all the photos to Politiken's 2011 publication "Jazz in Denmark 1950-2010".
The rights to the Ole Brask Collection were given to to the SDUB Jazz Collections because of the library’s great efforts to promote our jazz archive in the form of book publishing, exhibitions etc. The Ole Brask Collection will eventually become available online.