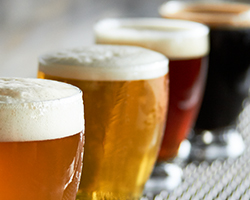 The conference reception of NWB2021 will be held at the local brewery’s bar ‘Anarkist’  and will include a beer tasting menu consisting of 4 different local beers. The beers will be introduced and we will learn a bit about their story and a few facts about beer brewing. We have a long tradition for beer brewing and Danish beer is considered among the best in the world. 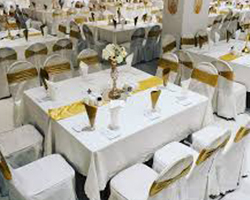 The conference dinner of the NWB2021 will be held at ‘Golden Palace’. Located in walking distance from the railway station and from Storms Pakhus, the most popular street food market and bar area in Odense Golden Palace has become increasingly popular as venue for parties in Odense. The deco style of Golden Palace is middle eastern and we will have a middle eastern entertainment surprise. It will be possible to buy wine and beer at the venue. But please note that if you want to buy wine or beer you must pay in cash and only DKK will be accepted. Soft drinks will be included in the menu.