The Per Andersen Prize

The Per Andersen Prize was instituted in 2012 by the Department of Business and Economics to honour Per Andersen for his great importance and the values he has brought and still brings to the economics programme at the University of Southern Denmark (SDU). Per Andersen was employed at SDU in August 1972, and has since then  dedicated himself to the development of the economics programme and the well-being of the students of economics throughout his now more than  40 years at SDU as a faculty member, a member of the academic study board of economics and as head of studies. The prize thus symbolises the dedication and care that Per continues to show in his work.

The Per Andersen prize is awarded each year in June at the graduation ceremony to a person, who has done something special for the economics programme (BSc.oecon. and cand.oecon.) and/or the students of economics at SDU. This could for example be a special teaching effort, a social initiative or a helping hand.

The awarding committee consists of the current Head of Studies at the academic study board of economics, the Head of the Department of Business and Economics, and a member appointed by Per Andersen.

Everybody can nominate a person for the prize. Nominations (including a short description of the reasons for the nomination) should be sent to Jan Guldager Jørgensen, Head of Department, e-mail: jgj@sam.sdu.dk.

Louise received the prize for her commitment to the Academic Study Board of Economics and her ongoing dedication towards the education programmes during her employment at Rambøll. She has successfully organized company visits at Rambøll and not least created some good student jobs in the company. Louise is an excellent role model for future graduates.

Lone began her appointment as Head of Studies and Chairman of the Academic Study Board of Economics and Math-Econ studies in the summer of 2014. In just one year she has made a number of significant changes in the education programmes for the benefit of the students. As a former math-econ student, Lone has been able to strengthen the bonds to IMADA, which benefits all math-econ students. Lone is exceptionally positive and dedicated towards her job as head of studies and always keeps the students in focus. With a large number of ideas and new initiatives Lone continues to develop the education programmes to make them even more attractive. 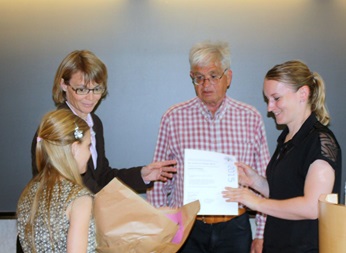 The Per Andersen Prize 2014
Charlotte Visbech Madsen, secretary to the Academic Study Board of Economics, received this year’s Per Andersen Prize for her enormous effort in running and developing the study board over the past 12 years. She is the primary reason why the Study Board of Economics is one of the best functioning study boards, and she takes a deep interest in the wellbeing of the students, always helping to solve their issues in the best possible way. 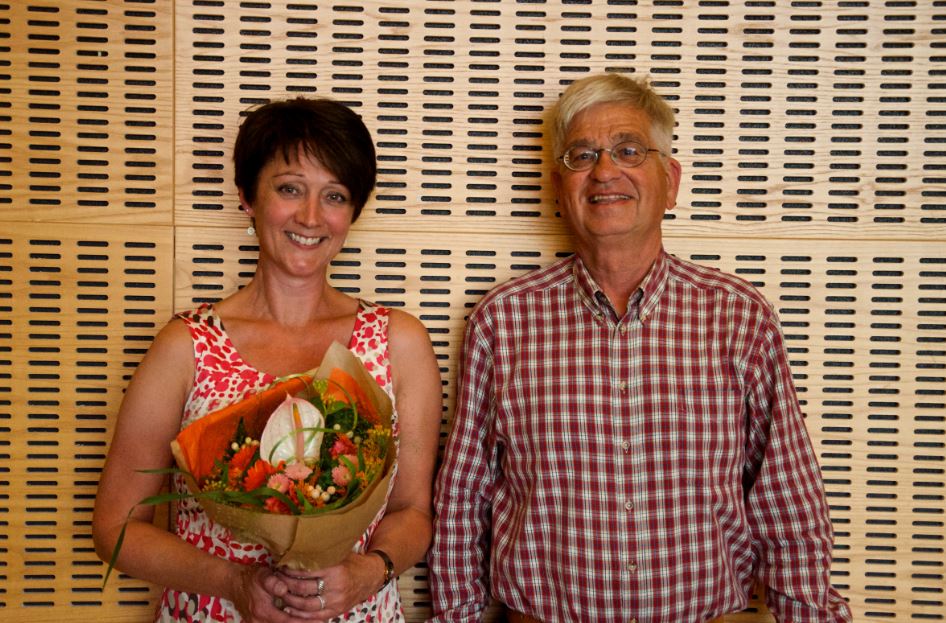 Charlotte Visbech Madsen and Per Andersen.

The Per Andersen Prize 2013
On June 28, 2013, the Per Andersen Prize was awarded to associate professor Bjarne Toft (IMADA) for his profound dedication to the Math-Econ (scient.oecon.) programme. Students and colleagues alike value his outstanding ability to contribute to the social and academic aspects of the programme as well as his kind and positive personality. 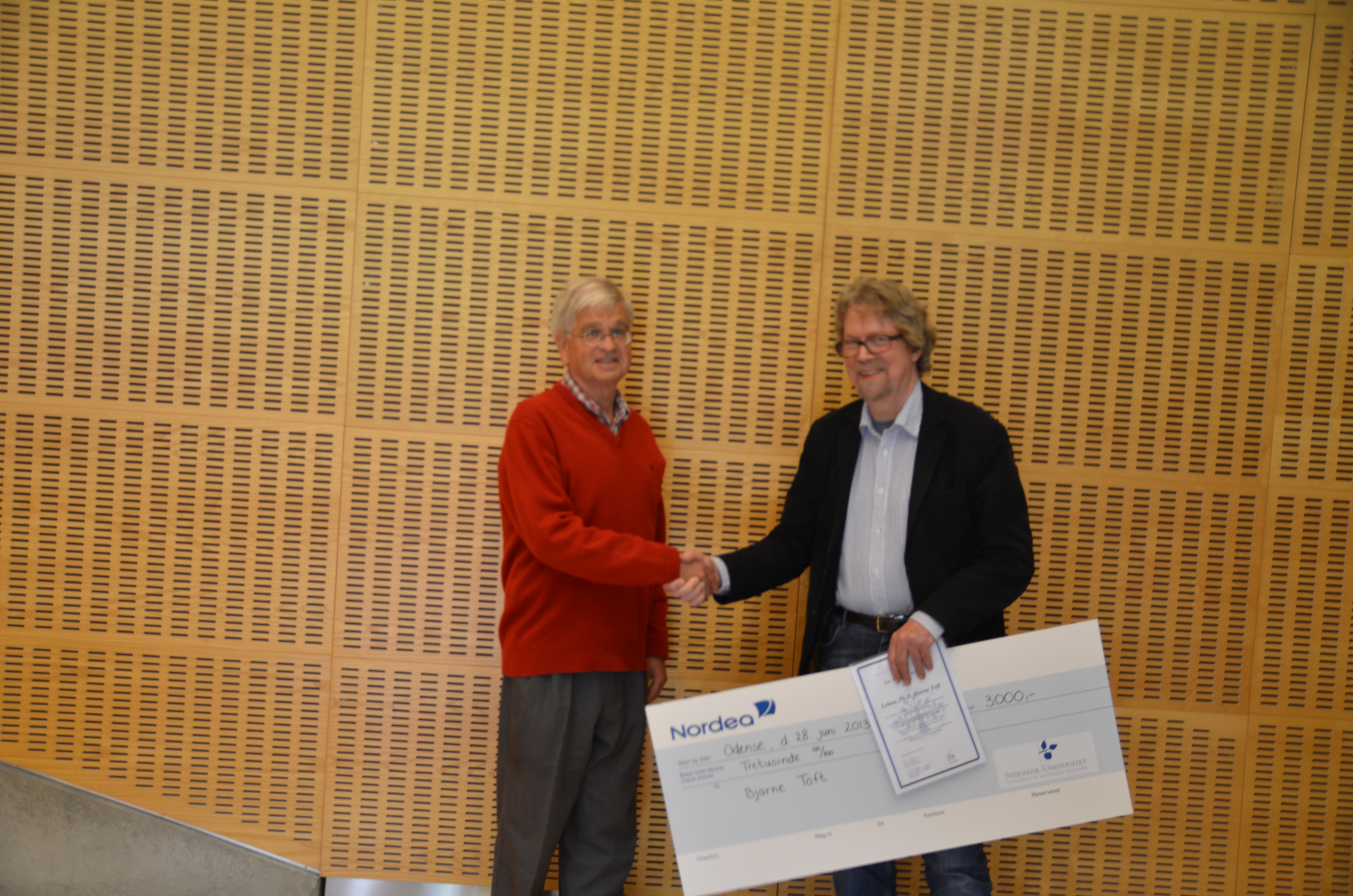 Per Andersen presents the prize to Bjarne Toft.