Contact the External Relations Team at the Faculty of Science

Contact the External Relations Team at the Faculty of Science

The External Relations Team is a small but strong and agile team with a solid experience in doing research, building grant proposal and navigating through the  European funding sources. 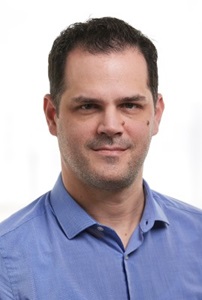 Harald Hasler-Sheetal left a position as research development manager at SDU-RIO where he developed large EU projects (e.g. the ERGO project at Biology) and supported SDU's involvement in the EU-reference groups for climate and bioeconomy.

During the past three years at SDU-RIO and during his postdoc at Nordcee, he learned to support and develop successful grant proposals.

Erica Delucchi is the newest member of Faculty of Science’s External Relations team. She will help researchers in diversifying the range of funding sources and opportunities suitable for them, whilst providing an open ear and a tailored advice.

Erica has a Bachelor Degree in Economics and International Marketing from the University of Modena and Reggio Emilia, Italy, and a Master Degree in International Relations from the University of Bologna, Italy. She has over nine years of experience working on European competitive funding in pre and post award in several entities from the public and private sector. Her latest position was as a Grants Specialist at Centre for genomic Regulation, Spain, responsible of pre-award management and professional guidance and support in preparing proposals to competitive calls from relevant funders (European Commission, National Institutes of Health).

Prior to that, she held the position of Research Developer at the University of Bologna, Italy, where she was responsible for developing and reviewing European grant applications, helping researchers in finding funds and representing the University in European R&I networks. 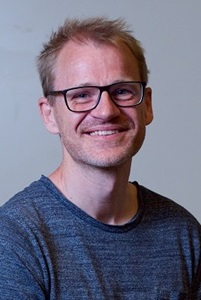 Philip Hallenborg left his position as ATAP in Professor Blagoy Blagoev's group at BMB to join External Relations on the 1st of April. He holds a Ph.D. in molecular biology from SDU. His many years of experience as a scientist will be an asset when supporting scientists at NAT reaching out for External Relations.

Besides facilitating activities in the CEBI-lab, Philip has been deeply involved in the application process for both national and international foundations. Having seen this process from the scientist's perspective, he is well aware of the many hindrances, investigators at NAT might experience along the hard and bumpy road of assembling a grant proposal.

Philip's role in External Relations will be to partake in the strategic development of the new unit, he will be involved in the contact with scientists across the faculty and he will be happy to assist in every aspect of the application process. Being a spare-time novelist and madly in love with putting words together, he will be especially keen on supporting the writing aspect of proposals.